The Predator ships have been featured in every single Predator movie, each with a completely different design.

We only see the ship in Predator once and that’s at the very start of the film. It glides towards Earth and drops off a pod with a Predator inside. Similar-style ships do appear in AvP which can be seen docked under the Mother Ship. 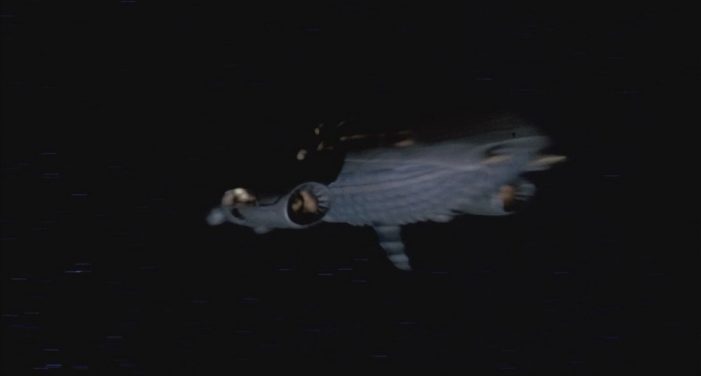 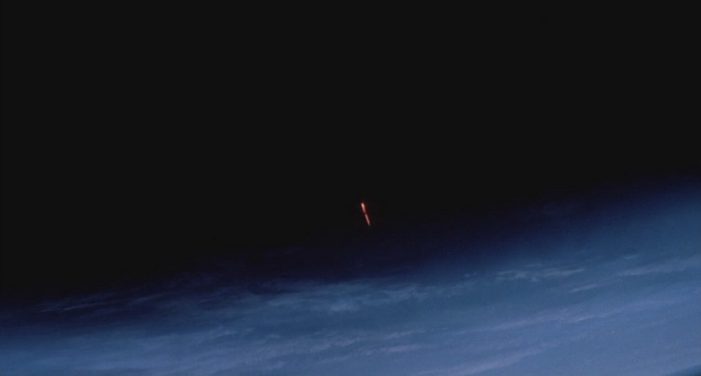 Predator 2 expands on the Predator mythology quite a bit. The final scene in the film takes place on a Predator ship. The outside of the ship is very different in design to the first one. The inside is made up of bright orange textures which feature different hieroglyphics. The most interesting part of the ship is the Trophy room which Harrigan sees. It contains five different skulls, three of which we can make out. One is a human skull, another is T-Rex skull and another is a xenomorph skull. We can only guess what the other skulls are. The ship also contains a clan of several Predators. After Harrigan kills the Predator and leaves the ship, the clan of Predators fly the ship away from Earth never to be seen again. 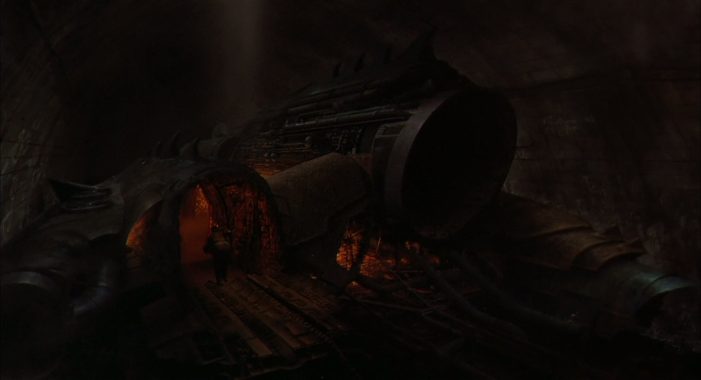 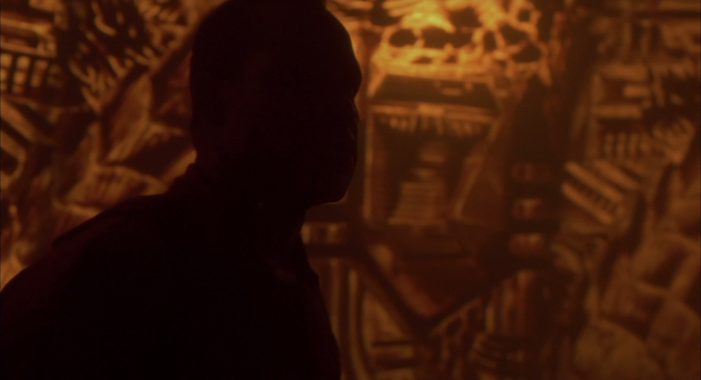 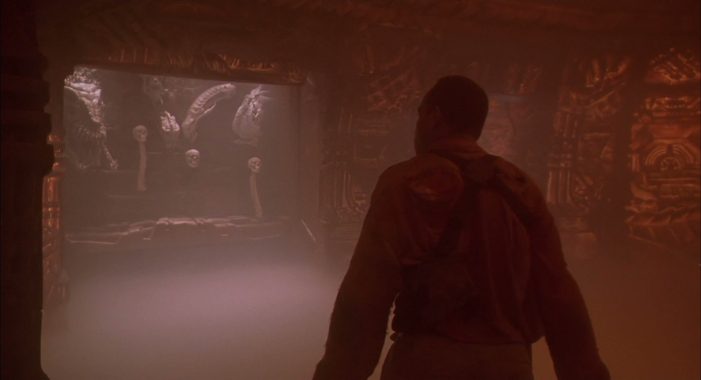 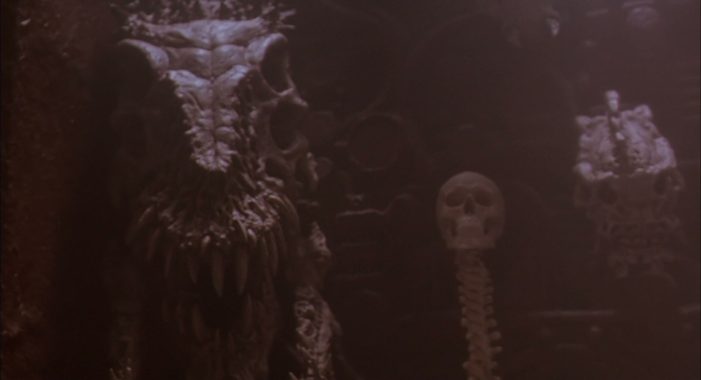 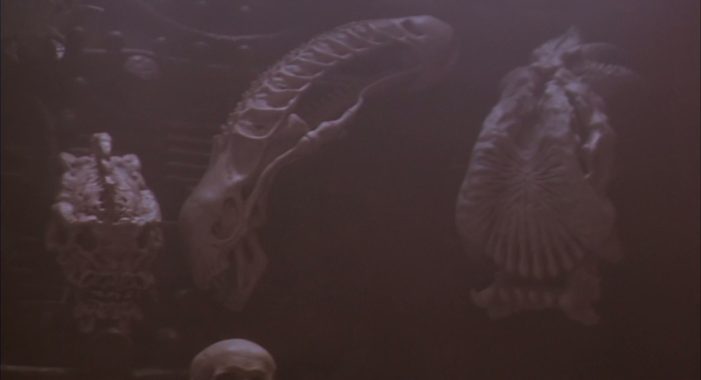 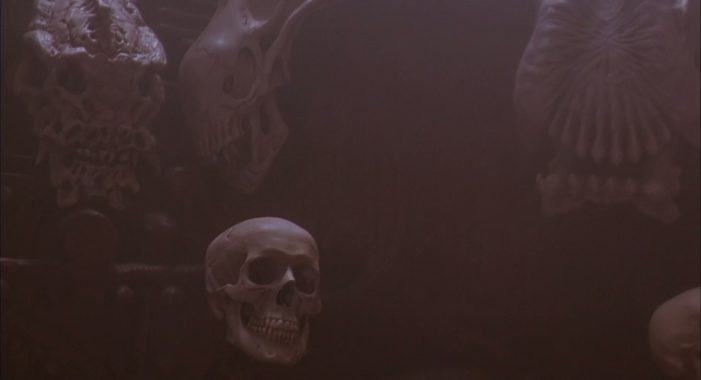 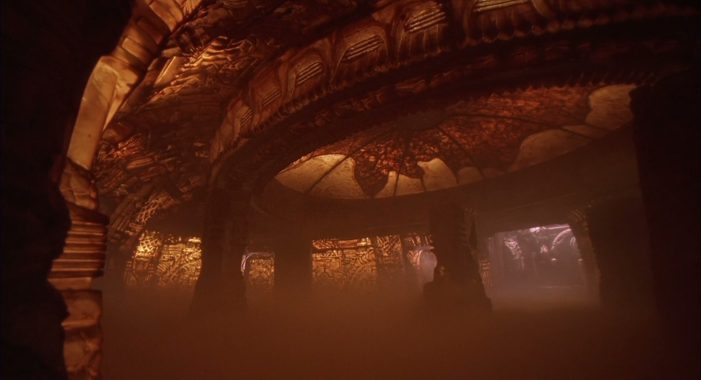 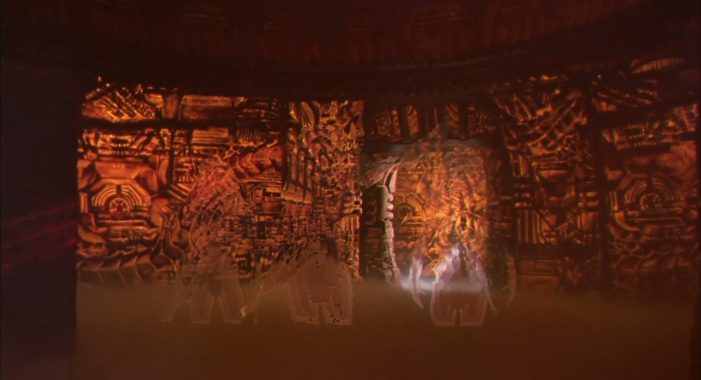 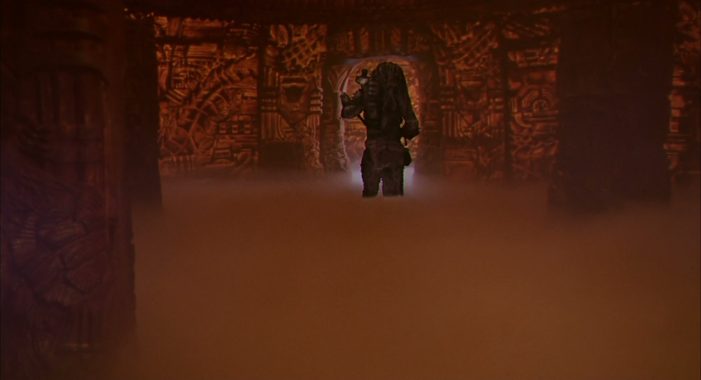 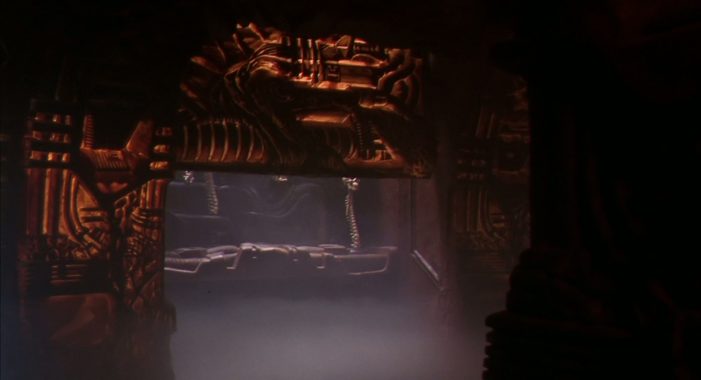 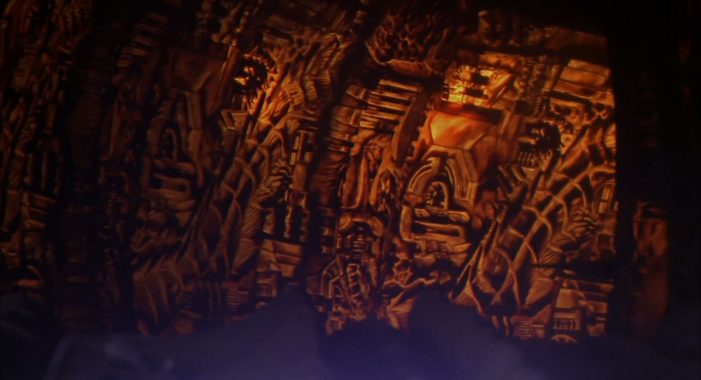 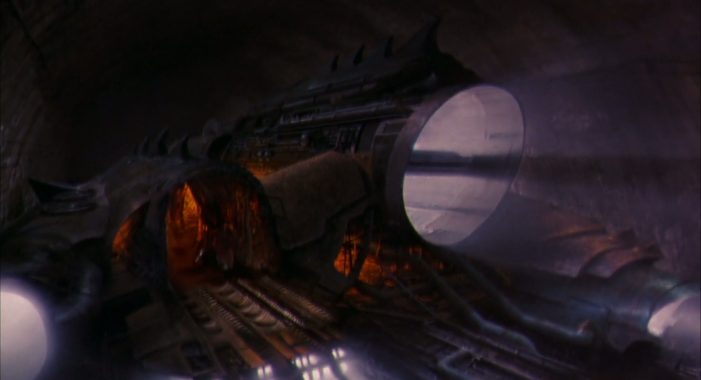 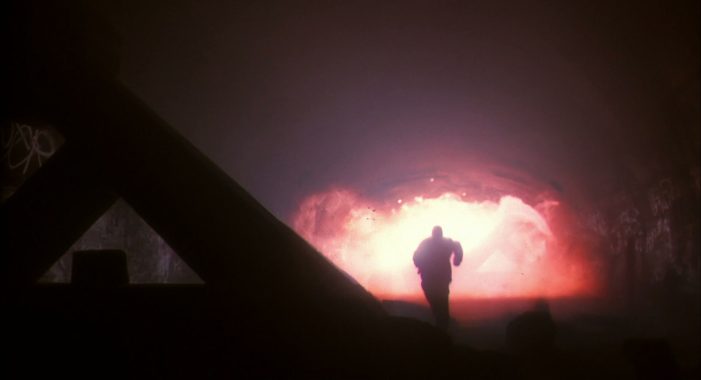 The Predator ship in AvP is referred to as ‘The Mother Ship’. It’s simply huge and able to hold possibly hundreds of Predators. It’s much larger than the ones seen in the first two Predator movies and it’s also a vastly different design. The ship can also be cloaked by the Predators making it invisible to humans. You can also make out smaller Predator ships, similar in design to the first Predator film, docked underneath it.

It’s never actually known if the Predators have some form of defensive weaponry on their ships. Presumably they do. They do have a very powerful and accurate blue laser which they used to penetrate the ice from the surface down to the pyramid. Just like on the Predator’s wrist equipment, the ship has some from of holographic equipment but this shows real-time images from within the pyramid as well as 3D mapping. The Mother ship can also send pods to Earth containing Predators. The pods in AvP are like sleek black/silver capsules which have three “wings” on the end and some sort of thruster. They crash into the snow in Antarctica and the Predators make their way to the pyramid.

I’m personally not too fond of this Predator ship. You can kind of tell it was man-made. The film also doesn’t explain why the Predators would have such a different ship from the events in Predator 2. In fact, in the flash-back sequence, it’s the exact same ship so they’ve had the same one for hundreds of years. I suppose this can be explained by different clans having different technology.

AvP Requiem is a direct sequel to AvP and starts off where the last one left off. On the Predator Mother Ship. In the Unrated cut, a scout ship flies from the Mother Ship right around the planet Saturn. It’s revealed that the Predalien Chestburster has morphed into an adult Predalien and has snuck onto the scout ship. We learn a bit more about the Predators and technology. The outside of the ship is similar the design in the original Predator. The inside is similar in design to what we saw in AvP. We see quite a few Facehuggers being held in glass jars. There’s also a Trophy Room with countless skulls but it’s really too dark to make any of them out. There’s also another part of the ship showing a holograph of a planet system. A battle ensues and the scout ship is sent crashing back to Earth.

On a Predator planet, another Predator, nicknamed Wolf, finds out what happened and departs the Predator homeworld in his ship for Earth to clean up the mess. His ship looks a lot smaller than the scout ships. When he reaches Earth, the ship ejects a pod the the Wolf Predator inside which crashes into a lake. The Wolf Predator also finds the crashed scout ship and destroys it.

See The Predator Spaceships for information about the ships in that film.