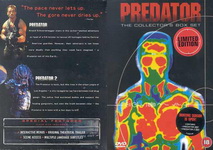 This is a review of the Predator DVD Boxset that was released in 2001. It contains both Predator and Predator 2 in separate cases.

I think Predator is truly a great film and the idea of another species coming to Earth makes this an incredible film. I assume if you’re reading this DVD review, you’ve probably seen the film and you’ll know how good it actually is. Anyone watching the film now, could probably not tell that it was made in 1987 and the special effects still look good now as they did when it was released in cinemas. Everything from the distorted invisibility state of the Predator down to the heat vision effects has been fantastically done. Seeing the creature’s equipment and weaponry in action is also an interesting aspect to the film. It should also be noted that this DVD has been cut so a lot of the more graphic scenes are missing. This wasn’t intentional – Fox used the wrong master for the disc by mistake.

For a more detailed and recent review of the film, view my Predator Movie Review. 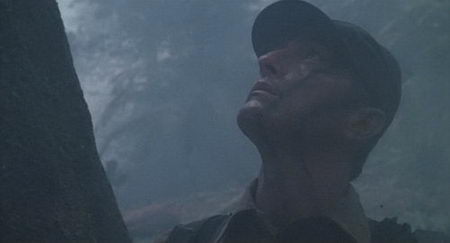 The picture quality isn’t that great. There seems to be a lot of dust which frequently appears throughout the movie and certain colours used in the film look strange. I think a lot more work should have gone into improving the picture quality of this DVD in order to make it sharper and clear. Compared to the video cassette version, it’s hard to tell which is the DVD and which is the video in terms of picture quality. 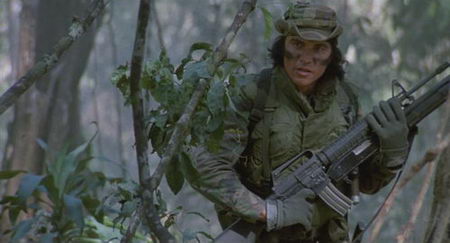 The audio track is presented in Dolby Digital 5.1 and it’s excellent on this DVD movie and a great addition to anybody with surround sound system. Speech can be heard from different directions and the same goes for explosions or gunfire. The sound is good on this disc but it isn’t as perfect as some other DVD movies but this is one great thing about the DVD. 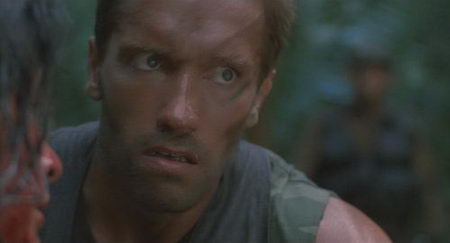 -Trailer
There’s only one special feature on the DVD and that’s the theatrical trailer. The theatrical trailer lasts just over 2 minutes and shows general clips of the movie. The picture quality is possibly worse than the film itself but that’s understandable since it was shown over a decade ago.

Since the Predator Special Edition DVD has come out in the UK, then I would not recommend getting this DVD version. The movie and the sound are brilliant but it fails in picture quality and special features.

The first time I saw Predator 2 was when I first bought this DVD and I didn’t like it all that much. My opinion has changed a lot since then and I do appreciate it a lot more – especially after seeing AvP. Predator 2 is a bit of an underrated sequel. It’s vastly different to the first Predator film but offers so many new things. The film takes place in LA where drug lords are being killed and chaos has overrun the city. A Predator, drawn by heat and conflict, finds its way there and starts killing people. The film offers plenty of insight into the predator’s background and shows off its new weaponry and vision modes. We also get to look at a Predator ship and how can anybody forget the infamous Alien skull in the ship. Danny Glover plays the lead role and he plays it well. I personally think it would have been hard to do any kind of sequel to John McTiernan’s Predator but I do like it.

For a more detailed and recent review of the film, view my Predator 2 Movie Review. 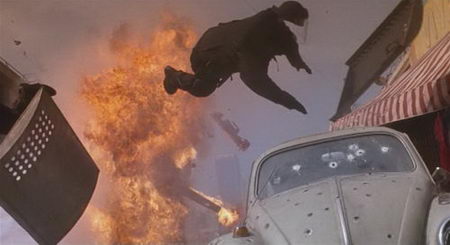 The transfer of the film onto DVD looks pretty good and far better than the transfer in the Predator DVD. The colours used in the film look quite good but perhaps in much darker scenes, some colours could be improved slightly. 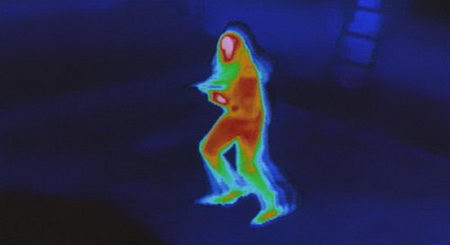 The disc contains a Dolby Digital 5.1 soundtrack which is very clear and sharp throughout the film. The rear speakers are used well too and you can hear lots of little details out of them such as gunshots. 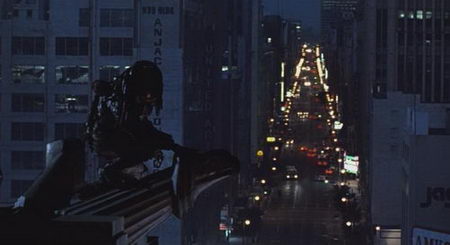 -Trailer
The theatrical trailer is the only special feature on the disc and it last for about a minute. Scenes from the movie are shows but that’s about it for the trailer.

Generally the film is stronger in parts than in the first film but is weaker in much more areas. Predator 2 is a lot more in depth in terms of characters and storyline but lacks the setting of a jungle and Arnold Schwarzenegger. Danny Glover does do a good job as the leading role but a lot of things are missing. If you’ve already seen Predator 2, then you can decide whether or not to get it. I’ve probably only watched Predator 2 once since I bought it whereas for Predator, I’ve watched it quite a few times. In my opinion this DVD brings little more than what the video version gives you except better picture quality.