This is a review of the Predator Special Edition Region 2 DVD that was released in 2002.

I think Predator is truly a great film and the idea of another species coming to Earth makes this an incredible film. I assume if you’re reading this DVD review, you’ve probably seen the film and you’ll know how good it actually is. Anyone watching the film now, could probably not tell that it was made in 1987 and the special effects still look good now as they did when it was released in cinemas. Everything from the distorted invisibility state of the Predator down to the heat vision effects has been fantastically done. Seeing the creature’s equipment and weaponry in action is also an interesting aspect to the film. As an added bonus to get the DVD, the film is the uncut version as opposed to the versions in the earlier DVD and video releases.

For a more detailed and recent review of the film, view my Predator Movie Review. 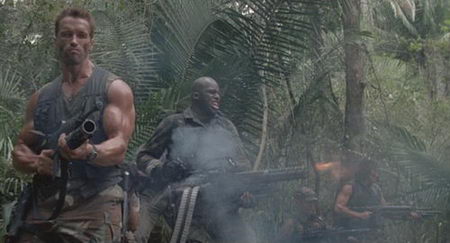 The picture quality still remains the same as the earlier DVD release with a lot of this so-called ‘grain’ in the opening scenes but it does improve after the few initial scenes. The colours used are presented clearly on the screen and there’s generally a lot of detail throughout the movie. Overall, the picture quality could have been improved but it mainly depends on what you like more on a DVD – the special features or the picture/sound quality. 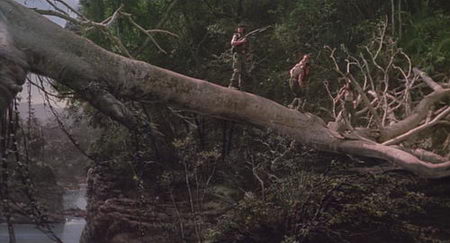 The sound throughout the film remains crisp and clear to anybody watching the film and gets even better if you have surround sound. The sound effects for the Predator’s weapons are brilliant and the sound guys have done a really good job sorting the soundtrack out on this DVD. The DVD comes with two soundtracks which are the Dolby Digital 5.1 and the DTS, and both perform very strongly.

-Audio Commentary from Director John McTiernan
The Audio Commentary, found on disc 1, features the director of Predator John McTiernan talking about each particular scene. If you’re a commentary fan, you might be a little disappointed with it because the director seems to have forgotten a lot of the happenings in the film. He also doesn’t seem to enjoy being there speaking because he sounds a little bored. If you’re not mad about commentaries, then this will be fine for you but maybe not for those who like commentaries. 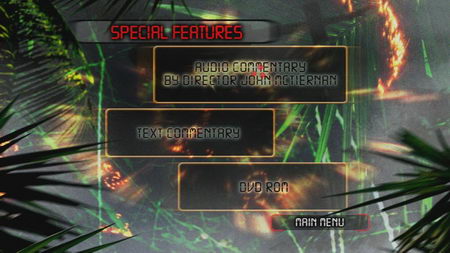 -Text Commentary by Crew
This features text commentary from film journalist/historian Eric Lichtenfield and interviews with:

-‘If it bleeds, we can kill it’ Documentary
This documentary lasts 29 minutes and features cast and crew talking about the different aspects of making the movie. There are key interviews with people like the director John McTiernan and other actors and it contains behind-the-scenes footage. The documentary covers the first aspects of the film, training the actors, the predator camouflage effect, and other general things. One good thing about the the making of the Predator is that it includes recent interviews as well as ones on the set of the Predator. There are subtitles in Dutch, French, German, Italian and Spanish but strangely enough not in English. 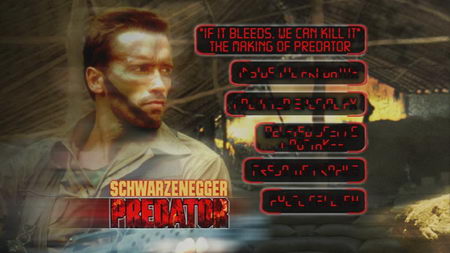 -Inside the Predator: 7 Featurettes
The featurettes are called Classified Action, The Unseen Arnold, Old Painless, The Life Inside (Tribute to Kevin Peter Hall), Camouflage, Welcome to the Jungle, and Character Design. Classified Action lasts 5 minutes and features interviews with cast and crew talking about the gun-fire scene which includes behind-the-scenes footage. The Unseen Arnold lasts 5 minutes as before and shows cast and crew talk about how great Arnold Schwarzenegger was to work with. Old Painless lasts nearly 4 minutes and features people speaking about the Gatling Gun which Blain and Mac used in the film. There’s also information given on the scene when Duke fired down half the jungle in trying to kill the creature. 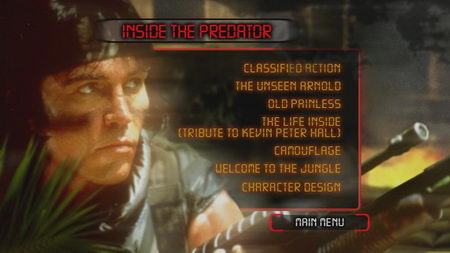 The Life Inside takes nearly 5 minutes and features a tribute to the man inside the Predator suit – Kevin Peter Hall. Camouflage lasts 5 minutes and is about how the group are camouflaged with their clothes and make-up to fit into the jungle. Scott Eddo, the Makeup Artist, talks about each individual character’s appearance in the film. Welcome to the Jungle lasts 3 minutes and John McTiernan amongst others speak about the jungle set. The last section, Character Design, takes 5 minutes and features crew talking about the weapons that each character has, the character development and the personalities in the film.

-Deleted Scenes/Outtakes
There’s only one deleted scene called Fleeing the Predator which last for nearly 2 minutes. This shows Dutch hiding from the Predator but the Predator soon finds him. The creatures uses its Plasma Cannon to fire a shot at Dutch but manages to escape with the Predator still presumably firing shots at him. There were no sound effects of the explosions towards the end of the clip and the shot also showed the ‘Red-Suit’ Predator swinging from a tree. Overall I’m a little disappointed with the deleted scenes because I thought there would have been more but still, the DVD makes up for it in other places. 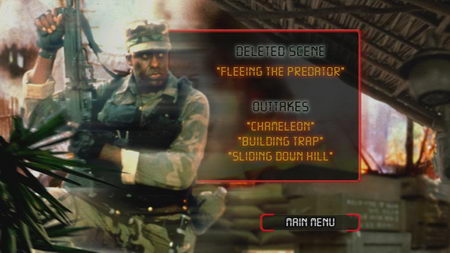 -Predator Profile
The Predator Profile is a set of slides that give an insight to its weaponry and equipment. The slides are about its Helmet, Telescoping Spear, Right Wrist Gauntlet (Forked Blades), Left Wrist Gauntlet (Communicator/Detonator), Shoulder Mounted Plasma Cannon, Razor Disk, and the Net Launcher. In my opinion, this profile is very informative about its weaponry but it’s far too brief so I think more text should have been included in the slides. 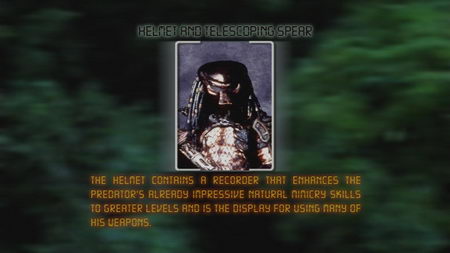 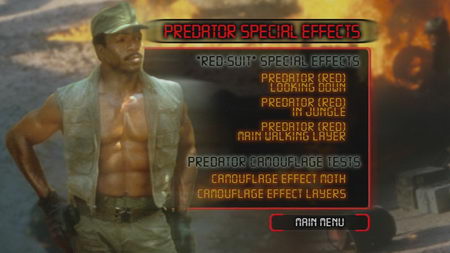 -Photo Gallery
Altogether there are 49 high-quality photographs regarding the cast and crew. I’m not a particular fan of photo galleries but there’s a lot for you to get through here and it gives you a look at the set of the Predator as well as key cast members. 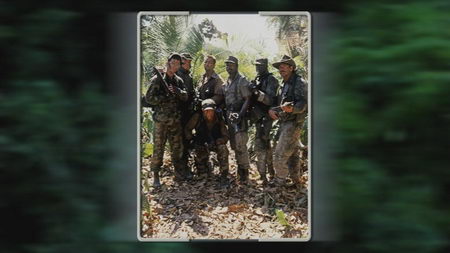 -DVD Rom
If you look into the DVD, you’ll find a 158MB Aliens vs Predator 2 Demo which features the second Predator level, Trap, the third Alien level, Escape, and the last section of the first Marine level, Unexpected Allies. If you haven’t played AvP2, now’s the time to. Playing this demo is what inspired me to make AvPGalaxy.

Easter Egg 1 (Disc 2)
To find the Easter Egg, go to Predator Special FX on disc 2, highlight “Main Menu”, push left and press enter and the clip is called Stan Winston: Practical Joker. The 3-minute clip features Stan Winston talking about a practical joke during the shooting of the movie.

Easter Egg 2 (Disc 2)
To find the Easter Egg go to Inside the Predator on disc 2, highlight “Classified Action”, push up and press enter and it’s called Jesse’s Ultimate Goal. You will see Jesse Ventura and cast talking about Jesse’s various jobs.

Easter Egg 3 (Disc 2)
To find the Easter Egg, go to Photo Gallery on disc 2 and on photo 16 press enter and it’s called Don’t Drink the Water. You will see the cast talking about how the got sick from drinking the water.

This is one DVD set that anybody should have in their collection regardless whether you’re a Predator fan or not. Even if you got the earlier DVD release either on its own or in the boxset, the special features on these discs are plentiful. You’ve got documentaries, featurettes, photo galleries, commentaries and the list is endless. This is simply one of Arnold Schwarzenegger’s best films to date along with Terminator and the only doubt I have with the DVD is the slight lapse in picture quality now and then but there’s more to a disc than that.