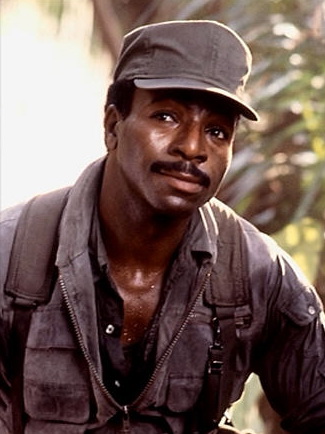 Al Dillon was a CIA agent working in Central/South America against a rebel group. The U.S. Army and the CIA hire Dutch and his team to rescue some “cabinet ministers” who had been kidnapped. Dillon accompanies Dutch and it was later revealed that Dillon lied about the cabinet ministers.

It was a trick to get Dutch’s team to wipe out the rebels in the area. During the mission, the team encounter a Predator who stalks them one by one. Dillon appears in 1987’s Predator, played by Carl Weathers.

Dillon was born in Los Angeles. After he joined the military, he served with Dutch in Da Nang, Vietnam and Cambodia during the Vietnam War. They later served together in a mission in Thailand.

Initial Attempts to Clear the Rebels in South America

By 1987, Dillon was working for the Central Intelligence Agency in Conta Mana, Central America where a rebel group was trying to overthrow an American-backed government in a South American country. A few CIA agents were surveying the guerrillas when their helicopter was shot down and was subsequently captured. Dillon then recruited Jim Hopper to lead a team of Green Berets to rescue the agents. Jim Hopper and his men disappeared after they entered the country. Dillon then recruits Dutch Schaefer and his team to wipe out the rebels patrolling in the area. Knowing that Dutch would refuse the mission, he concocted a story about a Guatemalan cabinet minister having been kidnapped along with his aides.

Dutch and his team arrived on a beach in Conta Mana, Central America where Dutch met his former commanding officer General Phillips. He said he had hired Dutch and his team, Poncho, Billy, Mac, Blain, and Hawkins, to rescue a Guatemalan cabinet minister and his aide. They had been kidnapped by guerrillas and taken to a country in South America. Dutch met his old friend Al Dillon in the next room who revealed he was now working for the CIA. Dillon tells Dutch that he will be accompanying Dutch which Dutch initially objects to as he prefers his team to work alone. Eventually Dutch agrees and A helicopter transported Dillon and the team into South America and dropped them off in the jungle.

The team soon discovers the wreckage of a crashed helicopter that had been carrying the cabinet ministers. Dutch became suspicious of Dillon after the downed helicopter had been taken out with a heat-seeker missile. Billy found tracks of the Green Berets and Dillon claimed they might be from another rebel patrol. Three skinned bodies hanging in the trees were also found moments later which Dutch realised were Green Berets out of Fort Bragg from their dog tags.

One of them was Jim Hopper, Dutch’s old comrade. At this point, Dutch was very suspicious of the reasons they were there. The squad pressed on to the guerrilla camp where a number of hostages were being held. Dutch witnessed a Soviet military officer executing a hostage. The team launched their assault on the camp, killing almost everybody including the Soviet officers. 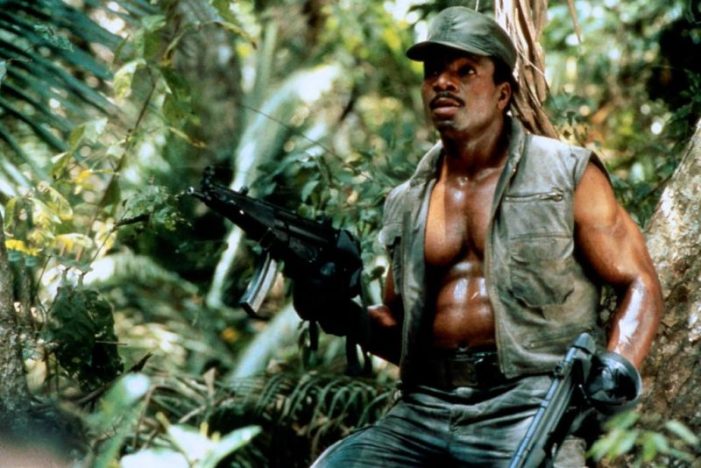 Dutch realised the other hostages were already dead and the team realised the “cabinet ministers” were actually CIA agents. Dutch confronted Dillon who confessed the mission was a set-up so they could retrieve intelligence from the CIA operatives. Dutch was furious and wanted to get to the extraction point. There was one survivor from the guerrilla camp – a woman called Anna. Dillon ordered Dutch to take her with them much to Dutch’s protests. Dutch tells Dillon that she’s his prisoner and he’s responsible for her.

Dutch and his squad make their way to the extraction point unaware they are being tracked by an unidentified creature. Anna hits Dillon and attempts to escape who is caught by Hawkins. The creature spares Anna but kills Hawkins and drags his body away. Dutch organises a search to find Hawkins’ body. During the search, Blain is killed and Mac and the team open fire into the jungle, injuring the creature. Dutch and his squad regroup and realise something is out there in jungle stalking them.

They set up camp for the night and put traps all around the camp. A wild pig inadvertently enters the camps setting the traps off. In the mayhem, the team discover Blain’s body has been taken and Dutch realises the enemy is using the trees to get around. The next day, his team set up another trap made from a net and wait until the creature comes back. The trap is successful but it doesn’t hold the creature for long. Poncho is injured by a falling tree and the creature escapes. Mac pursues it while Dillon follows him. 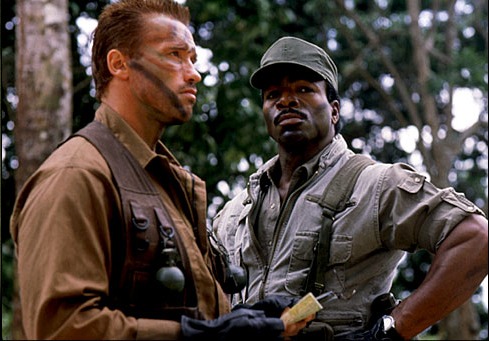 Dillon is searching for Mac when Mac suddenly grabs him. He shows Dillon an almost invisible creature in the jungle. They try to get closer to it. Mac is killed moments after leaving while Dillon spots the creature. As he fires his weapon, the Predator fires a plasma blast which severs his right arm. The Predators circles him and then impales him with its wristblades, killing him.

Dillon used to be a good friend of Dutch’s after having served together in the army but after the 1987 mission to South America, he was a changed man, having worked for the CIA for many years. He deceptively told Dutch it was a rescue mission when it was a merely a mission to destroy the rebels in the area. When Dutch realised he had been set-up, Dillon said they were nothing more than an expendable asset. After realising they were being hunted by something in the jungle, he did respect Dutch’s team a lot more. He went after the Predator with Mac so that the others could escape.

Carl Weathers said the actors on the film would secretly wake up as early as 3AM to work out before the day’s shooting. He also said that he would act as if his physique was naturally given to him and would work out only after the other actors weren’t around. 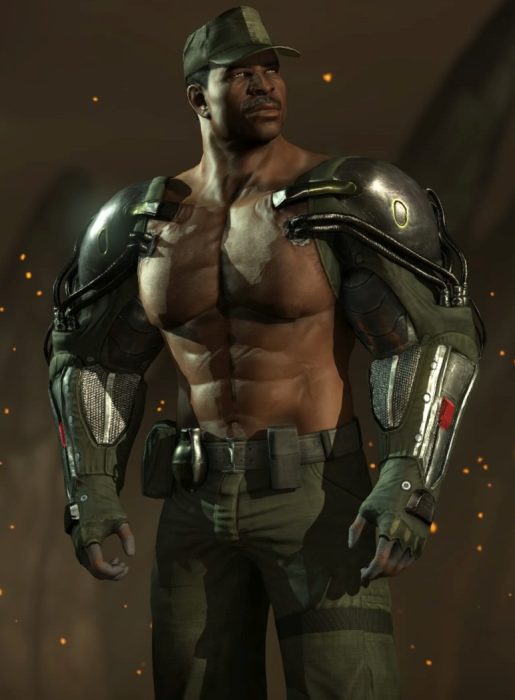