Below you’ll find a list of some Predator deleted scenes. The Special Edition DVD / Blu-Ray includes only one deleted scene and three short outtakes. A lot of other things have been cut out of Predator too that weren’t on any of the DVDs or Blu-Rays. I know the battle scene with the Guerillas was heavily cut.

Fleeing the Predator
There is a deleted scene where Dutch is running from the Predator. The visual effects of the Predator are incomplete so all you see is a guy in a red suit swinging from tree to tree. Dutch runs away, only for the Predator’s targeting laser to appear on his back. It moves up slightly onto a tree in front. Dutch manages to get away before the Predator shoots and it hits the tree. The sound goes mute for part of the deleted scene and you see Dutch running through mini-explosions in the jungle and he says at the end “Son of a bitch is playing with me”. 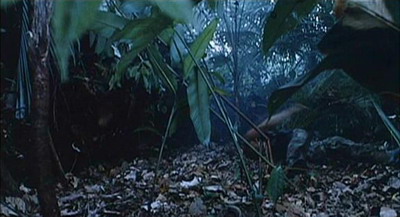 Chameleon
Anna is lying in a forest and picks up a chameleon. 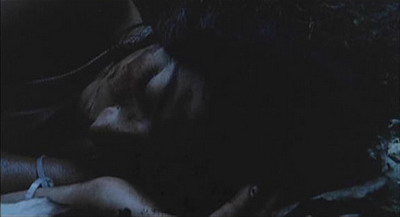 Building Trap
Shows more footage of Dutch preparing himself before the battle with the Predator. There is no sound in this deleted scene. 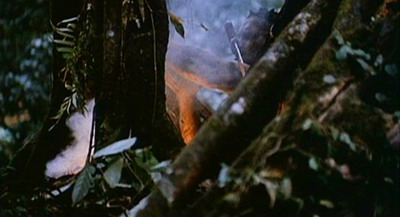 Sliding Down Hill
Shows a few takes of Dutch sliding down the hill. It’s more of a behind-the-scenes clip though it doesn’t contain any sound. 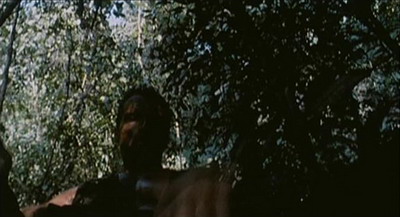