Date Released: 12th June 1987
Directed By: John McTiernan
Written By: Jim & John Thomas
Certificate: R
Tagline: Nothing like it has ever been on Earth before.
Length: 107 Minutes
Budget: $18M 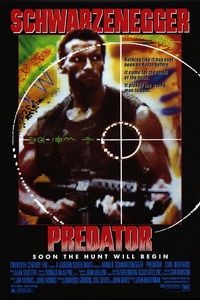 Dutch Schaefer (played by Arnold Schwarzenegger) and a team of commandos are recruited by the CIA to rescue some hostages who are help by guerrilla fighters in a South American country. After been dropped off by helicopters in the jungle, Dutch makes some discoveries along the way which suggest that they were misled by their government as to why they are here in the jungle. They soon discover the enemy camp and destroy the guerrilla fighters. Unknown to the team of commandos, someone or something is following them in the jungle…

After the release of Rocky IV in 1985, a joke was making the rounds saying that Rocky would have to fight an alien in the next entry in the series. Screenwriters Jim and John Thomas got to work and wrote a screenplay originally titled Hunter. It found its way to 20th Century Fox in 1985 and gave it to producer Joel Silver who Fox thought was the right person to turn the screenplay into a big budget film. Silver brought on Lawrence Gordon as co-producer and hired John McTiernan as the director which was going to be his first studio film.

New Zealand director Geoff Murphy was also considered to be director at one point. Producers Joel Silver and Lawrence Gordon first approached Arnold Schwarzenegger with the lead role. Schwarzenegger wasn’t keen on the script been about just him and the alien so he asked them to re-write it that featured him and whole team of commandos. The producers then had to find actors to play the commandos in the team.

Carl Weathers, who had played Apollo Creed in the Rocky films, was the first choice to play Dillon and professional wrestler Jesse Ventura was hired for the role of Blain. Native Americans Sonny Landham and Richard Chaves were hired along side Bill Duke, who had previously starred with Arnold Schwarzenegger in 1985’s Commando. The studio then hired Shane Black to play one of the commandos and to keep on John McTiernan due to his inexperience as a film director. 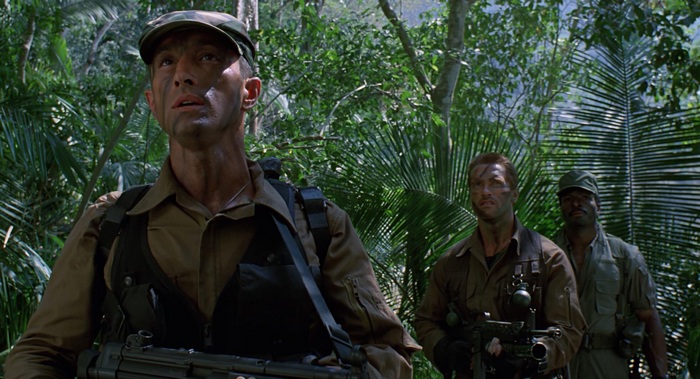 Jean-Claude Van Damme was chosen to play the predator and he was going to use his martial arts skills to make the creature a more agile hunter. Given the huge size of Arnold Schwarzenegger, Carl Weathers and Jesse Ventura, it was clear the producers needed to find someone much bigger than them. It was also reported that Van Damme was always complaining that the suit was too hot and he wasn’t happy that he wasn’t going to be on camera.

The producers cast 7 foot 2 Kevin Peter Hall instead who had just finished working on Harry and the Hendersons. The original creature suit was vastly different to what appeared in the film. Jean-Claude Van Damme was going to play the predator but he found the suit “too clumsy and too hot”. The suit had large yellow eyes and a dog-like head and was difficult to move in. After Van Damme left the project, there were money problems with the studio and the film was almost cancelled.

Due to Arnold Schwarzenegger’s other projects, filming of Predator was delayed for several months. Producer Joel Silver to have minor rewrites to the script by screenwriter David Peoples. Filming began in the jungles of Palenque, Mexico during the second week of April 1986. Most of the film was filmed in Puerto Vallarta in Mexico. Most of the footage of the commondos landing in the jungle was completed in a few weeks.

On April 25, 1986, filming was temporarily halted so that Arnold Schwarzenegger could fly to Hyannis Port so he could get to his wedding on time. He married Maria Shriver on April 26, 1986 and spent two weeks on holiday in Antigua. Meanwhile the second unit completed additional lensing. Filming resumed on May 12, 1986. 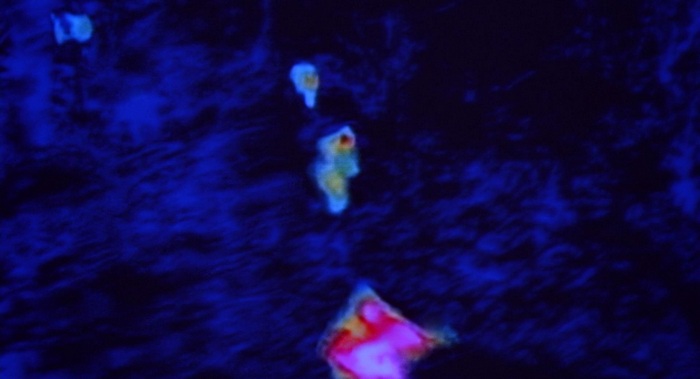 Both director John McTiernan and Arnold Schwarzenegger lost around 25 pounds during filming. McTiernan said he lost the weight because he avoided eating the food in Mexico due to health concerns. Most of the cast and crew except for McTiernan suffered from traveler’s diarrhea after the Mexican hotel they were all staying in had problems with the water purification. Carl Weathers said he and other actors would secretly wake up really early to work out in preparations for the day’s filming.

Arnold Schwarzenegger said that doing the film was physically demanding as he had to swim in very cold water and spent three weeks covered in mud for the final battle with the predator. The cast and crew also had to work in very cold temperatures in the Mexican jungle so heat lamps had to be switched on at all times. Kevin Peter Hall recounts his time on the movie as more of a survival story than a movie. It was difficult for Kevin Peter Hall to act in the costume because he couldn’t see out of it so he had to rehearse scenes with the mask off and memorize where everything was. He also found it heavy and off-balance. 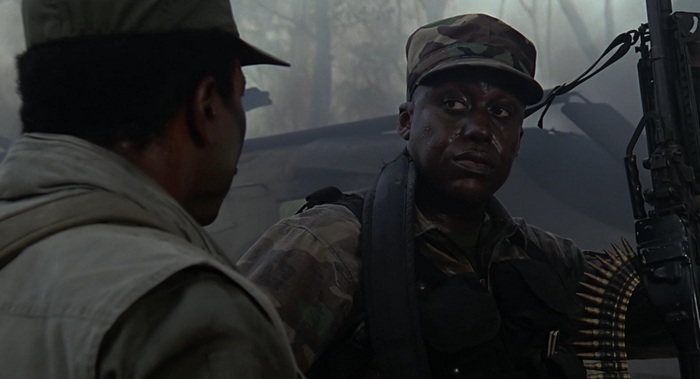 R/Greenberg Associates were responsible for the film’s special effects including the predator’s ability to turn invisible, its thermal vision, its glowing green blood and the electrical sparks when the predators comes in contact with water. The invisibility effects was created by using a man in a red suit and he was removed with chrome key techniques, creating an empty area. The filming was done again, this time without the actor but with a 30% wider camera lens.

When the two takes were combined, the jungle from the empty area filled the void in the first take. Because of the wider lens in the second take, the outline of the predator can be seen with the jungle scenery appearing to bend around its body. To create the predator thermal vision effect, the filmmakers used an inframetrics thermal video scanner as it gave strong heat signatures of objects and people. The glowing green blood effects was created by using the green liquid from glow sticks and it was mixed with lubricant to add texture to it.

To create the electrical sparks, the filmmakers used rotoscoped animation using white paper pin registered on portable light tables to black-and-white prints of the film frames. The drawings were composited by the optical crew for the finished effects. Other visual effects included the opening sequence with the predator spaceship flying near Earth which was created by Dream Quest Images. 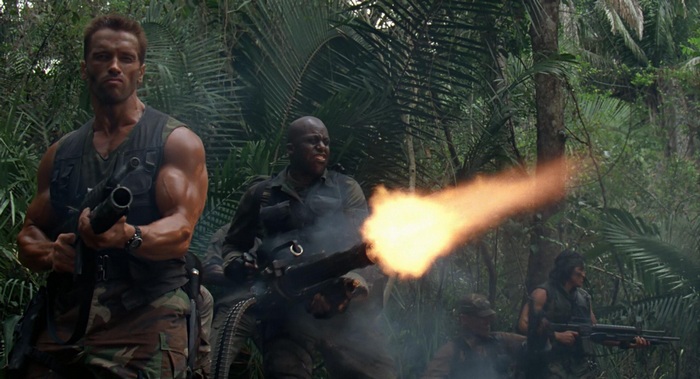 The film’s score was composed by Alan Silvestri who went on to score Captain America and The Avengers and at the time Predator was his first major action movie. The score is full of heavy horn blasts, staccato string rhythms, and undulating timpani rolls that highlight the film’s action and suspense. Little Richard’s song “Long Tall Sally” is also featured in the helicopter when the commandos are about to be dropped off into the jungle.

Alan Silvestri also returned to do Predator 2 making him the only composter in both franchises to compose more than one movie. The score was released as a soundtrack album in 2003 by Varèse Sarabande as part of its limited release CD Club collection. The 2010 Predators movie featured an adaptation of Silvestri’s score by John Debney. Intrada Records released the album in 2010 as a 3000-copy limited edition with remastered sound with some tracks combined and renamed. The album sold out with a day of release. 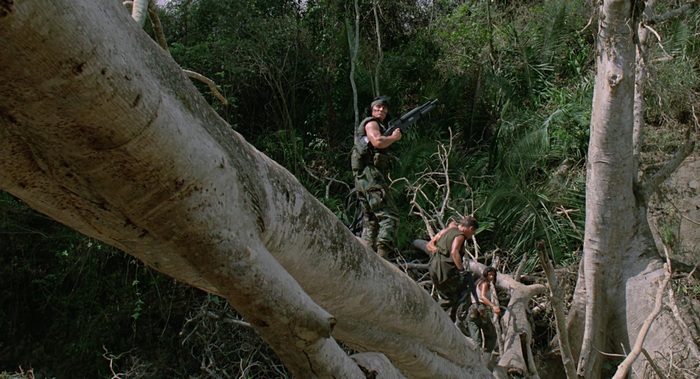 When Predator was released, critical reception to it was generally negative with many reviewers complaining about its thin plotline. Some critics liked the fast pacing of the action and the suspense it generated as well the great special effects. As time as gone on, Predator developed a bit of a cult following and many reviewers are much more favourable to it now. It currently holds a Fresh rating of 78% on RottenTomatoes based on 40 reviews. 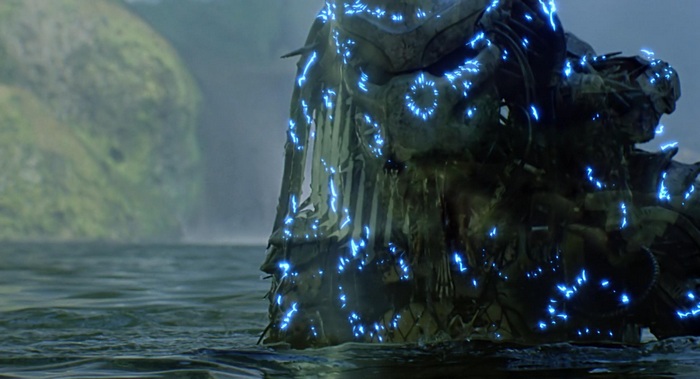 Predator was first released on VHS in 1992 and on DVD in 2000. Throughout the 2000s, Predator was re-released many times and was part of many different boxsets. The original DVD release didn’t contain any special features but in 2002, 20th Century Fox released a 2-Disc Special Edition in the UK. This contained an audio commentary with director John McTiernan, many featurettes, deleted scenes and photo galleries. It was eventually released in the US in 2004 as the Collector’s Edition.

Predator could be found as part of many boxsets including Predator 2, Alien vs Predator, AvP Requiem and Predators. The most notable sets were the Predator Deluxe Head Set which featured Predator, Predator 2 and AvP  found in a Predator head. Predator was first released on Blu-Ray in April 2008 but contained no special features.

It was later released in June 2010 as the Ultimate Hunter Edition which contained all the special features of the Special Edition set but also included a controversial new digital transfer. The picture had been cleaned up considerably using DNR and much of the grain had been removed. Predator was converted to 3D and released on 3D Blu-Ray in December 2013. It was also released as part of a Limited Edition including a Predator Head statue. 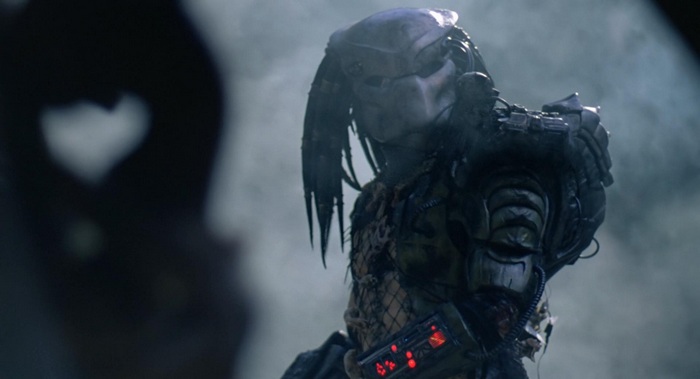 A Predator game was released by Activision on multiple platforms (Amiga, Amstrad CPC, Commodore 64, ZX Spectrum, Atari, MSX, NES) between 1987 and 1989. A third-person Predator game called Predator Concrete Jungle was released in 2005 for PS2 and X-Box. Predator has also been featured in various Aliens vs Predator games. Dark Horse released numerous comics and novels based on, or featuring the predator throughout the 90s up to the present. See the Literature section for more information. 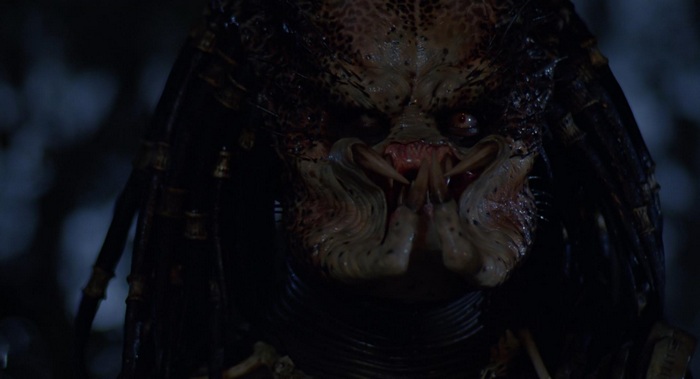