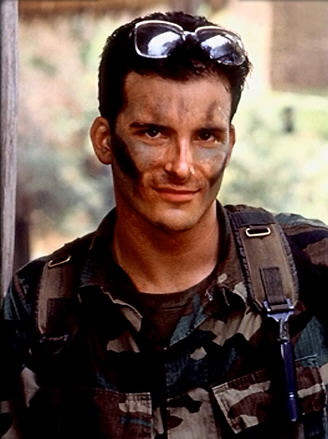 Rick Hawkins was a soldier and part a team of commandos. In 1987, the U.S. military and the CIA hired Dutch and his team for a rescue mission in the jungles of South America. Dutch’s team encounters a Predator who stalks them in the jungle. Hawkins was the radio operator on the team and was always making jokes. Hawkins appears in 1987’s Predator and is played by Shane Black.

Hawkins was born in South Boston, Massachusetts. In 1980, he joined Dutch’s private military team as a radio operator and in the subsequent years, saw action in Angola, Cambodia, Lebanon and Afghanistan. They recently ended a terrorist siege at the Sudanese Embassy in Berlin, Germany. He didn’t have much combat experience as much as other members but he was an expert in radio and communications. 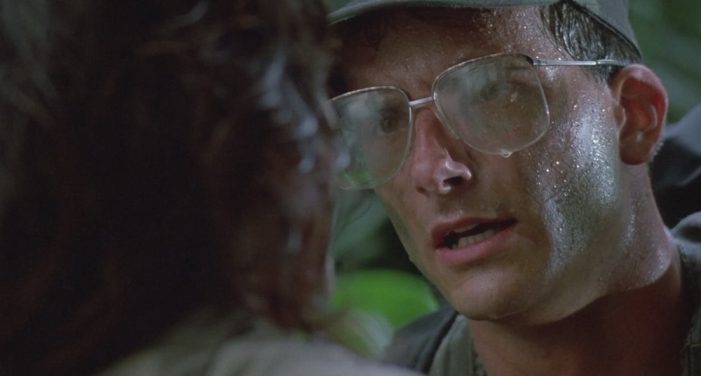 Billy was leading the group as he was an expert tracker. Dutch’s team soon discovers the wreckage of a crashed helicopter that had been carrying the cabinet ministers. Billy soon found three skinned bodies hanging in the trees which were Green Berets out of Fort Bragg. The squad pressed on to the guerrilla camp where a number of hostages were being held. The team launched their assault on the camp, killing almost everybody except a woman called Anna who is taken prisoner. Hawkins used the radio to learn that a bigger rebel force was closing in on their position.

Dutch and his squad make their way to the extraction point unaware they are being tracked by an unidentified creature. Billy is the first member to realise something is out there in the jungle that isn’t human. Anna attempts to escape who is caught by Hawkins. The Predator spares Anna but kills Hawkins and drags his body away. We see Hawkins’ corpse hanging from a tree.

Hawkins probably stands out the most from the soldiers in Dutch’s team as he was the only member to be wearing glasses. He often made crude jokes in an attempt to make Billy laugh which succeeded in the end. As we saw in the helicopter, he does have fast reflexes. When he was reading a comic book, Poncho threw something at him which he caught immediately. 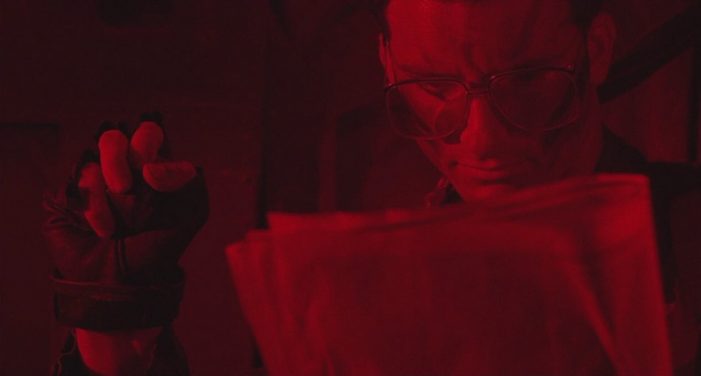 Hawkins seemed to treat Anna with a lot more respect than other members of the team. When he stopped her from escaping, it was clear he didn’t want to get too physical with her and tried to calm her down carefully.

Shane Black had just finished writing Lethal Weapon when he asked producer Joel Silver for a small acting role in Predator. Black was really brought on the film to do some script re-writes but Black ended up only improvising his jokes. He refused to do full re-writes to the script as he said he was on the film as an actor, not as a writer. According to producer John Davis, he implied that this was the reason he was killed quite early in the film.

To make his character stand out, they gave Black some wire-rim glasses and a red beret. Black said you don’t really wear a beret in the jungle and glasses weren’t really suitable for a soldier. So Black got rid of the beret but kept the glasses.