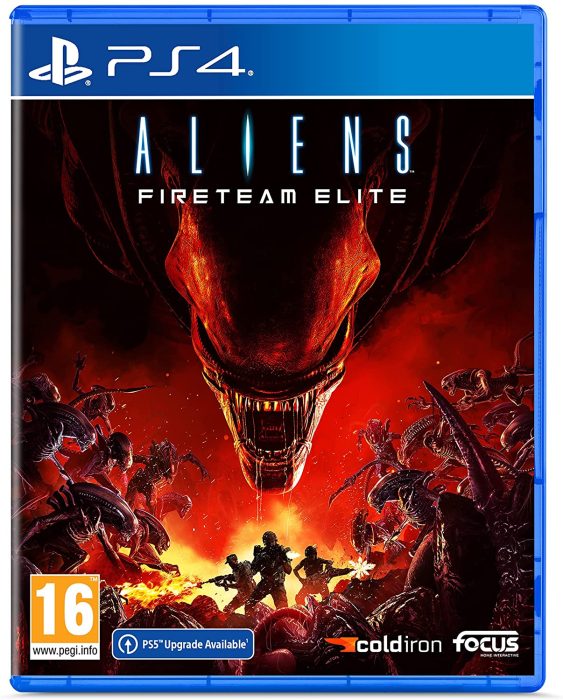 On January 17, 2018, FoxNext Game officially announced they had acquired the developer Cold Iron Studios and were developing a shooter in the world of the Alien franchise. Cold Iron Studios were founded in 2015 by CEO Craig Zinkievich, CTO Shannon Posniewski, and creative director Matt Highison, and its 25 employees are all joining FoxNext Games.

“I am a personal fan of Cold Iron’s previous work, and all of us at FoxNext Games are thrilled to be working with them as they create an action-packed persistent world, steeped in the mysteries of this beloved ‘Alien’ universe,”

“Our background in building online worlds and taking established franchises to the next level in interactive entertainment is a precise fit with [FoxNext’s] product road map ahead.”

On March 2, 2021, Cold Irons Studios’ new Aliens game was formally announced – Aliens: Fireteam for a Summer 2021 release. It is a cooperative third-person survivor shooter set in the year 2202, 23 years after the events of the Alien trilogy. Players will assume the role of a a Colonial Marine stationed aboard the USS Endeavor. You’ll play through four campaigns compromising of three missions.

You’ll encounter 20 different enemy variations, including 11 different Xenomorphs types from Facehuggers to Praetorians, each designed with their own intelligence to ambush, outsmart and ultimately take down any marines. There’ll be five unique classes – Gunner, Demolisher, Technician, Doc and Recon – each with their own special abilities and character perks. Players will be able to select from over 30 weapons and over 70 mods/attachments.

The announcement trailer was released March 2, 2021 while 25 minutes of gameplay footage was published on March 4, 2021. The Preorder Trailer was released in June 2021 showing off the game’s new name: Aliens Fireteam Elite and a release date of August 24th, 2021

You can find more images on Aliens: Fireteam Elite Screenshots.

Aliens: Fireteam Elite received a mixed reception from critics. It’s currently sitting on a score of 69 for the PC version on Metacritic with 30 reviews. Critics found that Aliens: Fireteam Elite stays true to its source material. The visual and sound design of the environment, enemies and weapons remain faithful to feel of the films. The combat is fun and frantic. The various classes and progression system with all the different perks were well-received. Challenge Cards keep things fresh and add to the replayability.

The negatives were mainly around the game’s technical issues. Sound and dialogue may suddenly cut out and there are issues with enemy artificial intelligence with Xenomorphs getting stuck in places. IGN gave it 7/10 and mentioned its repetitive nature saying: “The caveats, of course, are having to put up with repetitive scenarios and some excruciatingly drawn-out missions. Aliens: Fireteam Elite may not be a triumphant win, but it’s far from a game over, man.”

Gamespot gave it a positive 8/10: “There’s so much satisfaction in customizing and managing a handful of classes with enough depth to transform them into the Colonial Marine you need at a given time, along with a plethora of great weapons to make the moment-to-moment action engaging from the first time you pull the trigger. What it lacks in dread it makes up for in pure white-knuckle action, making Aliens: Fireteam Elite a great place to engage with this iconic sci-fi franchise again.”

You can full the full news archive for the game here.