Following on from the Best Buy news this morning, a new trailer for Cold Iron Studio’s new game has confirmed the change in title and the August 24th release date. In addition to the confirmation, we also get a look at a new enemy type and an Engineer’s Pilot Chamber!

We’ve also got the announcement of the pre-order incentive – the Hardened Marine Pack – which includes a chestburster emote, a bandana, digital red camo weapon colour and a weapon decal pack. 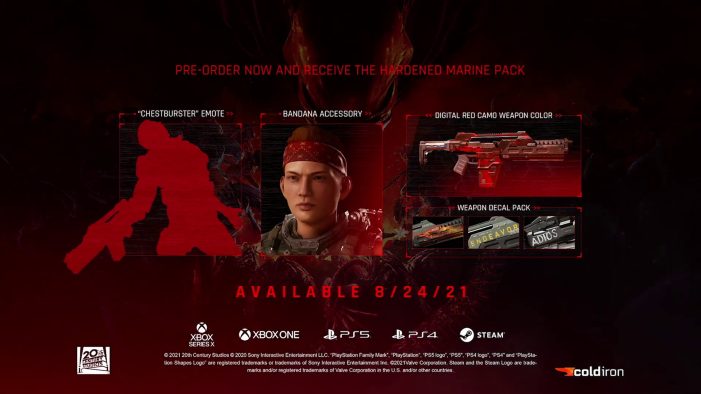 A $69.99 “Deluxe Edition” will also be available which includes some cosmetic downloadable content known as the Endeavor Pass and the Endeavor Veteran Pack. 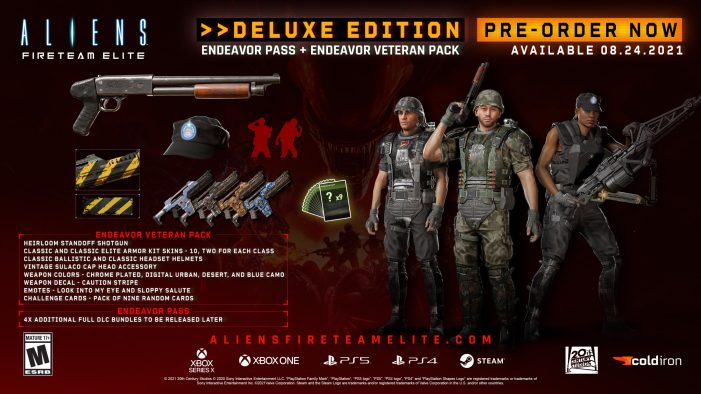