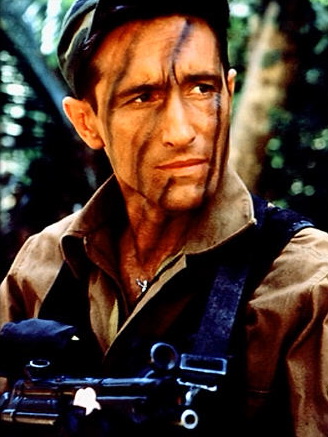 Jorge Ramirez, otherwise known as Poncho, was a soldier and part a team of commandos. In 1987, the U.S. military and the CIA hired Dutch and his team for a rescue mission in the jungles of South America. Dutch’s team encounters a Predator who stalks them in the jungle. Poncho becomes fatally injured towards the end of the mission. Poncho appears in 1987’s Predator and is played by Richard Chaves.

In 1980, he joins Dutch’s private military team and in the subsequent years, saw action in Angola, Cambodia, Lebanon and Afghanistan. They recently ended a terrorist siege at the Sudanese Embassy in Berlin, Germany. The Afghanistan mission, in particular, was very memorable to Poncho as being a tough mission. In the mission to South America, he asks if Dutch remembers the Afghanistan mission.

Dutch’s team soon discovers the wreckage of a crashed helicopter that had been carrying the cabinet ministers. Billy found three skinned bodies hanging in the trees which were Green Berets out of Fort Bragg. The squad pressed on to the guerrilla camp where a number of hostages were being held. The team launched their assault on the camp, killing almost everybody except a woman called Anna who is taken prisoner. 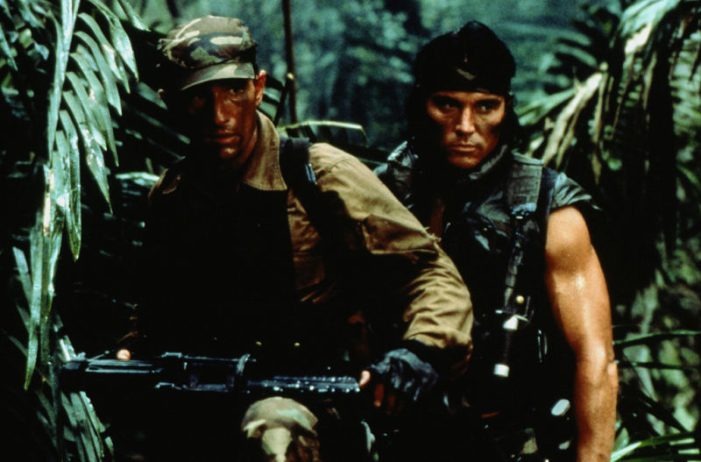 Dutch and his squad make their way to the extraction point unaware they are being tracked by an unidentified creature. Anna attempts to escape who is caught by Hawkins. The creature spares Anna but kills Hawkins and drags his body away. Dutch organises a search to find Hawkins’ body. During the search, Blain is hit with a projectile, and then the Predator fires his shoulder cannon burning a hole straight through Blain’s chest. Mac sees Blain fall to the ground and sees a strange figure in the jungle. He picks up Blain’s minigun and fires it into the jungle. Poncho couldn’t find any traces of the creature.

The team set up camp for the night and put traps all around to prevent anything from getting in. A wild pig inadvertently enters the camps setting the traps off. In the mayhem, the team discover Blain’s body has been taken by the Predator and Dutch realises the enemy is using the trees to get around.

The next day, his team set up another trap made from a net and wait until the creature comes back. The trap is successful but it doesn’t hold the creature for long. Poncho is injured by a falling tree and the creature escapes. Dutch and Anna carry an injured Poncho to the extraction point. After the Predator dispatches the other soldiers, the Predator catches up with Dutch. It fires its shoulder cannon which hits Poncho, killing him. 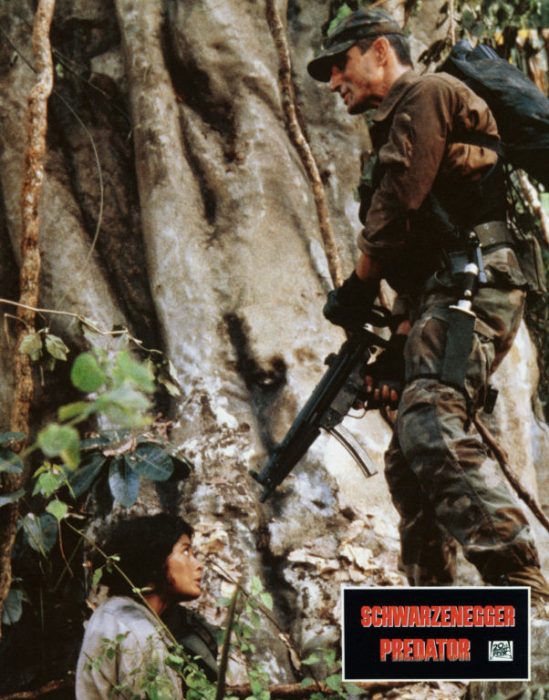 Poncho was a courageous soldier despite having a much smaller physique compared to the other squad members. Poncho was fluent in Spanish as well as English. He was often shown making wise-cracking jokes. Like other members of Dutch’s squad, he showed a lot of apprehension towards Dillon accompanying the group.