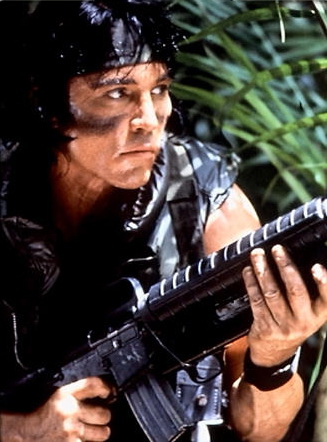 Billy Sole was a soldier and part a team of commandos. In 1987, the U.S. military and the CIA hired Dutch and his team for a rescue mission in the jungles of South America. Dutch’s team encounters a Predator who stalks them in the jungle. Billy becomes more spooked as the mission goes on and eventually is killed by the Predator in melee combat. Billy appears in 1987’s Predator and is played by Sonny Landham.

Growing up, Billy became an excellent tracker which he learnt from his native people. He was of half-Native American, half-Italian descent and as a child, his people would tell stories of how a Predator once hunted their ancestors.

At some point, he joined Dutch’s private military team and in the subsequent years, saw action in Angola, Cambodia, Lebanon and Afghanistan. They recently ended a terrorist siege at the Sudanese Embassy in Berlin, Germany.

Billy was leading the group as he was an expert tracker. Dutch’s team soon discovers the wreckage of a crashed helicopter that had been carrying the cabinet ministers. Billy looked at the tracks on the ground and determined how many people there were and which way they went. Billy soon found three skinned bodies hanging in the trees which were Green Berets out of Fort Bragg. The squad pressed on to the guerrilla camp where a number of hostages were being held. The team launched their assault on the camp, killing almost everybody except a woman called Anna who is taken prisoner. 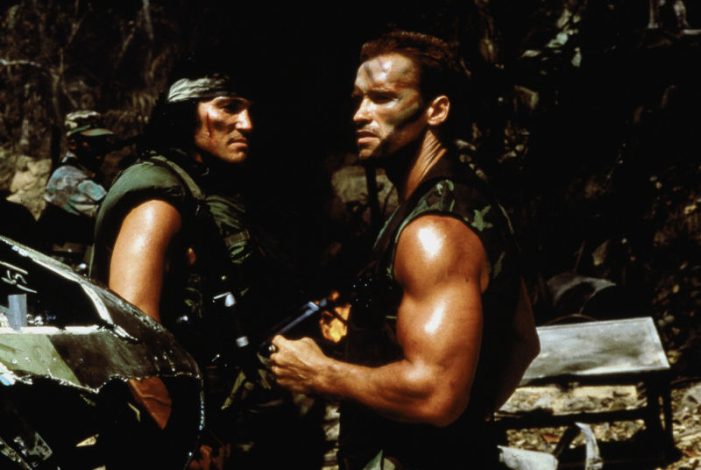 Dutch and his squad make their way to the extraction point unaware they are being tracked by an unidentified creature. Billy is the first member to realise something is out there in the jungle that isn’t human. Anna attempts to escape who is caught by Hawkins. The creature spares Anna but kills Hawkins and drags his body away. Dutch organises a search to find Hawkins’ body. During the search, Blain is hit with a projectile, and then the Predator fires his shoulder cannon burning a hole straight through Blain’s chest. Mac sees Blain fall to the ground and sees a strange figure in the jungle. He picks up Blain’s minigun and fires it into the jungle.

The team set up camp for the night and put traps all around to prevent anything from getting in. A wild pig inadvertently enters the camps setting the traps off. In the mayhem, the team discover Blain’s body has been taken by the Predator and Dutch realises the enemy is using the trees to get around. 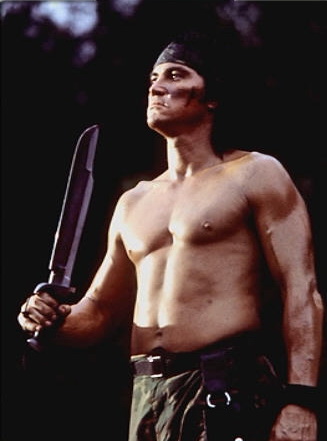 The next day, his team set up another trap made from a net and wait until the creature comes back. The trap is successful but it doesn’t hold the creature for long. Poncho is injured by a falling tree and the creature escapes. Dutch and Anna carry an injured Poncho to the extraction point. Billy follows behind them but stops on a log bridge when he hears Dillon’s screams. He discards most of his weaponry and only has a machete in his hand. He challenges the Predator to hand-to-hand combat but is killed in the battle. The Predator takes his corpse and takes his skull as a trophy.

Billy was an expert tracker and knew exactly which way the first unit was headed and how many were part of the group. Billy had somewhat of a sixth sense and knew there was something out there in the jungle that was watching them. As the mission goes on, he becomes even more unhinged and spooked by the events. After Dillon and Mac are killed, he snaps and faces off against the Predator using only a machete.

Actor Sonny Landham was a difficult actor to work with on the set, often becoming violent, so as part of his contract with 20th Century Fox, Landham had to pay for a bodyguard to protect other people from the actor.

In August 2000, Sonny Landham sued Lewis Galoob Toys, Inc and 20th Century Fox over his likeness rights when in 1996, Lewis Galoob Toys released a line of Micro Machines toys based on the characters in Predator. Landham signed a contract for his part in the film which detailed his start date, salary and that he would have to pay for a bodyguard. 20th Century Fox later sent him a “Deal Player Employment Agreement” which would have assigned all merchandising rights of the Billy character over to Fox. Landham never signed this contract. Lewis Galoob Toys claimed the figure in question was 1.5″ tall, had no eyes or mouth and was deliberately designed to bare very little resemblance to the actors. The court found that consumers wouldn’t ever associate the figure with the actor and as a result, Landham lost the lawsuit. 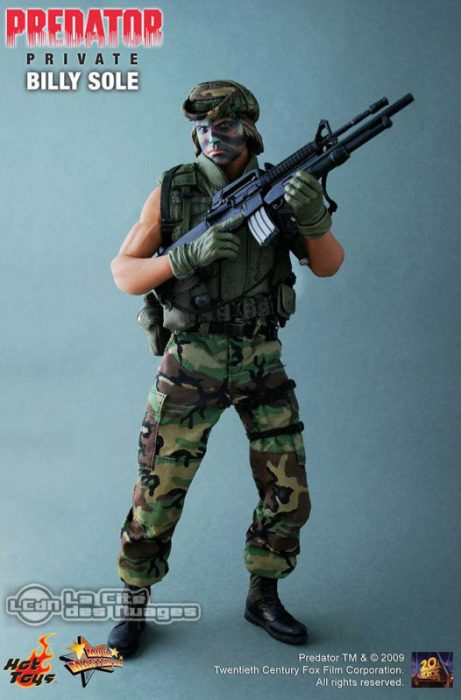 As mentioned above, Sonny Landham wasn’t happy that his likeness was used without his consent for the Micro Machine figures. Hot Toys did release a 1/6 Scale Billy Sole figure in 2009. It was rumoured that Hot Toys approached the actor to use his likeness but he refused. They changed the character enough by giving the figure blonde hair and covering his face with camouflage paint to protect themselves from any potential lawsuits.