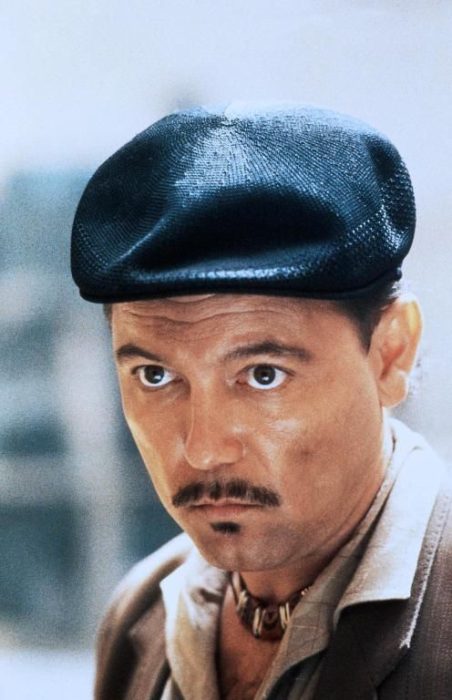 Detective Daniel Archuleta was a police officer with the Los Angeles Police Department and part of a small team at the Alvarado Precinct during the gang wars of 1997. While investigating the gang violence between the Jamaicans and the Colombians, their team encountered a Predator. Archuleta was killed by the Predator when he was investigating a crime scene.  Danny Archuleta is portrayed by Rubén Blades in 1990’s Predator 2.

Danny grew up on the streets of Los Angeles with his friend Mike Harrigan. Both of them ended up joining the police force at the same time. Harrigan attained the rank of Lieutenant Detective while Danny was a detective in Harrigan’s team.

We see Danny during a midst of a shootout between the LAPD and the Colombian Scorpions. It seems two police offers had encountered a drug deal taking place and were shot. Harrigan  pursues the Colombians into their stronghold along with his partners Danny and Leona. Before he could reach the Colombians, the City Hunter Predator drops in and slaughters them all apart from their leader El Scorpio. The LAPD assume that somebody working with the Jamaican Voodoo Posse was responsible for killing the Colombians.

After the events at the Colombian stronghold, Harrigan was warned to stay out of the gang wars by Deputy Chief Heinemann and Captain Pilgrim. They said the investigation into the crimes have been taken over by Special Agent Peter Keyes from the DEA. Danny and his team travel to another crime scene where drug lord Ramon Vega has been executed in his apartment as well as the Jamaicans who killed them. Harrigan realises there’s a new player in town, killing both gangs.

Agent Keyes and his team arrive and remove Harrigan and his team from the crime scene. Suspicious of Keyes’ intentions, Harrigan and Danny planned to sneak back into the apartment later that night. Archuleta arrived first climbed up to retrieve a tip of a spear. As he reaches it, he is spooked by the cloaked Predator and falls off the ledge. The Predator catches him and drags him back up and kills him.

Danny was clearly a spiritual man, as he could be seen grabbing hold of his necklace when he encountered a stressful situation. He was very loyal to Harrigan and like him, he didn’t mind bending the rules if he reached the objective. We saw Danny sneak in to Ramon Vega’s apartment when he was told to stay out of it. 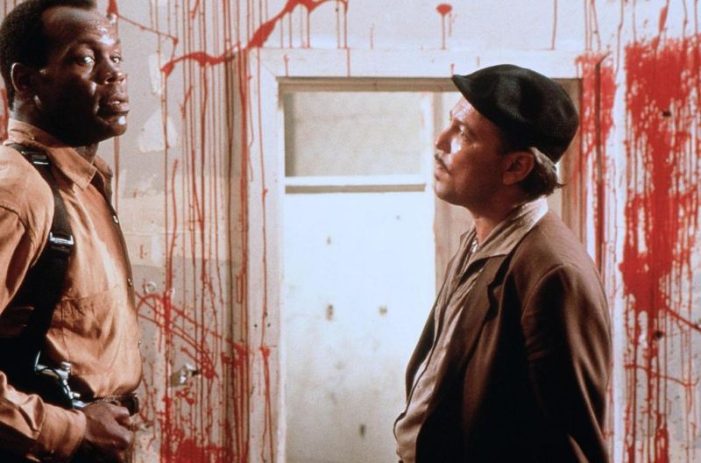 There was a little bit of a controversy when Reuben Blades was giving a live interview to Joan Lunden for Good Morning America. Director Stephen Hopkins had to shoot a night scene before the sun was about to come out so he was busy searching for Reuben Blades. Hopkins didn’t realise he was giving a live interview and ordered him back to shoot the scene. The next day, Hopkins realised how much trouble he had caused when he had a number of messages on his answering machine.