So Predator 2 is a sequel to the original film that was released three years later. It’s a bit of an underrated sequel in my opinion. Not many people liked it although a few rate it better than the first. It’s vastly different to the first Predator film but offers so many new things.

The story starts when a new Predator travels to Los Angeles to hunt for fun. The film is set in 1997 and Los Angeles has been overrun by angry Columbian and Jamaican gangs. When Lt. Mike Harrigan and his team find a room with Colombian bodies, they think the Jamaicans are innocent of this crime because of the way the people were killed. Later when a few Jamaicans are killed in the exact same way, they start to wonder that there’s someone or something else killing these people. Before Harrigan and his team can investigate, a government agent warns them off and when Harrigan’s partner dies like the gangs, he ignores his orders and decides to investigate himself. 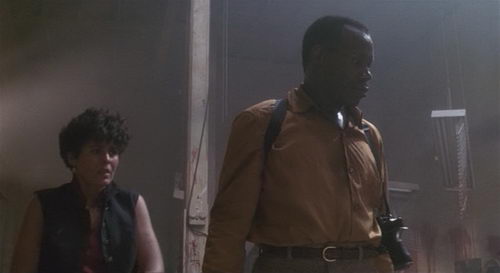 The movie was directed by Stephen Hopkins who has directed many films over the years including “A Nightmare on Elm Street: The Dream Child” and “Lost In Space”. There’s a lot more story to this film than the previous one. More characterisation as well. Of course, it takes place in a city which is vastly different to the jungle setting. It’s probably the reason why many people don’t care for this film much. But at least, the writers didn’t try to just replicate the first film. It should be noted that original director John McTiernan and Arnold Schwarzenegger were asked to return for the sequel. Both turned the sequel down. Arnie didn’t like the script and chose to do Terminator 2 instead. A good move on his part. 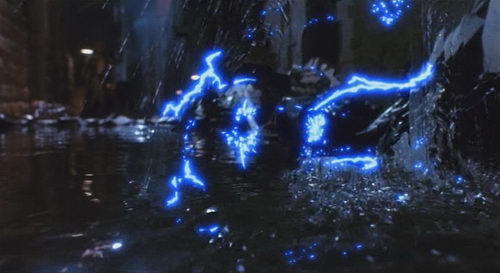 The predator costume is similar to the one in Predator although I do prefer the original. Stan Winston returned to do the special effects and Kevin Peter Hall returned to play the Predator. Speaking of which, the special effects in the film are great. The cloaking effects have been improved and even the blue thermal vision looks noticeably clearer than the original. What’s great about Predator 2 is the new weapons and equipment the predator now has in its possession. There’s a speargun, netgun, and fighting spear. There’s four more new vision modes as well as a bigger medi-kit. And let’s not forgot we see inside the predator ship and a look at the trophy cabinet where we see an alien skull.

Predator 2 is just as gory as the first film if not more. In the DVD commentary, the director revealed that Predator 2 was originally rated NC17 but was cut over 20 times to remove the graphics shots of mutilated bodies. It’s doubtful we’ll ever see this on DVD though. But even still, the film remains gory. People are getting stabbed and cut in half. There’s a lot of interesting death sequences. 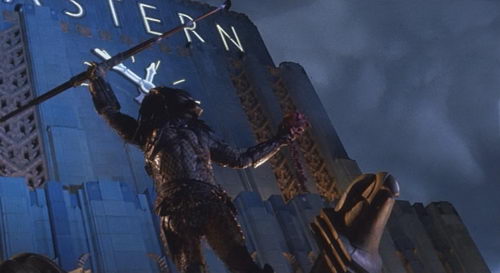 Overall, I really like Predator 2. It offers such a new insight into predators with their new weaponry and technology. I think to be honest it would have been hard to do any kind of sequel to the original movie but I think the makers did well.