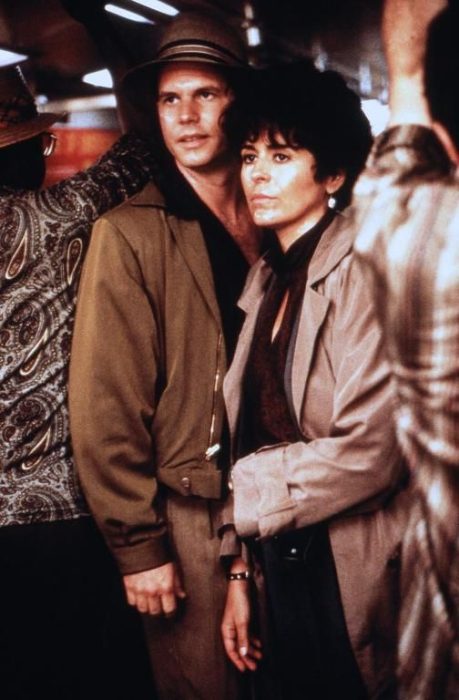 Detective Leona Cantrell was a police officer with the Los Angeles Police Department and part of a small team at the Alvarado Precinct during the gang wars of 1997. While investigating the gang violence between the Jamaicans and the Colombians, she encountered a Predator. She was one of the few people who survived the encounter because the Predator knew she was pregnant. Leona is portrayed by María Conchita Alonso in 1990’s Predator 2.

Before the events in 1997, she met a man called Rick and they were eventually married. They were expecting their first child during the gang wars of 1997.

We see Leona during a midst of a shootout between the LAPD and the Colombian Scorpions. It seems two police offers had encountered a drug deal taking place and were shot. Leona, Harrigan and Danny pursue the Colombians into their stronghold. Before they could reach them, the City Hunter Predator drops in and slaughters them all apart from their leader El Scorpio. The LAPD assume that somebody working with the Jamaican Voodoo Posse was responsible for killing the Colombians.

After the events at the Colombian stronghold, Harrigan and his team were warned to stay out of the gang wars by Deputy Chief Heinemann and Captain Pilgrim. They said the investigation into the crimes have been taken over by Special Agent Peter Keyes from the DEA. Leona soon meets her new partner – Jerry Lambert. Leona is initially hostile towards him as his previous partner had been shot as a result of Jerry’s actions. Leona and her team travel to another crime scene where drug lord Ramon Vega has been executed in his apartment as well as the Jamaicans who killed them. Harrigan realises there’s a new player in town, killing both gangs.

Agent Keyes and his team arrive and remove Harrigan and his team from the crime scene. After Danny is killed later that evening, Harrigan is told to stay out of the situation.

Later, Harrigan calls Leona and Jerry who are at the police station with the pathologist and she tells them that a piece of wood retrieved from the penthouse attack contains traces of chemicals that could only be found in a slaughterhouse. Harrigan tells Leona and Jerry over the phone to meet them there and he’ll pick them up at a nearby station. 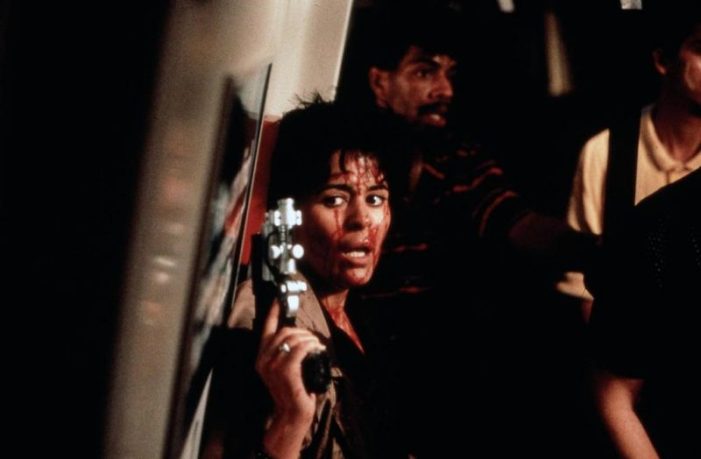 Leona and Jerry to take the subway to the destination. While on the subway, they both see some punks harassing some civilians. Everybody takes a gun out and then the Predator lands on the roof of the subway train. The lights go out and the Predator gets inside of the train. Everybody escapes towards the front of the train. Jerry tries to hold off the creature but is killed. As the train comes to a halt, Leona investigates the carriage and sees Jerry’s body hanging upside down. Just then, the Predator appears and picks her up by her throat.

The Predator learns that she’s pregnant and spares her life. As Harrigan gets to the metro station, he sees an unconscious Leona being put into an ambulance. He learns from the paramedic that Leona is pregnant.

Being a police officer, Leona was strong-willed and determined. She was initially reluctant to work with her new partner Jerry Lambert, but they came to respect each other and she was upset when the Predator killed him on the subway.

To get into the role, the filmmakers paired María Conchita Alonso with a local police woman from Los Angeles who gave her great advice.