Agent Peter Jacob Keyes was a CIA agent and leader of the OWLF program and attempted to capture a Predator in Los Angeles in 1997. He has a son called Sean Keyes. Agent Keyes was killed in an attempt to capture the Predator. Agent Keyes is portrayed by Gary Busey in 1990’s Predator 2.

Keyes moved to the CIA where he was the leader of the covert Other Worldly Life Forms Program (OWLF) which was tasked with investigating Predators around the world in an effort to steal their superior technology. At some point in his life, Keyes has a son called Sean.

Agent Keyes learnt about Dutch Schaefer‘s encounter with a Predator in the jungles of South America. Keyes travelled to the hospital where Dutch was being treated for radiation sickness. After hearing his story, Keyes and the OWLF team were sent to investigate the site of the explosion. He discovers that a spaceship had been recently launched from the jungle. This was the dead Predator’s ship which was automatically piloted itself back to the Predator homeworld upon the Predator’s death. Dutch later escaped from the hospital.

The OWLF agency had supposedly left the detonation site in South America in 1991 but in June 1992, Dutch saw Keyes and his two of his agents again at a dock nearby. Keyes walked up to Dutch and shook his hand. The spent the next few hours talking about the Predator in a bar. Keyes had the cover story that he was looking for a serial killer who had been operating in the area for year. Keyes told Dutch how the “serial killer” chose his victims. His victims would always be armed and the killer wanted a challenge. He was hunting merely for sport. Keyes paid their tabs and he and Dutch went their separate ways.

In the intervening years of the 1987 incident and the 1997 incident, Keyes and the OWLF team were involved in a number of Predator encounters. After suspecting a Predator was in Los Angeles, Keyes took a small group of men with him to try and capture it. Keyes and his men went undercover as DEA agents who had been “tasked” to deal with the drug and gang wars in the city. This story was concocted so they could get cooperation with the local police department to find the Predator.

Lieutenant Detective Harrigan of the Los Angeles Police Department was repeatedly warned by Agent Keyes to stay of federal business and leave the gang wars for them to deal with. Harrigan was very suspicious and told Jerry Lambert to set up a surveillance on Keyes and find out where he goes. Keyes’ men set up radar stations across the city to monitor where the Predator is going. Keyes realises the Predator visits the slaughterhouse to feed every two weeks and sets up a command centre there. 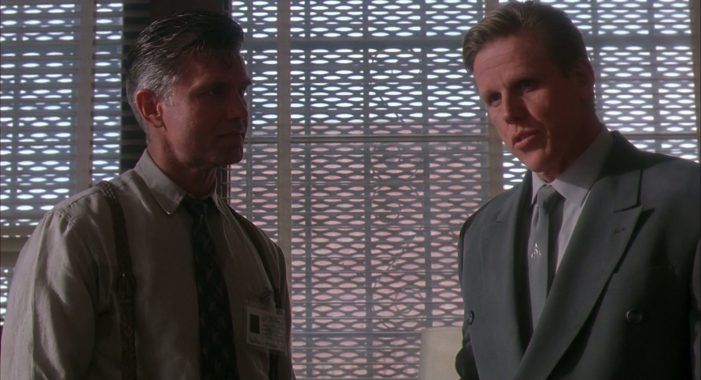 After studying the creature, Keyes’ team set up a trap. He knows the Predator can turn invisible and his cameras can detect its pheromone signature. Therefore, he pumps radioactive dust into the slaughterhouse which clings to the Predator’s body, making him his cloak ineffective. Harrigan tracks the Predator to the slaughterhouse district and is captured by Keyes’ men. Inside the command centre, Keyes finally reveals to Harrigan who they are and that they are dealing with an alien creature from another world.

Keyes realises the Predator is now inside so he takes a team into the slaughterhouse to try and capture the Predator while Harrigan stays behind watching the events on the monitors in the command centre. Keyes suspects the creature can only see in heat vision so his team wear special body suits that hide their heat signatures. Along with the suits, they have ultra-violet torches and weapons that are carrying liquid nitrogen so they can freeze the Predator.

Inside the slaughterhouse, Keyes and his team explore the area. The Predator is high above them and hears something but can’t see the team. It’s now revealed the City Hunter has multiple different vision modes and he switches his vision modes to see ultra-violet light. The light from the team’s torches are now visible. He Predator also realises his cloak cannot work because of the radioactive dust. The Predator circles around the team. Harrigan in the command centre realises the Predator can see them and tries to warn Keyes. 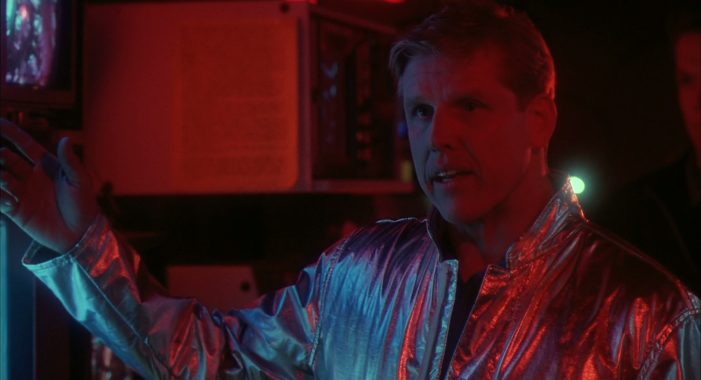 Agent Keyes was confident, arrogant and had high-level clearance to try and capture the Predator so the military could use its technology. Despite having previous encounters with Predators, Keyes still underestimated the creature’s abilities, thinking that it wouldn’t be able to see them in the slaughterhouse.

This was Gary Busey’s first role for a few years since his motorbike accident and he had become quite angelical believing that the reason he survived was a sign. He was often telling stories about it on the set.

Keyes is mentioned in the 2020 video game Predator: Hunting Grounds. There are numerous references to OWLF and their operations from 1987 to 2016 are detailed through the use of tape recordings spoken by Sean Keyes and Dutch Schaefer. A few tapes from Sean Keyes mentions his father and some of the Dutch tapes mention meeting Keyes before the events in 1997.