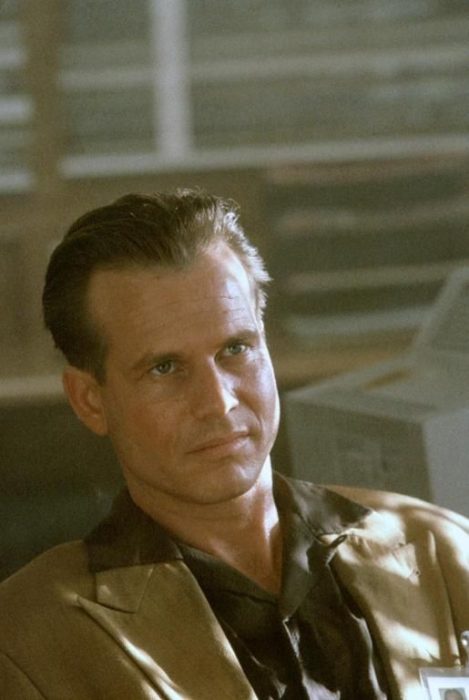 Detective Jerry Lambert was a police officer with the Los Angeles Police Department. He was transferred from Rampart Station to Harrigan’s team at the Alvarado Precinct during the gang wars of 1997. While investigating the gang violence between the Jamaicans and the Colombians, he encountered a Predator and met his demise at the hands of the creature on a subway.  Jerry is portrayed by Bill Paxton in 1990’s Predator 2.

Before requesting a transfer to Harrigan’s team, Jerry started his police career at Rampart Station. One incident involved single-handedly stopping four armed men from robbing a bank in Los Angeles. He was given a commendation from the mayor for it and was nicknamed “The Lone Ranger”. Later in his career, there was an incident where his partner was shot and many police officers blamed Jerry for what happened.

Jerry requested to be transferred onto Alvarado Precinct and was placed in Harrigan’s team. Harrigan was initially suspicious as nobody requests to transfer down there.

Harrigan’s team travel to another crime scene where drug lord Ramon Vega has been executed in his apartment as well as the Jamaicans who killed them, leaving only a woman survivor. Harrigan realises there’s a new player in town, killing both gangs.

After Danny is killed, Harrigan is told to stay out of the case again. He meets up with Leona and Jerry who tell him that Keyes has been setting up radar stations all over town and just this morning, Jerry lost them at the slaughterhouse district. Harrigan and Jerry go to see the chief pathologist to learn about how Danny was killed. Harrigan gives the spear tip he found in the penthouse to the pathologist and she says that its material doesn’t correspond to anything on the periodic table. Outside, Jerry and Harrigan part ways and Harrigan goes off to meet King Willie. 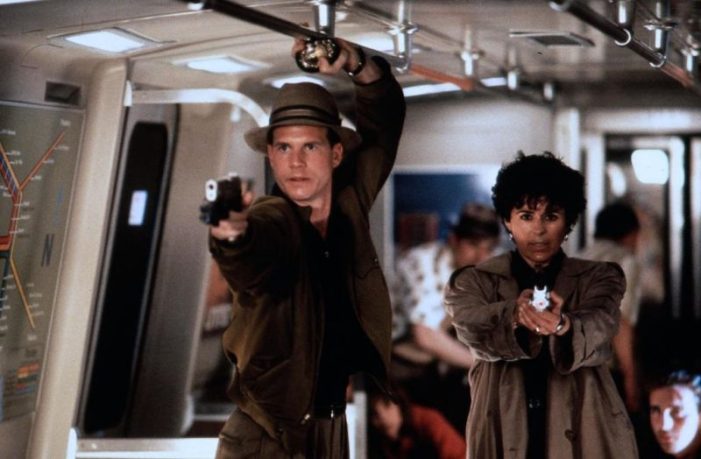 The next day, Harrigan calls Leona and Jerry who are at the police station with the pathologist and she tells them that a piece of wood retrieved from the penthouse attack contains traces of chemicals that could only be found in a slaughterhouse. Harrigan tells Leona and Jerry over the phone to meet them there and he’ll pick them up at a nearby station.

Leona and Jerry to take the subway to the destination. While on the subway, they both see some punks harassing some civilians. Everybody takes a gun out and then the Predator lands on the roof of the subway train. The lights go out and the Predator gets inside of the train. Many people including Leona escape towards the front of the train. Jerry tries to hold off the creature. He uses up all his rounds in his gun. He throws his lucky golf ball at the creature before picking up a machete.

Jerry is killed by the Predator and Leona finds his body hanging from the carriage. When Harrigan searches the subway tunnel, he notices the Predator tearing Jerry’s spine and skull from his body and the Predator escapes.

Jerry was cocky and arrogant and was always cracking jokes to impress women. He carried a lucky golf ball with him at all times as he was a fan of it. Jerry definitely had a reputation with other police officers. Some praised him for his actions in the bank robbery while others were critical of him for letting his partner get shot.

When Bill Paxton went to the initial meeting, he went in wearing a suit that he thought the character would wear. It went well and he was offered the role two days later.