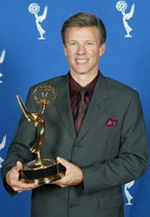 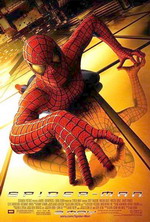 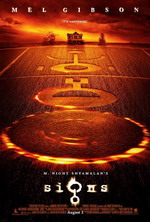 Jeff started out doing stunts on films as well as being the stunt coordinator. He later became a second unit director and has worked on many films and tv shows including Spiderman and Alias. We asked Jeff how he moved from stunt work onto directing and said: “It can be a natural progression. A stuntman, with the right personality and ability can progress into stunt coordinating. As a stunt coordinator, you are often responsible for designing action sequences, and the progression to 2nd unit director can also be very natural.”

He was asked to do AvP2 after a meeting with the Strause Brothers and after showing him his demo reel, they decided he was the man for the job. We asked Jeff about his role as second unit director in AvP2 and what that entailed: “It means I am responsible for getting the sequences on film in a way that makes the directors, Colin and Greg Strause, happy. It can be a tough job, as interpretations can vary widely on how a sequence may be shot, but the ultimate challenge is to satisfy the directors.”

We then asked Jeff a few questions about AvP2, his experiences on the film etc. What the more challenging things there were in the film to shoot: “Making those creatures look cool is very tough. The smallest details can make all the difference. It was a challenge that was very satisfying to overcome.” His favourite scene to work on was the final sequence in the film: “The finale sequence was fun. I can’t give away any details, but I hope you are satisfied when you see it.” He told us AvP2 had been storyboarded extensively but he still had a lot of freedom on second unit: “It was storyboarded extensively, but there was still alot of freedom and responsibility.”

There were also a lot of stunts in AvP2 but Jeff couldn’t say a lot about them except they were really good. (Jeff: “Again, can’t give details, but there are definitely some good stunts throughout the film.”) There’s also a lot of wirework in the film apparently. We asked whether or not the locations made shooting these stunts difficult. Jeff said: “Absolutely. We got an inch of snow one night and had to work at an operating electric generating plant for a week, on the top floor. Those both posed big challenges.”

The Strause Brothers already said they would be shooting as much footage as in-camera as possible. Jeff revealed “The majority [of stunts] is on screen, but there will be alot of cgi enhancement.” There will also be a lot of pyrotechnics (such as explosions etc) in AvP2 as well: “Yes, on many levels, from bullet hits to big explosions.” In summing up, Jeff enjoyed working on Alien vs Predator 2 and really liked working Greg & Colin Strause. “I enjoyed the project beyond my expectations, and I hope I can work with them again.” Jeff said.

Second unit directors often move on to direct their own films. Jeff stated that if the right opportunity came along, he would like to direct his own film one day: “Some day, if the right project comes along, I would like to direct my own film.” Jeff recently finished working on “Shooter” as a second unit director which will be released in a couple of months. That about wraps up our interview with Jeff Habberstad. Thanks to Jeff for answering our questions.