I recently got a chance to speak with Chelah Horsdal who plays the character of Darcy Benson in AvP Requiem. Chelah has appeared in many TV shows and movies over the years including Supernatural, Smallville, Stargate SG1 and many others. 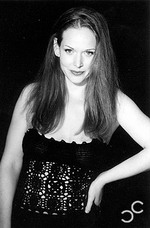 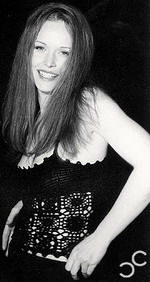 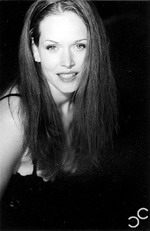 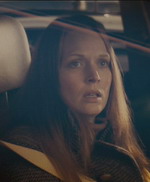 AvPGalaxy – I’m here with Chelah Horsdal, a recently unveiled actress in Alien vs. Predator 2. Your character is practically unknown, we’ve never even heard her name. Can you tell us a little about the character you play?

Chelah Horsdal – Darcy Benson is the everywoman in this installment of AVP. She is a devoted wife to Buddy & mother of Sam. It’s not established in the film, but I like to think that Darcy works at her son’s school.

AvPGalaxy – We haven’t even heard of your husband or son. Could you tell us about them too? What the characters were like, who played them?

Chelah Horsdal – My husband is played by a Vancouver actor, Kurt Max Runte. I am ashamed to say I have zero recollection of who played my son and I know surprisingly little about their characters in the film. We didn’t have any scenes together and script access was on a need to know basis due to the major secrecy.

AvPGalaxy – One of the things we’ve noticed about AvP2 is that families seem to be very important. There are a lot of characters that are in families. Would you say that the family aspect is important to AvP2?

Chelah Horsdal – I don’t know of a master plan to incorporate family themes in the film. It does make sense logically that an audience will more closely identify with the peril in the film if the characters are fleshed out with families and loved ones.

AvPGalaxy – How does your little family relate to the main family, the O’Briens?

AvPGalaxy – How did you come to get the role for Alien vs. Predator 2?

Chelah Horsdal – I auditioned for the directors, Colin & Greg Strause, in August 2006 for what was at the time called ”˜Colorado Nights.’

AvPGalaxy – Are you a fan of the original films?

Chelah Horsdal – I LOVED Alien and Aliens…they lost me a little with 3 & 4. Although I enjoyed the Predator films, they didn’t affect me quite as much. When AVP came along, I felt they did a brilliant job of incorporating the two stories in a logical way. It made perfect sense to me that this explained the origin of the Aliens.

AvPGalaxy – How do you think AvP2 will compare to the first AvP film?

Chelah Horsdal – In all honesty, I have little idea how AVP2 will compare to the first. As one of the supporting leads who appears in a great deal of the film, I still only had access to 60% of the script…so I’m as excited as anyone else to see how the story unfolds. From what I have seen, this film truly returns to the grit of the 80’s sci-fi action style with all the bells and whistles of modern filmmaking.

AvPGalaxy – What was it like working with first time directors Colin and Greg Strause?

Chelah Horsdal – Loved it. Loved them. For me the highlight of our long, cold nights was Colin acting out for us what the Alien & Predator were going to be doing in the scene. He does a mean impression of both.

AvPGalaxy – Does your character actually encounter the Aliens or Predator? What was it like for you as an actress playing across from these people in suits?

Chelah Horsdal – There is nothing better than having something real to react too. The days that I would see creatures of any kind on set required very little imagination…the effects & makeup teams were so good at making things realistic. There have been times as an actor that I have had to emote terror when faced with little more than a tennis ball for eye-line.

AvPGalaxy – Are there are any scenes that you really enjoyed working on?

Chelah Horsdal – I loved our cast. It was such a wildly talented group of actors that the days we were all there to shoot group scenes were really enjoyable.

AvPGalaxy – What about the scenes that you hated filming? I mean, AvP2 was shot in Canada, the weather up there must have made for some horrible shoots?

Chelah Horsdal – It wasn’t so much the Canadian weather that was miserable…it was the film rain . We shot a great deal of this film at night under huge rain towers…far too many nights had us huddled together trying to stay warm despite being soaked through to the bone. Our wardrobe team worked especially hard to wrap us up with dry blankets & hot water bottles between takes. But there is nothing quite like freezing cold water hitting your eyeballs. Then there was the night I got my hand caught in the gun barrel…that pretty much sucked. I insisted they keep rolling as blood gushed from my thumb.

AvPGalaxy – From the looks of it, you’ve got quite a diverse resume. You’ve worked on various TV shows (Apparently you were on Stargate. I’m a big fan of that but I just can’t remember you. Were you the navigation officer on the Prometheus?) and many films. How did you originally get into acting?

Chelah Horsdal – I am very fortunate to stay busy in this business. Yes…I played a recurring character, Lt Womack, on Stargate SG-1 over a few seasons. I recently joined some friends for a fan appreciation dinner just for fun, and was amazed how many people knew my character. I believe working on shows such as Battlestar Galactica, Andromeda & Smallville, all of which have an amazing fan base, certainly played into the recognition of my work on Stargate.

I dabbled in acting right out of high school before taking off to explore the world. I returned to the craft five years ago by doing a lot of commercials and training hard with numerous mentors & teachers. As I mentioned, I am very fortunate to make a full time career of it. It’s proven to be an amazing way to meet great people and continue to travel.

AvPGalaxy – I’d like to thank you for your time and for allowing me to ask you some questions. Before we go, is there anything you’d like to say to the fans out there?

Chelah Horsdal – Thank you for the chat, Aaron. I’d like to acknowledge the extraordinary passion audiences have for the franchise…I have learned so much from fans about the background to both Alien and Predator. I hope that we make you proud with the upcoming release of Aliens vs. Predator: Requiem…from what I have seen in post-production, it looks amazing. Enjoy!