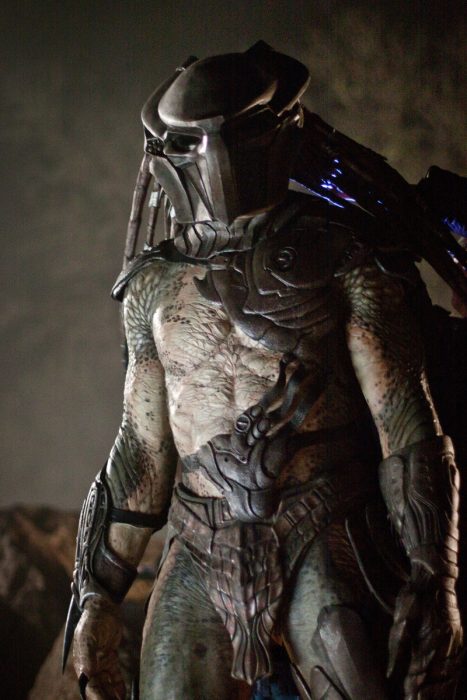 The Falconer Predator was one of three Super Predators in the 2010 movie Predators. It’s referred to Falconer because it uses a mechanical falcon to track its prey. Its mask is also very similar to a falcon.

Falconer, along with Tracker and Berserker, captured a group of humans from Earth and dropped them on a game preserve planet in order to hunt them.  The Falconer probably helped the other two kill Cuchillo and set a booby trap for the rest of the group which is unsuccessful.  The humans reach the hunting camp where they find a Predator tied up on a totem. The Super Predators open fire on the humans, killing Mombasa, but the others escape uninjured.

The humans escape down a river but unknown to them the Falconer sent his mechanical falcon to track the group. The Predator was able to see exactly where they are. The Falcon returns to the Predator where the three Super Predators then decloak. They later track them to Noland’s hideout where Royce inadvertently gives their position away by firing explosive rounds. The Tracker Predator is killed and the humans escape. 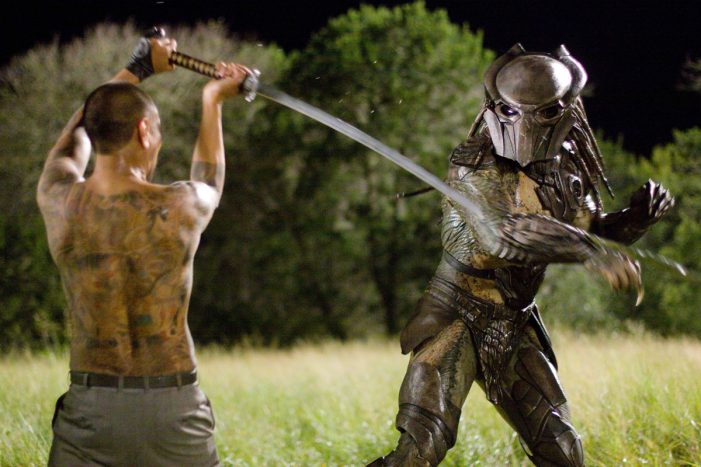 The Falconer Predator appeared to be the most honourable Super Predator out of the three as he fought Hanzo without most of his equipment other than his wristblades.

Like the other two Super Predators, the Falconer Predator has one wristblade on his arm which presumably can also be fired like Berserker demonstrated. Cloaking is standard on all the Super Predators. They also have advanced vision modes enabling them to see even more ranges and in more detail. Falconer was able to track the humans when they escaped by tracking their footprints on the ground. The Predator was the only one of the Super Predators who didn’t have a shoulder cannon.

The Falconer Predator uses a unique tracking device in the way of a mechanical falcon. It’s able to fly off autonomously and track things and relay that information back to the Predator. The Falconer is able to see what it sees through thermal vision. 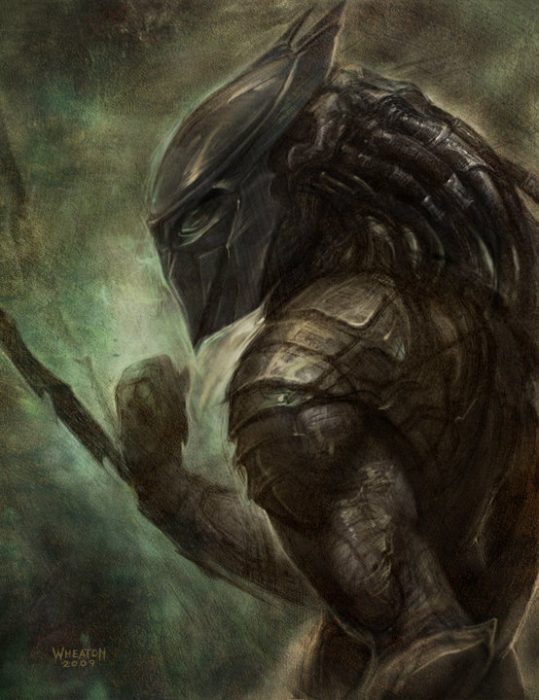 The Falconer Predator was played by 6′ 7″ Brian Steele who also played the Berserker Predator. Amalgamated Dynamics who created costumes for both AvPs did not return and instead, the suit and special effects were created by KNB EFX’s Howard Berger and Greg Nicotero. Berger had actually worked with Stan Winston on the very first Predator film. They had the idea of bringing the armour closer to the body, sweeping the dreadlocks back and elongating the head a little bit so it wasn’t quite as square-looking.