For over thirty years, audiences have been simultaneously captivated and appalled as the spaceship Nostromo is invaded and its crew stalked by a terrifying parasitic creature. From the gore of the infant alien bursting from Kane’s chest to the mounting claustrophobia as Ripley discovers the monster has followed her into the escape shuttle, Alien is a chilling masterpiece.

Now, Alien Vault: The Definitive Story of the Making of the Film opens a portal into the making of this legendary film, tracing its path from embryonic concept to fully fledged box office phenomenon.

Featured herein are director Ridley Scott’s own annotated storyboards, Polaroids and script pages; the elegant but disturbing concept artwork of H.R. Giger; sketches and construction blueprints for the Nostromo; costume designs by Moebius; a treasure trove of never-before-seen photographs of the cast and crew; and ten meticulously reproduced artifacts, enclosed in vellum envelopes, for readers to remove and examine more closely.

Fully authorized and illustrated throughout, Alien Vault is the ultimate tribute to a movie that changed cinema forever.

Herein lies the worrying question I had prior to reading Alien Vault: The Definitive Story of the Making of the Film Review : “How many different ways can you tell the same story?” 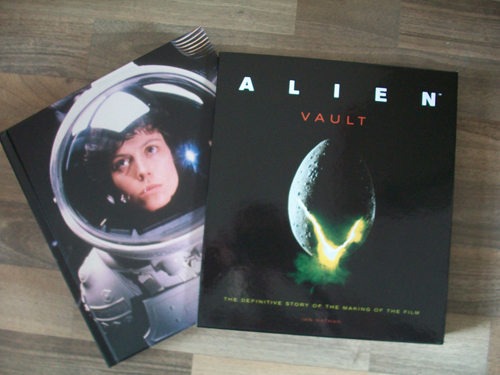 The subtitle for the book claims it to be “The Definitive Story of the Making of the Film”. Despite this, Ian Nathan has claimed in several interviews that he considers the book to be a biography of Alien as opposed to a “making of” book. To test the declaration I went back and re-read The Book of Alien and the Alien chapter of Beautiful Monsters so I could really see if anything new cropped up in Alien Vault.

So what can Alien Vault really offer us that previous books can’t? Well, that’s an incredibly easy question: Passion. Alien Vault came across as a personal account, as if I was sat across from Ian Nathan, talking to him and hearing the excitement in his voice as we discussed his favorite movie.

The passion in his writing almost carries the book. It made me want to keep reading, to listen to how Ian Nathan was telling the story of Alien. Alien Vault is quite clearly a labor of love for Nathan, a project about a film that clearly means something to him. 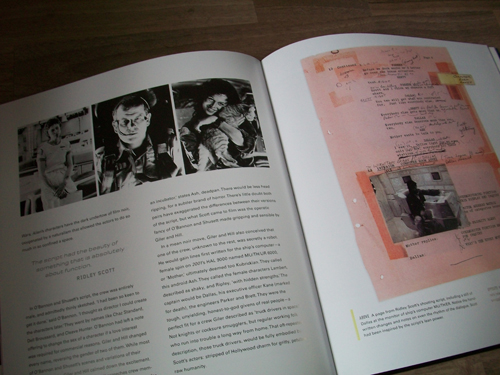 That said, Alien Vault still has more to offer than the passion. The previously mentioned Beautiful Monsters is essentially a write-up of the documentaries on the Alien Quadrilogy set and only has a single chapter covering the film. The Book of Alien, while being an absolutely fantastic read, only covers the design and art of Alien. And as I remember, Giger’s Alien only really covers Giger’s involvement in Alien and Alien 3 and Alien Quartet largely focused on theories regarding the deeper meanings of the films.

Alien Vault collects information, stories and quotes from a wide array of sources. Due to the arrangement and Nathan’s passion it doesn’t read like a simple write-up. Perhaps it doesn’t collect everything though. For example, I saw no mention of the potential TV series or the idea Ridley Scott had for a prequel in the section dealing with post-Alien. So maybe the tag of being “The Definitive Story of the Making of the Film” is undeserving.

The presentation of the book is wonderful as well. It comes as a large, easy to read and handle hard-back contained within a strong cardboard case. The book is also filled with pictures, both well known images and brand new ones straight from the darkest depths of the Fox archives. There are even some from the personal collection of Ridley Scott. 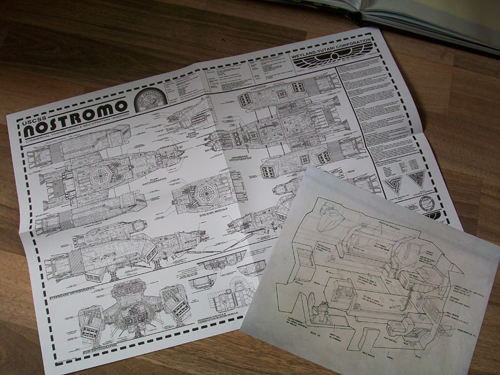 As well as the new images, the book also includes several treats in the way of pull-outs which include larger copies of the Giger concepts within the book, scans of pages of the shooting script, complete with Ridley’s hand written notes and edits. There’s even blue-prints of the Nostromo. It makes for some nice additions.

There are some visual gripes with the book though. Straight off the bat you open the book to find the Aliens version of the Weyland-Yutani logo. However, the logo has the original spelling of Weylan-Yutani. Surely the wings logo of Alien would have been more appropriate. 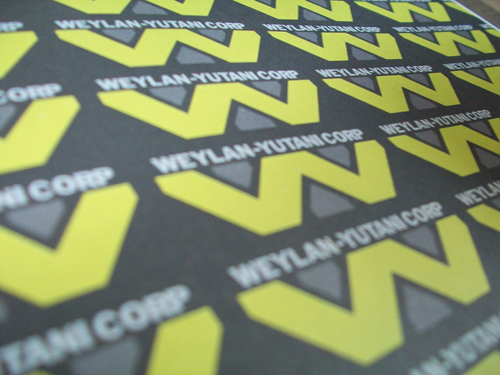 There were also several small errors in the labels captioning the pictures but it wasn’t a frequent issue. My last complaint with the presentation would be the placement of the larger spreads of images and the quotes. It really broke up the flow of the book and almost brought me out of it.

But what are a few visual complaints? As well as new images, Alien Vault also contained several anecdotes and stories I hadn’t heard before as well as challenged myths such as the actors not knowing about the chest-burster scene and going into some detail about it.

So what we have here is a great book fueled by the passion of the author. He may have questionable taste in women – as much as we all love Weaver as Ripley I would never describe her as “sexily authoritative” in her Nostromo uniform – but to each their own.

I think the biggest issue with Alien Vault is the price. I’m naturally a tight-arse so £30 for a book is a heart attack. It’s a good job I opted not to go to University. I probably would have died when I saw the price of the books. I’ve already seen several comments from people who have picked up the book in interest and put it back down due to the price. 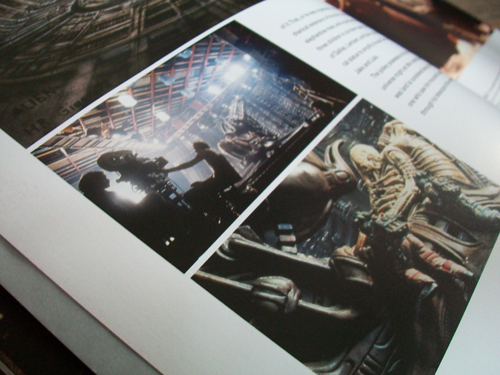 I understand it is probably due to additional costs because of the pullouts and all the fancy hardbackness (to coin a word) and box. However, I doubt the buyer will consider and forgive this.

I imagine it will come down in price soon enough and Ian Nathan has been selling them cheaper at conventions as well. We will also be having a discounted price for AvPGalaxy readers so it’s not all doom and gloom after all.

So to sum up…Alien Vault is a great but currently expensive book. It collates plenty of information from multiple sources (all indexed at the back of the book) and is quite probably the paper equivalent of the Quadrilogy set in that it’s detailed. Ian Nathan has written with so much passion and love you can’t help but want to go pop that disc in the Blu-ray player again. If you can spare the pennies or find a good deal it’s definitely worth picking up.