“An anthology celebrating the 30th anniversary of the PREDATOR franchise, IF IT BLEEDS includes seventeen brand new, never before seen stories–exclusive to this collection–featuring the Predators throughout space and time. Based entirely on the original films, novels, and comics, PREDATOR: IF IT BLEEDS (a quote from the original movie) reveals the Predators stalking prey in 12th Century Japan, 9th Century Viking Norway, World War I, Vietnam, the Civil War, Hurricane Katrina, and the modern day, as well as across the far reaches of future space.”

2017 was the year we saw Titan Books publish the first Alien and Predator anthologies. Aliens: Bug Hunt was released earlier this year, just before Alien Day and Predator: If It Bleeds is due out mid-October.

I enjoyed Aliens: Bug Hunt. I wasn’t blown away by it. There was only one short I really disliked and two or three shorts that really stood out but overall I found the book to be okay. Predator: If It Bleeds just kept on entertaining me.

The anthology opens with Devil Dogs, a short story by Tim Lebbon. Lebbon is a name which should be familiar to fans who have been keeping up with the recent expanded universe releases. He penned the fantastic Alien and Predator crossover trilogy collectively known as The Rage War. Like his short in Bug Hunt, Devil Dogs serves as a prequel to The Rage Wars, expanding on the history of Akoko Halley and her unit, the Devil Dogs.

It’s a solid opener and I think a great editing choice to open the book with a familiar and recent Predator author. From an editorial point of view, I would have appreciated a little paragraph before the shorts that served as sequels/prequels explaining as such for the readers who may not have read the earlier piece the short is related to.

Devil Dogs is one of a few shorts that builds on existing Predator stories. Devil Dog’s is a prequel to The Rage War, Steve Perry is back with Rematch, a sequel to his last Predator novel – Turnabout (another great Predator novel). It was great to see some follow-up to the Predator’s interest in survivors from previous hunts and to return to those characters. 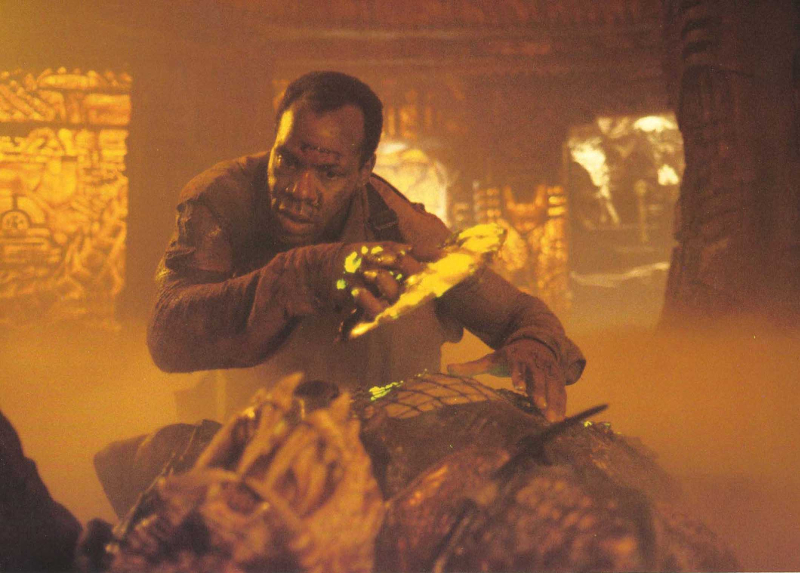 The short Drug War brings us our only short that builds upon the films. Bryan Thomas Schmidt (the editor of the anthology itself) and Holly Roberds’ entry in If It Bleeds is a sequel to Predator 2 that sees Harrigan and Garber returning to face off against the Predator again.

What I loved about Drug War was just how much it retained that feel and tone of Predator 2. It genuinely felt like it fit in as a sequel to that film. So fans who disliked Predator 2 may not be as into Drug War as those who enjoyed the film.

Hopefully future anthologies or novels will give us a chance to see what happened to Dutch or Royce.

Lebbon and Steve Perry aren’t the only returning Predator authors; all of whom are on their a-game. Danelle (S.D) Perry’s entry into the anthology was Skeld’s Keep, which is one of the shorts that stands out for me.

I think that the Predator franchise is very flexible. I think you can do so much with it that just doesn’t get explored enough. Some of my favourite comics are the ones that play with the time settings. Skeld’s Keep is one of many in Predator: If It Bleeds that does just that! Skeld’s Keep sees Vikings pitted against a trio of young bloods learning the ways of the hunt.

There are plenty of others, though. We have a Vietnam story (Recon), the American Civil War (Stonewall’s Last Stand), World War One (May Blood Pave My Way Home) and we’ve got several shorts set in the future such as Devil Dogs, Last Report From The KSS Psychopomp, Indigenous Species and Gameworld (which was another one that I really enjoyed). And, of course, modern day. 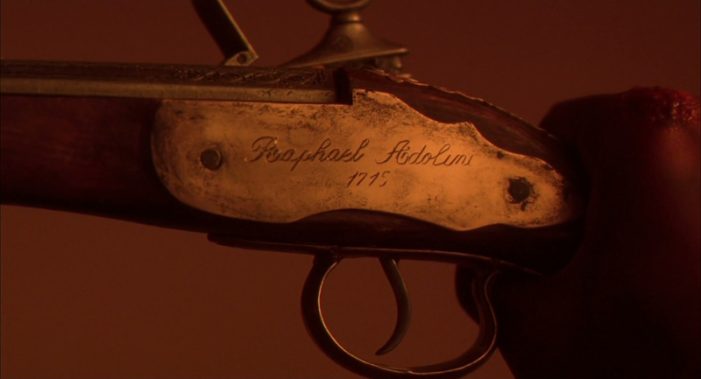 So there’s a really nice variety in the settings of these various shorts. But the variety of Predator: If It Bleeds doesn’t just come down to the time frames these shorts are set in. It’s not just picking up the story formula of Predator and dropping it around the timeline.

Sure, we’ve got a few shorts where the protagonists best the Predator using their wits, but Predator: If It Bleeds also has shorts that sees the Predator victorious and shorts where it isn’t simply the tale of a hunt. Editorially, they’re all spaced out well so it doesn’t feel like you’re reading a block of similar stories one after the other so it all flows really well too.

I would absolutely love to see full length novels with similar premises to the majority of the shorts contained within Predator: If It Bleeds and I hope that this is something that Titan and Fox are considering.

And I’m sure people will be pleased to hear that Predator: If It Bleeds returns to the Yautja culture. Many of the shorts within the anthology feature using the values of the Yautja, using their language and their names.

Those fans expecting a reconciliation of the Hish and the Yautja due to John Shirley’s involvement in If It Bleeds may find themselves disappointed. However, his stories is one of the ones that indulges itself in the Yautja culture and it’s a pretty fun one that doesn’t retread on the original movie formula.

This is something I intend to keep bringing up in these reviews until or if they eventually change – the cover art. As far as the covers go, Predator: If It Bleed’s cover is one of the better photoshop efforts but I still miss those painted covers. I’m going to keep saying this until I’m blue in the face (or have incredibly numb fingers from furious typing) – please, Titan, get Raymond Swanland, Tristan Jones, Dave Dorman or someone of their ilk to give you some incredible original artwork to go with these fantastic books! 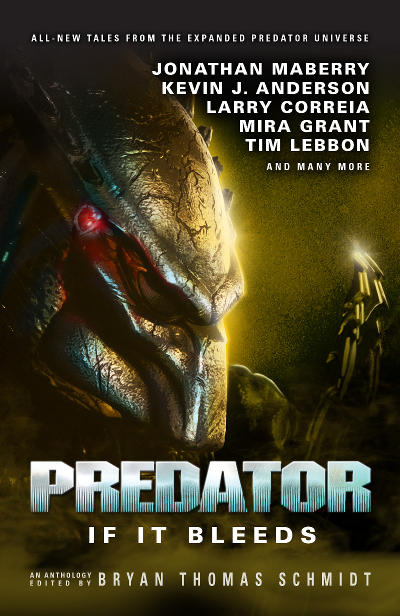 I really really enjoyed this anthology. If I had to find something to complain about, it’d be a severe nitpick and say maybe one or two of the finer details were off every now again. The colour of the shoulder cannon blasts, for example. Some of the Yautja language didn’t pair up 100% correctly when I checked against some of the online dictionaries but those particular dictionaries may have been incorrect.

I couldn’t recommend Predator: If It Bleeds enough. I think every short contained within was solid and entertaining. I think there’s something in here for all Predator fans and I fully expect those fans that are heavily invested in the expanded universe will find plenty to love in here. All the shorts are varied and the authors talented and it is really well edited. Go out and pick this book up.