Mankind has fought for survival over countless millennia, but nothing has threatened humanity’s existence like the murderous Alien scourge. While some have tried to use the creatures’ deadly abilities to serve their own selfish ends, no one can dance with the devil, and ultimately only one species must prevail. To that end, men have turned their own lethal instincts and cold intellect against the monsters, creating engineered plagues, cybernetic fighting suits, and even bogus android aliens, but survival rides not on technology, but on the primacy of the most deep-rooted, feral instincts.” 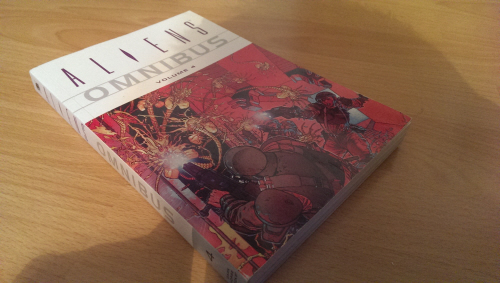 Music of the Spears

“Little-known and under-appreciated composer Damon Eddington wants to hatch an Alien egg so he can nurture the Alien in captivity and capture its sounds of hatred and pain for the ultimate concert — sounds of rage made from “a mouthful of spears.” In this first of a four-issue series, Damon’s corporate patron, Synsound, has taken on the responsibility of procuring the egg for him, a task that will lead to more excitement than the team of ninjas assigned to it were planning on.”

Music of the Spears is set in a musically bleak future where everything is synthesized, where robotic (and anatomically impossible) bands sell the most tickets and Eddington is a dying breed of musician. He is one of the few who still composes with archaic and rare instruments. He utilizes the work of the greats such as Mozart and Beethoven, weaving them in his own compositions so that the modern era doesn’t forget all the classics. 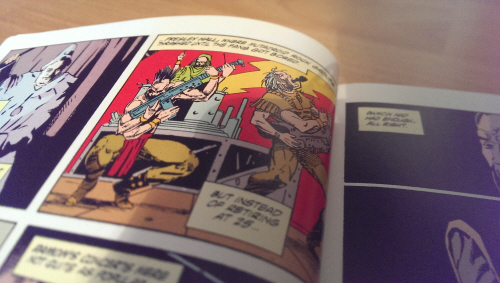 And so we find ourselves embroiled in a corporate war as Synsound tries to one-up a rival company called Medtech by stealing one of their Aliens for Eddington, an Alien he names Mozart. The bulk of the story focuses on Eddington’s descent into madness as he becomes obsessed with using Mozart for his Symphony of Hate, a composition that embodies anger, despair and hatred. This obsession deepens as Eddington turns to Royal Jelly for inspiration, adding drug addiction to his obsession.

Eddington thinks the howls and screams of the Aliens are the ultimate expression of rage and violence and will provide him with the perfect sounds he needs for his symphony. It’s an extremely unique approach to the Alien and one I admire Williamston for taking. It gives Music of the Spears a freshness that the Alien comics need.

I’ve never found limited stories to be as strong with their characters as on-going series but Music of the Spear absolutely blew me out of the water with the depth writer Chet Williamson infused into Eddington. He utilizes text boxes to provide a lot of inner-monologues and narrative information, opting to use pages with more panels than you’d usually see, providing a lot of information for the reader to get to know Eddington. 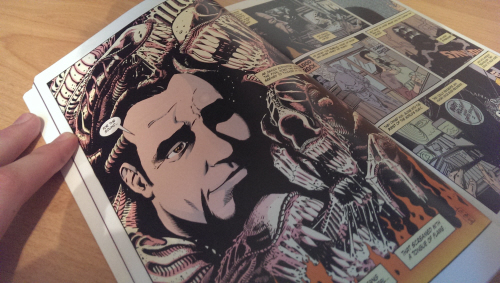 It gives us a very complex character that I thoroughly enjoyed reading about.

Music of the Spears is also interesting in that it shows us a different side of the social life of the future, after the infestation of Earth and humanities return to the surface. It gives it a slightly contemporary feel too because I think we will always feel that the “older music is better”.

The visual side of the comic is provided by Tony Hamilton (pencils), Timothy Bradstreet (inks) and Matt Webb filling the white spaces in with colours. Like the majority of Dark Horse’s comics, Music of the Spears shows its age. It looks very much like the many of the comics produced in the 90s.

They use a lot of basic colours without too much variety. Blacks are also used quite a lot to try and add some sense of atmosphere to the artwork.

I quite liked the Aliens, however. They were coloured with primarily blue with bronze highlights. It gave it quite an interesting look. There was also a nice page depicting the growth of the chestburster to adult form that looked really nice.

The character and technology design of the Medtech “detective unit” felt somewhat lazy. It had a very generic future police look that just felt uninspired and boring. I did really dislike that. 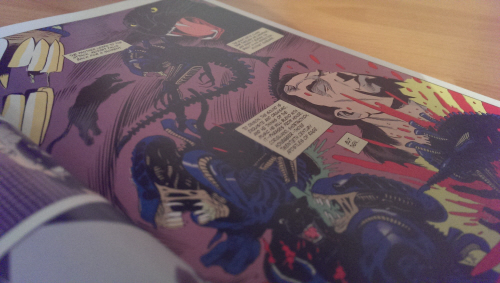 Something I think that might turn Alien fans off is the treatment of “Old Blue”. He is an Alien used by the Medtech team to locate the Alien stolen by Eddington. He’s essentially used as a sniffer dog, tracking the scent of the pheromones emitted by Mozart. Problem is he is encased in a metallic suit so that the team can control Old Blue. Williamson does have Old Blue break away early in the comic to show he is still a threat.

Williamson also introduces a sense of rivalry between Hives, stating that if a Xenomorph smells the pheromones of another hive that sends the Xenomorph into frenzy. “Anything that isn’t of the hive is an enemy.” I know Genocide played with this slightly, but that was in the case of two Queen Mothers, not just two separate Queens and that gelled with the mentality of the species. I can’t recall this kind of hive-vs-hive rivalry in any other story and it feels contradictory based on the previous stories.

I think Music of the Spears is one of the better Aliens comics. It gives us a unique story and in my opinion, one of the most interesting character stories in the expanded universe. It is a definitely a strong start to Volume #4.

“On an apparently routine supply run, Philip and Joy Strunk deliver a shipment of synthetic photo receptors to Caspar Nordling, biotechnologist for Grant Corporation. When the Strunks discover that Nordling’s experiments have exceeded Stanislaw Mayakovsky’s work (as seen in Aliens: Hive), they realize that there’s more to Nordling — and the Aliens — than meets the eye.”

Stronghold sees the return of John Arcudi to the typewriter with artwork provided by Doug Mahnke and Jimmy Palmiotti. The basic premise of Stronghold is that married technical team Philip and Joy Strunk have travelled to the far flung research facility run by Dr Nordling and staffed entirely by synthetics to ensure everything meets standard health and safety regulations.

You see, the good Doctor is working on a biological way to kill the Xenomorphs and you just don’t need any leaks or errors in their safety systems.

What the story turns into is John Arcudi’s exploration of Nordling’s treatment of his synthetic charges. The script makes it blatantly clear that what he does is tantamount to abuse. Joy takes the limelight in their defence and works to try and find a way to get Dr Nordling in hot water with their employers, the Grant Corporation. 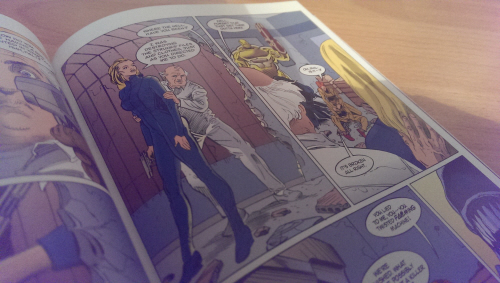 As can be expected she is discovered and everything goes to pot with the synthetics rebelling – as well as their programming will allow –against Nordling and attempting to save Joy and Philip.

The subject isn’t really something that has been dealt with in the Aliens franchise. It wasn’t even touched in any of the films and it has only recently been revisited in Alien – More Than Human, the latest novella by Dark Horse. Synthetic characters are typically presented as adversarial in the games as well.

Stronghold is a spiritual sequel to Aliens – Harvest in that it includes a synthetic Xenomorph in the form of Jeri, building on from the prototype introduced in Harvest. Jeri is quite easily the best thing in Stronghold. He is, in my opinion, the only character in the story that is interesting and shows actual personality and development.

Character progression is largely forgotten, focusing more on the story and putting across the point of how evil Nordling is to treat the synthetic characters like tools to be used. Jeri is easily the star of the show, the other characters falling to the side. 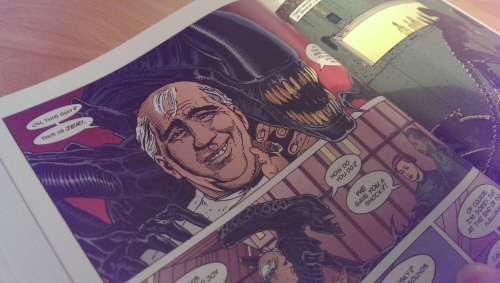 But as we get to the last pages, Arcudi completely shoots himself in the foot by having Philip Strunk say something like to the effect of “nevermind, they were only synthetic. They weren’t people.” This completely negates the entire point of the story, underminding his own message and his own characters – and in Philip’s case, his own wife.

Mahnke and Palmiotti’s artwork is pretty typical of the 90s, featuring plenty of basic colours and somewhat lacking in detail. That’s not to say it’s bad. It’s just a product of its time, like many of the stories in this particular volume. We’ve definitely seen worse. *cough* that’s right, I’m looking at you, Female War *cough*

I think Stronghold is a solid entry in the Aliens mythology and the inclusion of the legend that is Jeri makes Stronghold an easy one to recommend and a very welcome inclusion in Volume #4.