There are certain names that you just associate with Alien. The obvious ones being the likes of Ridley Scott, James Cameron, Sigourney Weaver, H.R Giger. However, for the fans out there who like to read the novels the names Steve Perry and Alan Dean Foster are just as intertwined with the series. For those who might not have ventured into the expanded universe, Alan Dean Foster was responsible for the novelizations of Alien, Aliens and Alien 3.

After the bad experience he’d had writing Alien 3, Alan Dean Foster turned down the opportunity to work on Alien Resurrection and hasn’t worked on an Alien novel since 1992. So when I saw he would be writing not only the novelization for Alien: Covenant but a completely original tie-in, I was pretty damn excited.

And not only because I really enjoyed his original 3 Alien novelizations but because I knew he would be approaching the novelization as not just another job, but as an Alien fan with the same concerns that many of us would have with the film. The big difference here is that Foster is in a position to do something about those concerns.

Anyone who has read my previous reviews for the film novelizations will know I can’t rate them. I think anyone who is interested in the films and enjoys reading should read these novelizations. It’s that simple as far as I’m concerned.

The differences between the films and the novels are really interesting, whether they be scenes deleted from the finished film or additions from the author, it’s just fascinating to see the differences. I even enjoyed the Alien Resurrection novelization more than I did the actual film because of the differences.

I would like to point out that I did actually enjoy Alien: Covenant. I didn’t love it but I didn’t hate it either. There were elements of it that I really didn’t like and certain things in it that I was really fond of.

The novelization does exactly what I had been expecting (hoping) and it fixed many of the issues I had with the actual film. Whether that was Alan Dean Foster’s doing or elements omitted from the finished film, I found the novelization to be a better experience than the film itself. 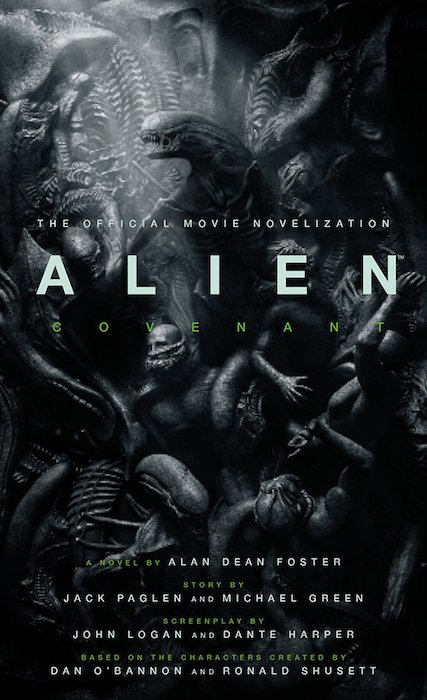 There are lots of little things I liked (such as Mother’s personality) but I’m going to focus on what I consider to be two of the bigger issues that Alien: Covenant had – the helmets and the origins of the Alien.

I think it would be safe to say that many fans considering the lack of spacesuits or helmets a source of irritation in Alien: Covenant. The novelization has Walter embark onto the surface on his own first, ahead of the crew. He performed some scans and determined that there were no pathogens or anything hazardous to the others on the planet.

This simple section, not there in the movie, served to also explain certain things later on in the novel. For example, when Ledward catches a glimpse of the motes after he disturbs the pods, he recalls what Walter said about there being nothing harmful on the surface of Planet 4. After all “there was nothing on this world to worry him. The pathology scans said so.”

The other big thing I preferred in the novelization over the actual film was how the book explained the origins of the Aliens themselves. The film puts it across as if David is the creator of the Aliens. He’s not explicit as to how he does it but it sounds very much like he played a very large part in their creation.

In the novelization the Aliens are something that the Engineers left behind. The novel describes the corpses of what seem to be a bestiary of more traditional looking Alien (in addition to the Neomorphs) already on display in David’s laboratory. David also shows off an Alien egg, explaining that it was an example of the Engineer’s “hubris.”

Addressing another issue I had with the film, the novel would also go on to mention that the Aliens we see birth later on where tinkered with by David, resulting in a more accelerated growth rate – “An advanced model possessed of a wildly accelerated rate of growth.“

As a fan, I really appreciated and preferred that difference to the film. It served to maintain a lot of the mystique that made the Alien so intriguing. It maintained that ancient god-like nature that Dan O’Bannon would likely have preferred, over the Alien’s being a creation of man’s own creation.

While I appreciate some of the themes and irony that Ridley Scott may have been aiming for with that, I also felt like it really closed in the Alien universe and removed a lot of the allure that I found in the Alien creatures and their background as generally featured. 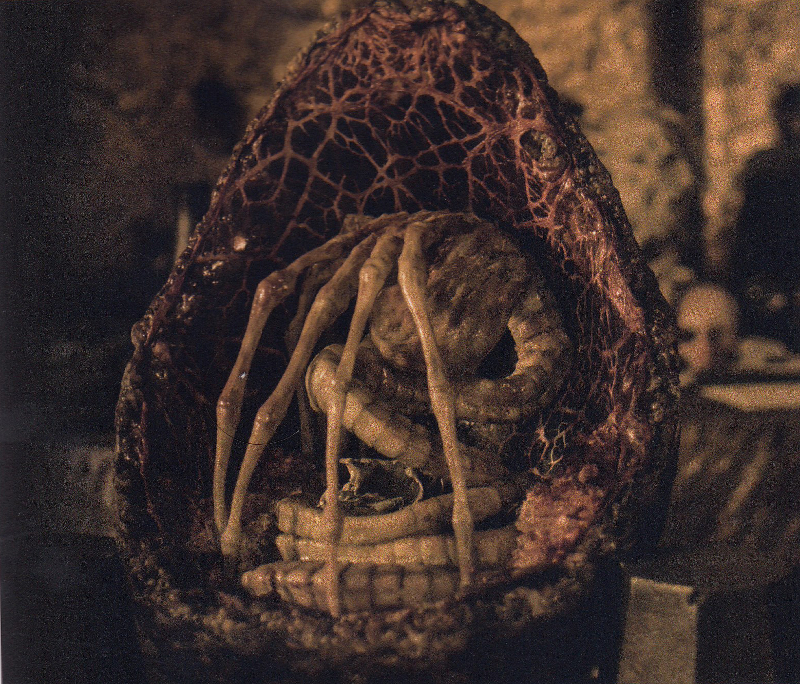 In additional to those big differences, Alan Dean Foster’s novelization also featured a lot of other differences as you would expect from a film novelization. Usually of interest to most people are the apparent deleted scenes!

The novelization featured the missing scene with Branson and Daniels on Earth, discussing their log cabin. We also had mention of the cannabis that was reportedly being used for the film but never appeared. And, of course, the novel also includes a clash between a Neomorph and Xenomorph.

There were also numerous differences with the characters. Oram is more antagonistic towards David, furthering the synthetics attitudes towards his creators. Mother has distinctively more personality each on the novel between her and David. Upworth has a much more straight attitude than is portrayed in the film.

Unfortunately, there were things that I would have liked to have seen addressed that are absent from the novel. There is no mention of the flashback sequence where David bombs the Engineers and there was no attempts to really delve into David’s change in motivations between Prometheus and Alien: Covenant.

This may be because Alan Dean Foster is likely to explore that time frame in his next novel, Alien: Covenant – Origins. After how much I enjoyed reading this novelization, I can say I’m really looking forward to seeing what Alan Dean Foster has to offer me next. It was such a treat to read a new piece of Alien fiction from Alan Dean Foster.

Also returning with the Alien: Covenant novelization is Alan Dean Foster’s thoughtful and often poetic narrative style. Something I used find a little jarring about his style was the switch between character perspective and it returns here but those familiar with Foster’s style will be fine. Those who aren’t may find themselves re-reading a few sections.

As with all the other novelizations, I wholly recommend picking this up. Those who enjoyed the movie will enjoy the differences and those like me, who had issues with the film, may find Alan Dean Foster’s novelization a better experience!

Alien: Covenant – The Official Movie Novelization is available to order from all the usual book places. It is also available from Amazon (UK and US).