“Deep in the rugged New Mexico desert, a strange aircraft has landed. In response, the commander of a nearby army base sends out search patrols. What he doesn’t know is that an alien Predator has arrived, hunting for human prey. But Corporal Enoch Nakai, a Navajo soldier, sees the creature in action — his buddy slaughtered in a blinding flash — before narrowly escaping with his life.

For Nakai, it is a Navajo legend come back to life: the return of the Horned Monster, who was destroyed by the hero Nayenezgani, the mythical Monster Slayer. Shunned by his comrades, Nakai knows there is only one hope. He must rediscover his Navajo roots by following in the Monster Slayer’s footsteps. Using the wisdom of his ancestors, Nakai will confront the Predator in a final battle worthy of legend. But this time, will the hero emerge the victor?”

Published in 1999 and written by husband and wife Dean Wesley Smith and Kristine Kathryn Rusch under the pseudonym Sandy Schofield, Predator: Big Game was the third and final Predator novelization published by Bantam Spectra.

Despite being the third Predator book released by Bantam, it’s actually an adaptation of the second Predator series that Dark Horse Comics published. And it’s leaps and bounds above the source material.

Something you expect and hope for from these adaptation novels is that they take the comic and they improve upon it where they can. Smith and Rusch do not disappoint in this regard. Their adaptation is a huge improvement over the original comic but is it really enough? 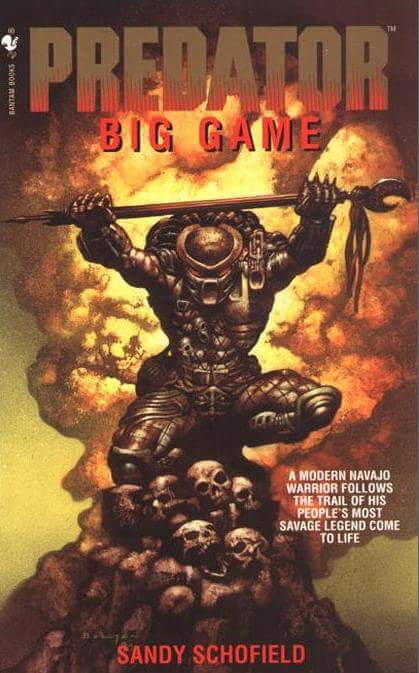 The protagonist, Enoch Nakai, is given much more depth and unlike his comic counterpart is actually a little bit likable. He’s not the perfect person by any stretch but he’s that little bit more relatable. I still found him to be a struggle to really get invested in early on though.

At times he just came off as simply unlikable. It wasn’t until the second half of the book where Nakai starts to show some actual conviction and purpose that I really got behind him as a character.

I’d like to lay my cards on the table now and say that I wasn’t a fan of the original comic series. It didn’t really do anything for me and despite how much Smith and Rusch did to improve and expand upon the original, I still found the novelization a struggle to get because it still contains many things from the original I didn’t enjoy. Sometimes this was due to the main character and at others it was due to the stop and start nature of the pacing in the first half of the book.

In an effort to expand on the comic, we had several characters who had a page or two in the comic who now had a chapter devoted to them. We ended up stopping to learn about these characters (often mundane and uninspired backstories) for them to be promptly killed. I found this to be quite detrimental as it really hurt the pacing of the novel, especially as the authors devote much more time to these distractions than the comic did.

Sometimes we even get random chapter long attempts at giving Nakai more depth which come from offhanded comments in the series. One moment in particular is the random chapter where Nakai succumbs to his infrequently mentioned trouble with alcohol only for it to be done with at the conclusion of the chapter so it just came across as an attempt to pad the pages.

It wasn’t until the second half of the book when the pace picked up and the momentum just kept on going. We stopped having these distractions and pointless expansions. Nakai stepped up as a character and Smith and Rusch gave him a partner in Tilden (a throwaway character in the comic) who fit perfectly alongside Nakai. 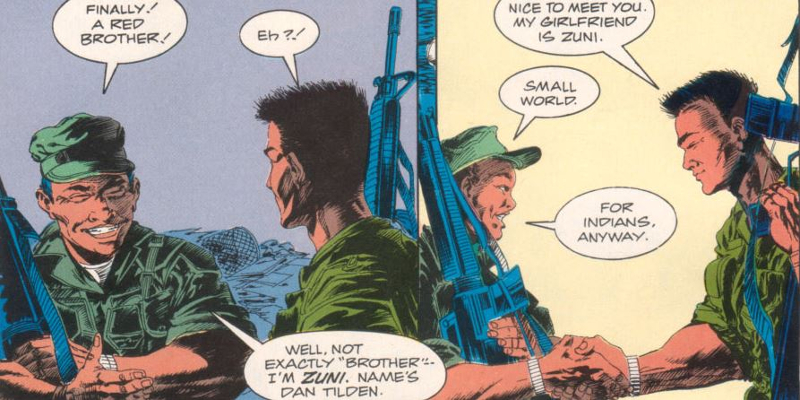 Tilden is another Native American (though from a different tribe) and I found I really enjoyed the two of them together. They worked well together with their similar backstories and skill set. Tilden also brought a more likable and actually interesting character (the book is mainly filled with throwaway or just uninteresting characters) to the forefront to help keep the reader invested.

One of the things I really love about the Predator series is just how versatile it is. I think you can take it to any setting and do just about anything with it. Smith and Rusch try to use some of that flexibility with their focus on the myth of Nayenezgani.

It’s just thrown into the final issue of the original comic series, coming across as an afterthought. The novelization frames itself around the myth which sounds really great on paper. Ultimately, though, it didn’t feel like it really added anything to the story and only served as a paragraph of summary thinly veiled around the mythical.

Like with a lot of the book, I struggled with the Predator early on. He was going around killing sheep and farmers who didn’t pose any real challenge towards him and it just made me shrug sometimes. These are kills inherited from the original comic and I know we’re at a point where a lot of people have a distorted view of the Predator and how it acts but they just didn’t seem particularly interesting kills to me.

However, like many elements of the novelization, past the midpoint of the novel the Predator becomes really interesting to read about. He demonstrates some genuine cunning and intelligence when dealing with Nakai and the military that are chasing him down. 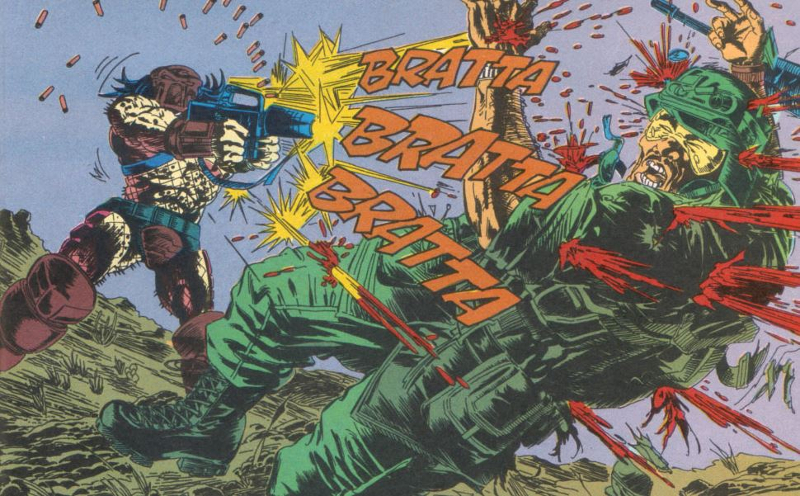 One moment in particular that I was quite fond of is when the Predator uses one of the characters M16. It’s just a bit of a throwaway moment in the comic but Smith and Rusch use to deepen the Predator, explaining it as tormentative behavior, letting the human characters know it can use their own technology.

While I think the novelization of Predator: Big Game is a huge improvement over the original comic series, I still find it a lackluster read. It was difficult to get into and while the second half is substantially more interesting and flows better, the book never raises above the feeling that this was just “phoned in” by the authors.

From Aaron Percival at Alien vs. Predator Galaxy, I award Predator: Big Game with with 5 out of 10.