In the aftermath of the events of Predator 2, U.S Marine Scott Devlin is assigned to the clean-up operation in Los Angeles. He is soon thrust into a world of secretive government agents, highly-advanced technology, and an unstoppable juggernaut lone agent, Alan ‘Dutch’ Schaefer.

As Devlin rises through the ranks, working in elite counter-terrorist units, he gathers evidence, slowly piecing together the shocking truth of what he saw that night. Fighting for freedom from the jungles of South America to the Scottish Highlands, Devlin learns who the real enemy is, and how to fight for survival. He’s not the only one fighting back against the Hunters. Dutch has been working in the shadows ever since his first encounter in Central America, gathering knowledge, weapons, and teammates.

Fighting both the Hunters and shadowy government agencies, Dutch and Devlin must team-up to take the fight to the aliens – to become the predators.

Though released a week or so early in the United Kingdom, the latest Predator novel is due out for the rest of the world on the 26th of May, coinciding with the release of Predator: Hunting Grounds first downloadable content and lore drop. Predator: Stalking Shadows is the first Predator novel since 2018’s novelisation of The Predator. Written by James A. Moore and Mark Morris, Predator: Stalking Shadows returns us to the Predator expanded universe with a prequel to Illfonic’s Predator: Hunting Grounds.

Unlike the Alien novels, we don’t get a Predator novel very often so when a prequel to Predator: Hunting Grounds was announced I was pretty surprised and excited, especially when I saw who the authors were. Both authors have previously written for Predator, with Morris having actually co-written the most recent Predator novel, The Predator’s novelisation. And Moore was responsible for The Predators: Hunters and Hunted, the prequel novel to The Predator that is leagues ahead of the actual film, and easily one of my favourite Predator novels! He’s also written some great entries for the Alien series.

With Predator: Hunting Grounds being a multiplayer focused game, I was very curious to see how Stalking Shadows actually tied into the game. Though not sticking exactly to the lore from Hunting Grounds, the connection is focused around Dutch’s story as told in Illfonic’s OWLF recordings, and presumably the new Dutch tapes. Beware spoilers below. 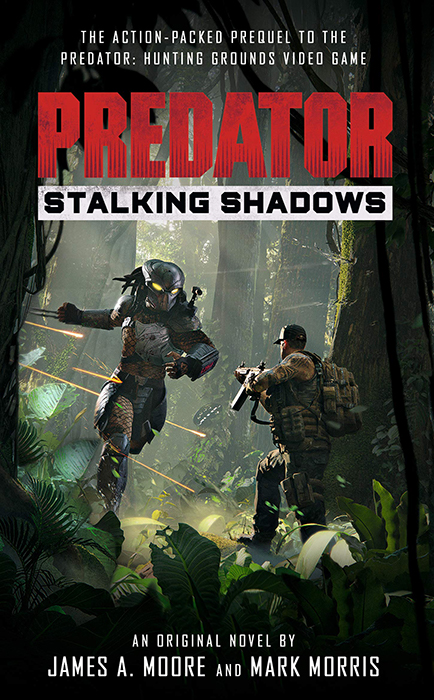 I’m sorry to say I actually struggled with Stalking Shadows. That was primarily because it felt like it took two thirds of the novel for anything really interesting to start to happen. Though not mentioned in the online synopsis, the back of the actual novel prominently declares that DUTCH IS BACK and while he makes an appearance at the beginning of the novel, he’s not the focus of the book.

Instead, our attention is on Scott Devlin, who spends the majority of the novel being less informed than the reader and Dutch, and it became frustrating for me waiting for things to kick in. We follow the military career of Scott from 1997 to 2023, where Scott spends most of the novel working other roles within the military – as a clean-up squad, and then counter-terrorism –  but comes across the aftermath of several Predator encounters, before he is eventually brought into the fold.

And while his accidental involvement in Predator activity is a nice mirror to the thematic setup of Predator: Hunting Grounds, that it takes so long of the novels page count to actually get him up to speed with us is a frustration I have with tie-ins. This frustration is increased by the small number of Predator novels we get, because I just want to get to the new and exciting!

That said, I did genuinely like the characters that Moore and Morris crafted. Devlin came across as a very intelligent and likable, and the bond between his closest unit members was really satisfying. Devlin’s friendship with his second in command, Marcus, was also particularly satisfying to see develop and grow.

However, in terms of actual Predator focused content, there was just too little. With Dutch’s return introduced so soon in the novel, I just wanted Devlin to get caught up to speed and involved with the legendary Predator character much earlier! That Dutch was actually in this novel made it something of a huge deal! 20th Century Fox (Studios) had been very protective of the character – in case Dutch ever made a return on the big screen – that he wasn’t allowed to be used in the expanded universe. I wanted to spend more quality time with him! Not waiting for Devlin to get caught up with me! 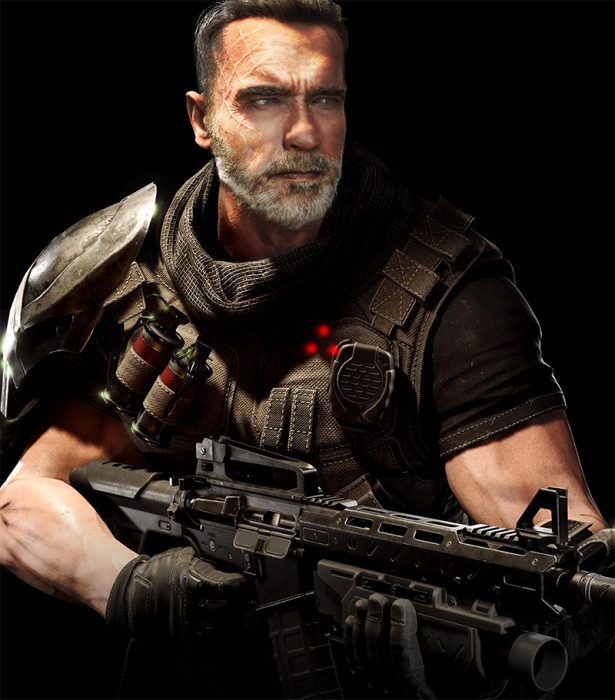 It’s made increasingly frustrating by the fact that I can’t even see how Devlin ties into the actual game. Is he supposed to be Zeus? It all just feels empty. The OWLF recordings do a more satisfying job of filling us in the activities of Dutch and OWLF in tracking the Predator activities than Stalking Shadows does.

There are a total of three actual Predator encounters throughout the novel. We get a single chapter with Dutch’s team early on, which brought the Predator scouts from the game into play. When Devlin and his team is finally brought up to speed, we get our most interesting encounter in which the characters secure a downed Predator ship and end up fighting some Predator Hounds (who are not described like any of the two versions we’ve seen so far), before the surviving Predator is anti-climatically killed by throwing some grenades into a cave.

The final encounter with a pair of Predators rounds out the end of the novel, and while having a lot more emotional impact than the other two encounters, it didn’t seem to have as much actual page space. The Predators themselves don’t feel particularly interesting either. They tend to only last the chapter that they’re encountered in, and while they take some human lives, they don’t feel particularly menacing. They’re not given the chance to have any character themselves.

Most disappointing to me is how the big encounter between Dutch and the female Predators in the OWLF recordings isn’t the big action piece that it should be! It’s just recalled by Dutch to Devlin. Devlin just doesn’t seem to get to actually participate in much of the actual interesting developments that the recordings mention, or that the novel itself hypothesises. He’s just there. 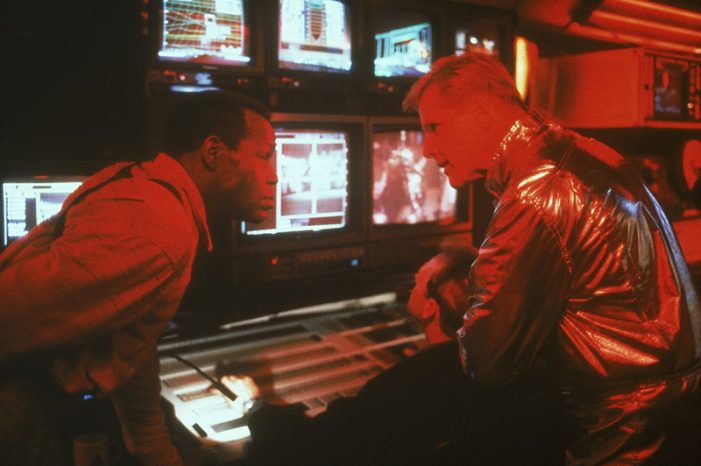 I think another reason I feel let down by Stalking Shadows was the fact that I enjoyed Predator: If It Bleeds, and The Predator: Hunters and Hunted so much more. Hunters and Hunted in particular feels like it did a similar story in a much more satisfying manner. It had a mentor figure who had survived the Predators, a team who was specifically after the Predators and actually up to speed from the very beginning, and a singular threatening Predator throughout the course of the novel.

Ultimately, I feel that a better attempt to fill in the years between Predator 2 and Predator: Hunting Grounds would have been another anthology. If Titan or 20th Century Studios didn’t want to focus solely on Dutch, a better way to cover the events and developments while keeping Dutch looking like a legendary figure would have been short stories from members of his team, or OWLF, that looked on him from afar, but also got to tell mini-stories like the chapters of Stalking Shadows seemed to want to.

Predator: Stalking Shadows is very well written in regards to crafting its characters, but I just feel like the plotting decisions could have been better. Unfortunately, I do feel that Predator: Stalking Shadows is one of the few Titan novels that I don’t think I’ll be revisiting. I’d rather re-read Jim Moore’s previous Predator novel, or Bryan Schmitt’s Predator anthology, or Dark Horse Comics’ Predator: Hunters series.