AvPGalaxy | Literature | Reviews | The Art and Making of Alien: Covenant Re… Sections

“Ridley Scott returns to the universe he created with Alien: Covenant, a new chapter in the groundbreaking Alien franchise. The crew of the colony ship Covenant discover what they think is an uncharted paradise, but it is actually a dark, dangerous world, whose sole inhabitant is the synthetic David, survivor of the doomed Prometheus expedition. Alien: Covenant The Art of the Film reveals how the visual style of the film evolved, with breathtaking concept art accompanied by insight and interviews with key cast and crew.

This official companion book explores all the major environments, creatures and technology that feature in this exciting new movie. It explores the intricate technology of the eponymous colony ship and its auxiliary vehicles, designs of the crew’s uniforms and weaponry, artwork of key locations and breathtaking alien art imagery in amazing detail. Packed with fascinating sketches, blueprints, diagrams, full-color artwork, final film frames and behind-the-scenes shots from the set, Alien: Covenant -The Art of the Film is the ultimate literary companion to this highly anticipated movie event.”

With films that you’re really looking forward, I think that the few months after release are just as exciting as those months of hype leading up to a film’s big opening at the cinema. There’s just something about digging into the production and learning about all those secrets and what-could-have-beens that is really fun!

And there are a few things you can always rely on for that information. Post-release interviews with the director, the concept artists releasing their artwork and an Art and Making Of book. Following on from their books for Prometheus and Alien: Isolation, Titan Books released The Art and Making Of Alien: Covenant in early June. The moment I saw the pre-order was up, I added it to my cart. 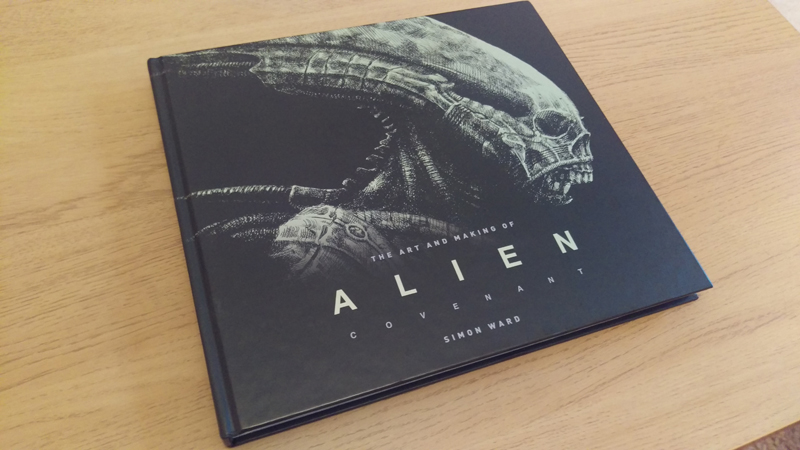 After a brief foreword from Sir Ridley Scott, author Simon Ward opens the book with a short summary of the production of Alien: Covenant before taking us through the film chronologically, first detailing the prologue scene with Weyland and David before introducing us to each of the actors and their characters before breaking the film down scene by scene.

Those who have previously purchased and read Titan’s Alien Covenant: Official Collector’s Edition will recognize some of the quotes used during the character sections as they appear to have been sourced from the same interviews.

I love getting to see all this concept art but sometimes the art lacks any context from the artist. I also wish that the artists would actually be credited in these kinds of books! As someone who is really into learning about the production (as I imagine most people who buy this kind of book are), I really appreciate having the full facts about who created what work.

Throughout The Art and Making Of Alien: Covenant, Simon Ward recounts various plot elements and what I find interesting about this is that it would appear the book was written using an earlier draft of the film script (possibly even the one Alan Dean Foster was given for the novelization), rather than the finished product which isn’t really unusual in itself given the time pressures of producing something like. 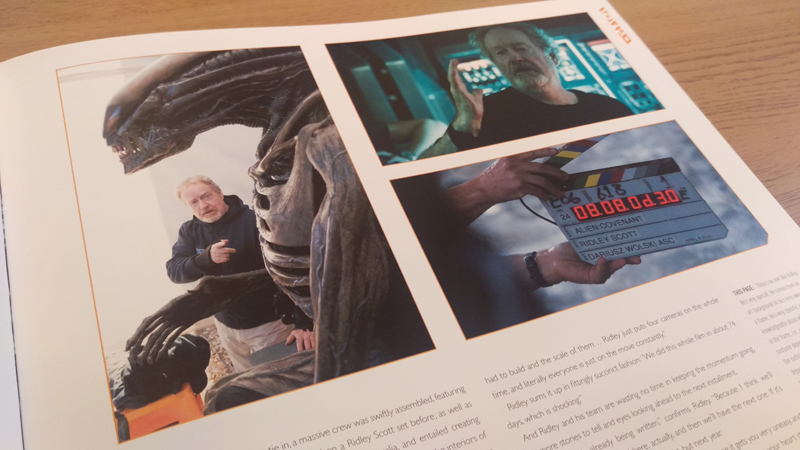 What makes it interesting is that we get an insight into some of the plot elements and scenes that never made it into the finished product. We get recaps of the deleted scene where Walter brings Daniels some cannabis and we find out about Jacob’s record player

There’s also mention of Oram praying on the bridge of the Covenant and even some behind-the-scenes stills of the characters looking down the giant opening in the middle of the Engineer necropolis.

While I may enjoy getting the chance to read more of the alternate sequences, I think the book is a little heavy on the recapping of scenes. Presumably, anyone reading the book would already have a bit of a vested interest in the film currently and be knowledgeable about the events of the film already.

I would have liked it for there was more on the behind-the-scenes mentality behind the production. I loved what we did get but I would have liked to have learnt more about the influences behind certain designs choices such as the lack of biomechanics in the Alien design.

There’s also a lack of background on the earlier days of the film. There’s no exploration of the more immediate days of being a straight-up Prometheus sequel and none of Carlos Huante’s concepts of any information on them. I would have liked to have seen some of that. 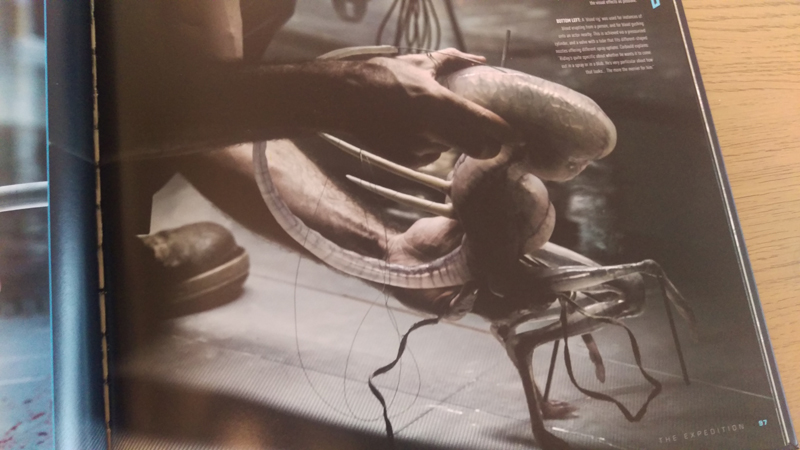 As a little aside, I would love it if publishers would be able to offer some sort of digital download for the artwork and images in these kinds of books. While I really like having The Art and Making Of Alien: Covenant on my shelf, able to look at the images within, I’d also love to be able to look at the same images on my computer as well as on the paper.

Apart from the few niggles I have mentioned – which I have with near enough every kind of recent Art and Making Of book – I really enjoyed The Art and Making of Alien: Covenant. It offers us some interesting insights into the production of the film, a look at possible alternative scenes and some fantastic behind-the-scenes imagery.

These kinds of books really serve well to appease that appetite for behind-the-scenes knowledge prior to the Blu-ray and DVD releases. The Art and Making of Alien: Covenant is available to purchase from Amazon (UK/US).