For centuries Earth has been visited by warlike creatures that stalk mankind’s finest warriors. Their goals unknown, these deadly hunters kill their prey and depart as invisibly as they arrived, leaving no trace other than a trail of bodies.

When Roger Elliott faced such a creature during the Vietnam War, he didn’t expect to survive. Nor did he expect that, decades later, he would train the Reavers, a clandestine strike force attached to Project Stargazer. Their mission: to capture one of the creatures, thus proving its existence, disassembling its tech, and balancing the odds between the HUNTERS AND HUNTED.

Written by James A. Moore, The Predator: Hunters and Hunted is the first original Predator novel since Predator: South China Sea (Predator: Incursion was an AvP novel really) was released 10 years ago and serves as a prequel to Shane Black’s The Predator.

Readers of Alien vs. Predator Galaxy may be familiar with Moore as he’s previously written for Titan’s Alien books. He helped relaunch the Alien novels with Alien: Sea of Sorrows and contributed to Aliens: Bug Hunt, writing Distressed, one of the handful of shorts I enjoyed in the anthology.

This is his first foray into the Predator side, though, and with The Predator: Hunters and Hunted, Moore delivers a solid entry into the Predator lore. The novel focuses primarily around the Reapers, a specialized team operating out of the Stargazer Project who are all about hunting Predators.

The problem? They haven’t actually faced up against a Predator before! They’re being trained for that task by Roger Elliott, a survivor of an encounter with a Predator during Vietnam. I really enjoyed Elliott’s involvement in Hunters and Hunted as there’s a good deal of time put into his PTSD.

The emotional and mental aftereffects of encountering a Predator are something that I’m thoroughly enjoying seen explored a bit more in recent Predator stories such as this book and the most recent comic series, Predator: Hunters. 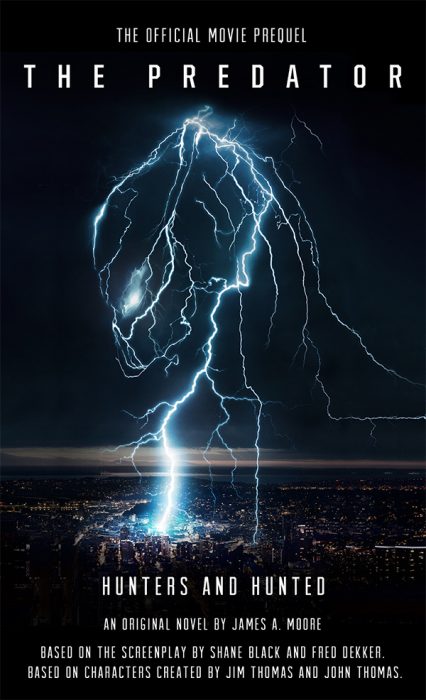 He is doing the job simply by virtue of surviving his encounter and being the only survivor willing to talk to Stargazer. It’s not something the book brings up but it was something I found interesting none-the-less.

I think the choice to have the prequel’s plot revolve around Stargazer’s first encounter with the Predators was a fantastic one. It doesn’t intrude on what we know of The Predator’s plot or replicate it and it doesn’t make it mandatory reading to understand the film, but it serves as interesting world-building for the situation we find the world in when The Predator comes around.

There were a lot of world-building elements to The Predator: Hunters and Hunted that I really enjoyed. There was a lot of call-backs to Predator 2 as being the last known major incident that involved the Predators (and I felt some structural influences from Predator 2 throughout the novel too) and furthering what was established in the film.

The Predator: Hunters and Hunted establishes that the Other World Life Form (OWLF) task force that Peter Keyes headed up in Predator 2 eventually became Stargazer, a joint effort between the military and the CIA. But a lack of hard evidence and there seemingly being no reported or notable Predator encounters has meant that Stargazer kept getting budget cuts and having to fight to exist.

So this does mean we end up with a bit of a political side story to The Predator: Hunters and Hunted. Fortunately it doesn’t take up too much of the page count but it is our primarily time spent with William Traeger, Sterling K. Brown’s character, as the novel sets him up as a convincing politically minded character.

We don’t actually get to spend a huge amount of time with the film’s characters which was something I was a little disappointed by. As much as I ended up enjoying learning about the Reapers, I do wish we’d have had more time to get to know Sean Keyes or Traeger outside of Washington. 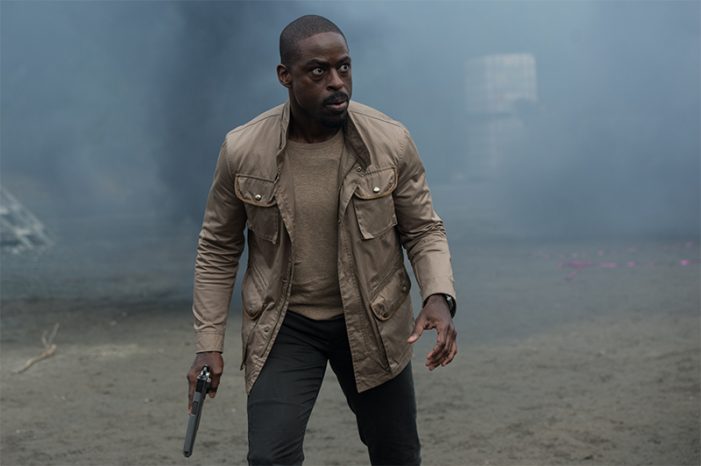 Despite the lack of movie characters, I did really enjoy spending time with the Reapers. James Moore was sure to give everyone a distinctive personality and voice. I was especially fond of Hyde and his somewhat twisted personality. Getting to see him go up in hand-to-hand against the Predator was exhilarating.

James was even sure to give some of the victims of the Predator’s various slaughters (another one of those things that reminded me of Predator 2) some history.

However, towards the middle of the book it shifts gears when Traeger ups his game and starts to make moves to put him in the place we’ll find him in the film, we start to get introduced to some of his allies and we’re given no real information on them. For the most part they’re just names that show up out of nowhere.

It felt like the book would have benefited greatly from those particular characters being introduced early on, with some development, rather than feeling randomly inserted in the middle of the book.

There were a couple of little bits in the middle that actually stuck out to me. The Predator suddenly brought up Yautja as a self-identifier and the CIA suddenly started being referred to as the Company (the Alien fan in me was taken back a little then) when they hadn’t been earlier. It’s nothing major but it just stuck out like feedback made half-way through but then forgotten to go back earlier and have some consistency.

Onto the Predator itself! Hunters and Hunted’s Predator is a completely beast! He gives such brutal punishment and he takes an absolute beating and just keeps going on. There’s a really cool moment early on when he throws down with an alligator with his bare hands. This Predator is here to have fun!

Unfortunately he has the misfortunate of Stargazer picking up on his activity. Despite actually getting captured by the Reapers, it comes at a cost and the Predator doesn’t make it easy. We also get the occasional look at events through the Predator’s perspective too. While Yautja is mentioned, it’s not full-on Perry levels of Yautja (fortunately for me) but it is still interesting and something I always enjoyed when it came around!

The majority of the connective tissue to The Predator comes through Stargazer and so the books main Predator is just a normal Predator getting his jollies from hunting humans, but through the Predator’s perspective we do get a brief mention of the DNA manipulation/upgrades that seem to be the focus of the film.

I did have one minor fan nit-pick with The Predator: Hunters and Hunted and that came during some of the segments that had really interesting imagery. There’s a good bulk of the novel that sees the Predator fighting outside in the middle of the storm. We get these great descriptions of the heavy storm and the lightning strikes (a nice throwback to the cover art actually) and it was great to read.

What did make me shake my head a little, though, was that the Predator was using his cloak a lot during the storm with no apparent issues. I had the opportunity to ask Jim Moore about this and he said he put the cloak issues down to damage sustained, rather than being due to the water. I’d always interpreted it as being down to the water, though, and it just stuck out to me.

At the end of it all, I thoroughly enjoyed The Predator: Hunters and Hunted. It was an absolutely solid novel that I just flew through. Through the world-building it sets the stage for The Predator and it’s really put me in the mood for the film!