The Book of Alien was originally published way back in 1978 and then again in 2004. And now, Titan Books are reprinting it (along with the Aliens Tech Manual) just in time for Prometheus. It was written by Paul Scanlon with Michael Gross as the illustrator. It’s basically a behind-the-scenes book about the design of Alien, containing concept art from artists Ron Cobb, Chris Foss and H.R. Giger. There are also plenty of behind-the-scenes pictures and stills from the production. It’s generally an art book but there are a few pages of text covering various elements of the film. 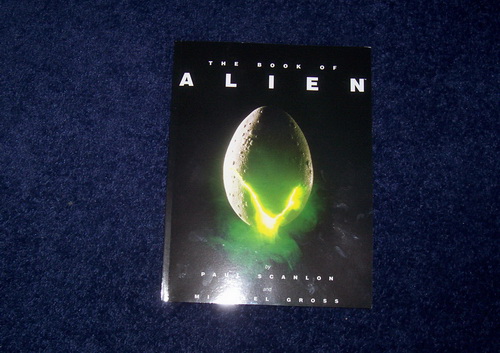 The book starts off by explaining how Alien came to be made in the first place – how writers Dan O’Bannon and Ronald Shusett came up with the idea, how the concept artists got involved etc, and gives a brief overview of how production went. The next part of the book deals with the creation and design of the Nostromo spacecraft and reveals early concept art pieces from Ron Cobb and Chris Foss. It was actually quite interesting seeing what the Nostromo could have looked like before they ended up with the final design. The book moves on to the inside of the Nostromo and how aspects of it were created such as the Bridge, Hypersleep Chamber and the AutoDoc area. Ridley Scott revealed he wanted the bridge to resemble the inside of a B-52 bomber. The book moves onto the characters’ spacesuits and their equipment. Jean “Moebius” Giraud was only involved with the film for a few days, but his basic spacesuit suit design made it into the movie. 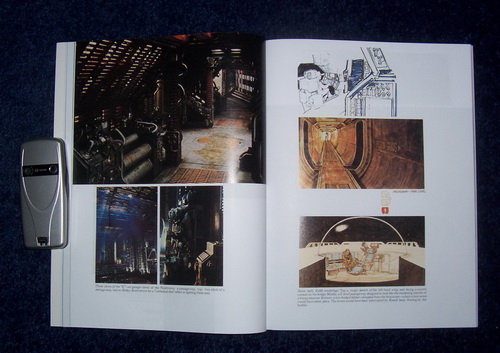 The next section I found quite fascinating. It details the pyramid idea that was in an early draft of the script. Basically, after the crew explore the Derelict spacecraft, they eventually find a pyramid when the storm dies down. The reach the top of it and find a hole. They descend into a tomb and find the Alien “Spores” there. I hadn’t actually heard much about this so it was interesting seeing what it could have looked like. The section moves onto the Derelict spacecraft. We see what some of the early designs were like for the Derelict from the likes of Chris Foss and Moebius. 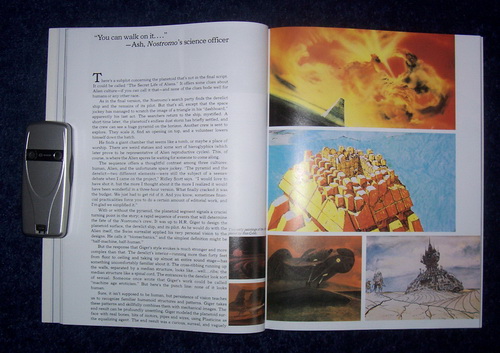 We move onto H.R. Giger’s work. What can I say? I absolutely love Giger’s unique style of art. I don’t think I’ve ever seen an artist remotely similar to him. His concept of biomechanics made it into the interior and exterior of the Derelict. It’s like organic matter fused with something mechanical. This idea also applies to the Space Jockey and the final Alien creature. There’s also of concept art and behind-the-scenes material as to how the Space Jockey Chamber was created. 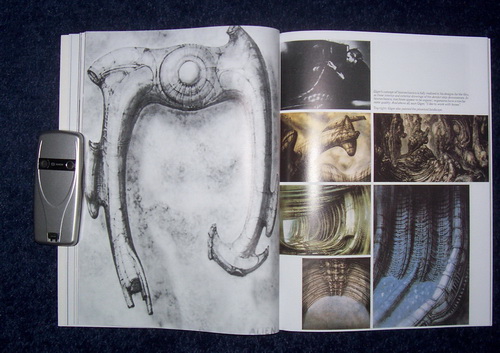 The next part of the book is about Giger’s designs of the various stages of the Alien life cycle. Going back to the rejected Pyramid idea, Giger created some hieroglyphics which depicted the Alien life cycle. We are shown how the Alien Eggs came to be. Initially the Facehugger was going to be huge but was eventually made much smaller until it was face-sized. We also see the various nightmarish designs of the final Alien creature from Giger. It’s impressive stuff to say the least. 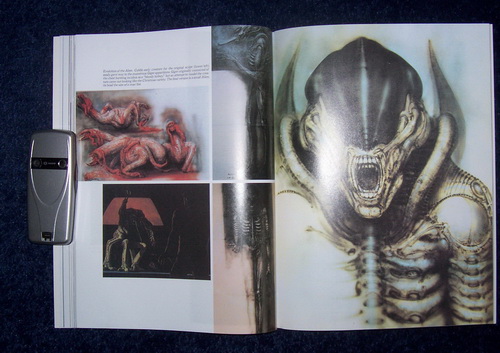 Honestly, I enjoyed the book a lot. I mean, most of the artwork I have seen over the years, either online or on the DVD sets. It’s handy having it all in one book. You might be disappointed if you’re expecting an in-depth look at the production with pages and pages of text. It’s mostly just an art book but I highly recommend it to any fan of the movie, especially if you’ve never seen Giger’s concept art before.