From birth, Amanda Ripley’s life is riddled with hardship. Her parents live on the edge of poverty, so her mother – Ellen Ripley – seeks off-world contracts that lead to a position aboard the commercial hauler Nostromo. Then when the deep-space vessel disappears, Amanda passes into adulthood focused on discovering one thing.

WHAT HAPPENED TO ELLEN RIPLEY?

Amanda’s quest pulls her into the underbelly of society, where few can be trusted. On Luna she meets someone who seems the exception – Private Zula Hendricks of the Colonial Marines – but their relationship is short-lived. Just as Amanda appears to hit rock bottom… a lead appears.

To follow it, she must travel to the remote Sevastopol Station. There she hopes to find the answers she seeks. But the station is in ruins, and death stalks the corridors in the form of a deadly alien the likes of which she never could have imagined.

When Alien: Isolation was first announced at the start of 2014 I think it would be fair to say that Alien fans who enjoyed their video games were in a bit of a bad mood. Alien: Crucible had been cancelled and Aliens: Colonial Marines was a bitter disappointment, and an absolute travesty.

I was certainly dubious about Alien: Isolation. Amanda Ripley as the main character? Come on! It just reeked of unnecessary fan service! But with every preview, and every chance to get a hands-on with the game I was more and more impressed. And when October 2014 rolled around, I was overjoyed! Alien: Isolation was a true gem!!

Despite the hugely positive critical and fan reaction, and despite the two million plus copies sold, Sega didn’t consider Alien: Isolation successful enough to continue. So Amanda Ripley’s fate (other than her death) went unknown. 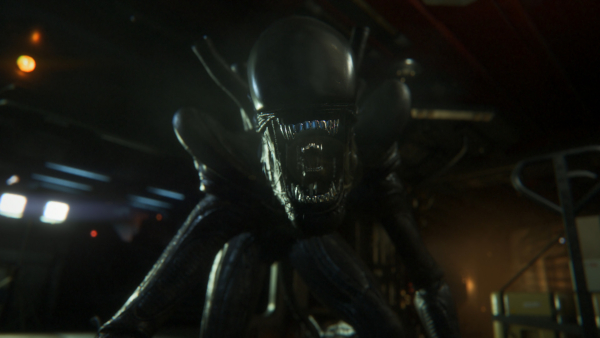 And then 2019 rolled around. In what appears to be the year of Amanda Ripley, we’ve had the continuation of Amanda Ripley’s story. It might not have been the Alien: Isolation 2 we’d all been hoping for, but I thoroughly enjoyed Alien: Blackout (it really is underrated). We’ve also had Aliens: Resistance and Alien: Rescue, two Dark Horse series that delved into more of Amanda’s exploits. And finally we got the misfire that was Alien: Isolation – The Digital Series, an adaptation of the events of the game.

In addition to retelling Isolation’s story in The Digital Series, Titan Books also published a novel adaptation of the game written by Keith R.A. DeCandido. A veteran of science-fiction, DeCandido has previously written for the Alien universe. He contributed the short “Deep Background” for Aliens: Bug Hunt. Deep Background was one of a small handful of shorts that I really enjoyed in that anthology, so I was pretty pleased when I saw he’d been tapped to write another Alien story. Even more so when I learnt it was an adaptation of Alien: Isolation.

Fun fact – there was an unauthorised Hungarian adaptation of Aliens vs. Predator 2 (the game) called The Forced Chase! But we’re here to talk about Alien: Isolation!

I think one of the aspects of DeCandido’s novel that got some focus – and well deserved in my opinion – was that it was going to delve a little deeper into Amanda and Ellen Ripley’s background and it was easily the highlight of the novel for me.

The emotional pay-off that comes with Amanda hearing her mother’s recording towards the end of the game is one of my favourite parts, and I think it works incredibly well with the novel as I feel like DeCandido crafts a fantastic journey towards the same moment. 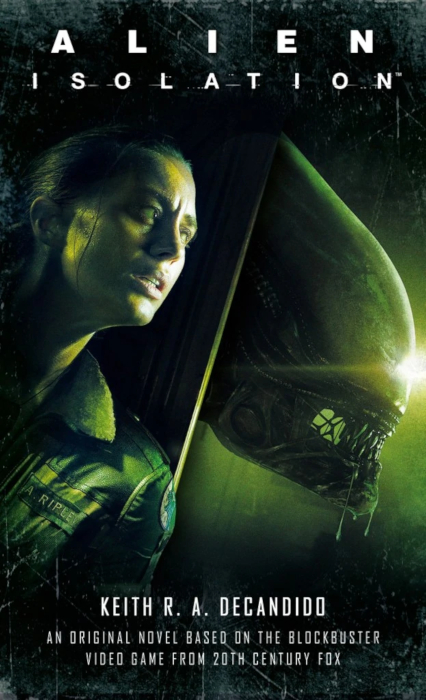 He takes us from Amanda’s childhood and those last moments with her mother, through the emotional betrayal that she experiences when she doesn’t return, and suffering through the pains of learning to live with the legacy of her mother’s disappearance and of people trying to take advantage of her. I thoroughly enjoyed seeing her grow through all these difficult moments in her life.

The novel also features some great background for Ellen Ripley that I also really enjoyed. I wont go into it all, but it does shine another light on her relationship with Brett and Parker that I thought was pretty interesting. It also tied in to the crew bios that were created for Aliens which I think was a pretty nice touch too.

But I was never able to forget the source material when reading this. When you play video games, you aren’t just watching a story unfold. You are actively taking part in it. You are the character. And good games are designed to elicit emotions from you as you play. Alien: Isolation is a fantastic game and it certainly brings about some emotion. You feel terror, fear, and hopelessness. And by extension, Amanda is feeling that.

Unfortunately, I did not get any of that while reading the novelization. Amanda never seemed as scared as I was while playing Isolation. The feeling I got while reading this was that DeCandido had never experienced the game for himself. And this is something that he confirmed during post-release interviews and I really think it was to the book’s detriment.

To have a game that is so closely associated to feelings of dread, to actually experience what the crew of the Nostromo did, and then to have none of that passed onto the main character in this book was a fatal flaw in my opinion and is the novel’s biggest issue.

I understand there will be some degree of trimming of events in the game, but to take some of the game’s most iconic situations like San Cristobal and Gemini Labs and does not even attempt to replicate what it felt like to play them…It was such a missed opportunity.

The novel even has Amanda actually kill one of the Alien’s with the flamethrower! That is just a cardinal sin for an Isolation story as far as I’m concerned. Yes, I understand that other media portrays them as being killable by napalm, but not Alien: Isolation. It drives them away, until you use it too much and Stompy learns it can just charge through it. The Alien is the ultimate threat in the Isolation story.

I felt like the Working Joes were also neutered to some degree too. They should be just as much a threat as the Aliens themselves and when you have comments like “this is beginning to be cathartic” in regards to Amanda taking down the Joes, it trivializes their threat. 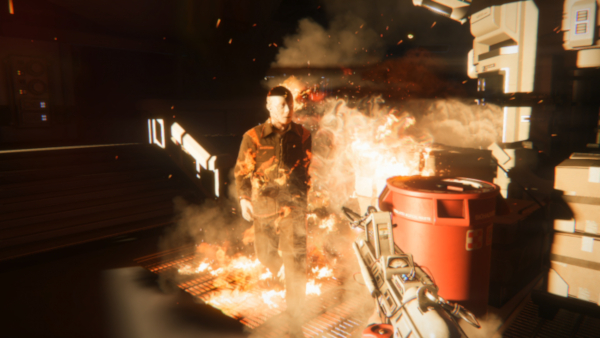 Speaking of the Joes, the novel describes them as being purple instead of white. Amanda’s hair colour is also changed to blond for some reason. They’re not exactly big deals, just detail oddities.

For me the novelization didn’t work. As much as I absolutely loved the backstory we got for Amanda, it didn’t make up for the disappointment of the actual adaptation. You can almost feel DeCandido having more fun writing the original content than you can the rest of the novel.

I’d have much preferred an entirely original novel set within the world of Alien: Isolation and Sevestapol, perhaps utilizing background characters such as Dr Lingard, Mike Tanaka or Ransome. The story of Sevestapol’s fall could have been a fascinating novel.

I’m sorry to say, but like The Digital Series, Keith R.A. DeCandido’s adaptation of Alien: Isolation was another misfire. I’ve really been enjoying Titan’s Alien novels, so I’m really disappointed to add this book to the small list of Titan’s efforts that I just don’t plan on revisiting. (If you’re interested, it’s just Aliens: Bug Hunt and Alien: Isolation.)

Interestingly, though, the novel does tie into the best part of The Digital Series and that was the epilogue aspects of the series. That put a smile on my face. Unfortunately, like much of the end of the novel it just rushes towards the final page.

It’s possible I’m being a bit too harsh on the adaptation not living up to the experience of playing the game, but I just have an expectation for the adaptation to equal what it’s been based on. And I honestly believe that Keith having not played the game was a huge detriment towards that effort.