2013 were dark times for gamers within the Alien fandom. After 6 years of waiting, and big talking from Gearbox and Randy Pitchford, Alien fans were subjected to the abysmal disappointment that was Aliens: Colonial Marines. The disappointment was so intense that to this day I refuse to purchase anything that Gearbox has had anything to do with.

But it also meant that Alien: Isolation was facing something of an uphill battle. We’d been burnt badly. And then the first details started to emerge and we found out that it would feature Amanda Ripley, Alien gamers were even more dubious.

Then October 2014 rolled around and Creative Assembly and Sega surprised us by delivering not only a fantastic game in its own right, but a fantastic Alien game that is largely considered to be one of the pinnacles of the Alien experience, often held within the same esteem as the films themselves!

Originally released on PC, and last and current generation consoles, we were once again surprised during E3 2019 by the news that Alien: Isolation was making its way onto the Nintendo Switch. Released mere months after Isolation’s 5th anniversary on the 5th of December 2019, Alien: Isolation became the first Alien game on a Nintendo platform since the fantastic Aliens: Infestation came out on the Nintendo DS in 2011. 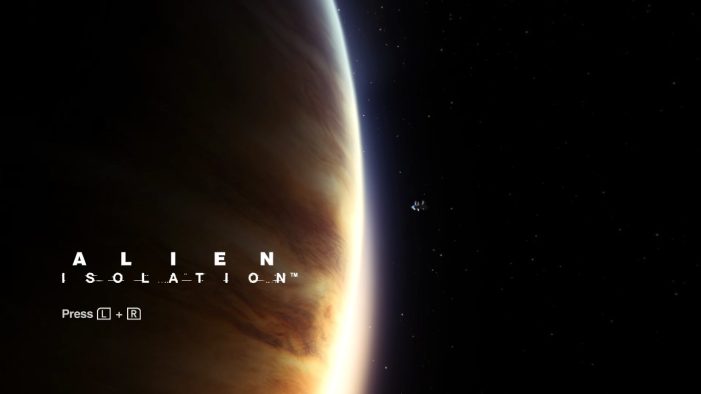 Developed by Feral Interactive, a UK based developer who specialize in porting games to Linux and Mac (they’ve previously ported Isolation to both operating systems), they have recently received some high praise for their Nintendo Switch port of GRID Autosport, and they’ve delivered once again with this new port of Alien: Isolation.

2019 has been a year of renewed interest in Alien: Isolation. We’ve had attempts to retell the game’s story with Alien: Isolation – The Digital Series and Titan Book’s Alien: Isolation (the novel). We’ve had a continuation of Amanda’s story with the underappreciated game Alien: Blackout (which has just been nominated for Best Audio/Visual Accomplishment in the Pocket Gamer Mobile Games Awards), and the Dark Horse Comic series Aliens: Resistance and Rescue. And we finish off the year with a re-release of the original event.

I played through the entire campaign in docked mode, playing some select missions and Survivor maps on the handheld mode. Feral did an absolutely fantastic job on making Isolation run perfectly on the Switch, with a generally smooth 30fps on both docked and handheld modes.

While in docked mode the game outputs at 1080p, with 720p while in handheld mode. I’ve not played Alien: Isolation on any of the other consoles as I’m primarily a PC gamer these days, but I’ve heard and seen horror stories of the game’s performance on last generation. There’s none of that here, everything generally looked and performed well. I will note that coming from the PC, the loading times seemed to be a bit longer than I’m used to, but I understand it’s comparable to the current generation consoles. 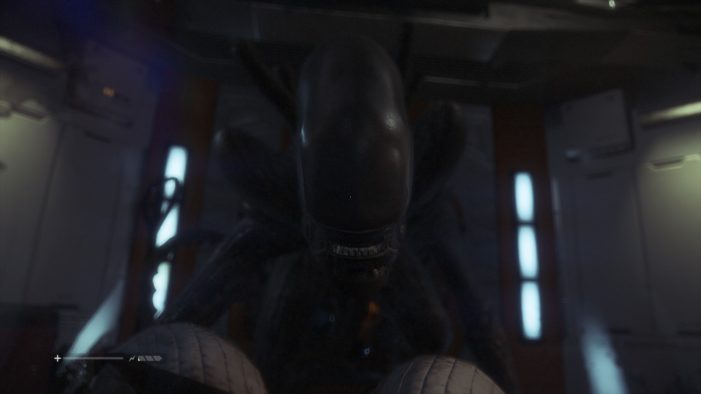 In regards to dodgy moments, I only had two minor incidents. I noticed one instance of some texture popping when loading into Seegson Synthetics for the first time, but I believe I had some issues with that on the PC. I also ran into a hilarious bug later on in the game where I was set on fire and my model continued to flame while taking no damage. I had to reload my most recent save to get back into the game.

As I can’t actually compare it first hand to the current generation consoles, I’ll point to the extensive video comparing Feral’s Switch port to the original PlayStation 4 incarnation that Digital Foundry posted up, and they found that thanks to Feral’s implementation of temporal anti-aliasing in this new port that the game actually looks better on the Switch than the technically more powerful PlayStation 4! If you’re interested in getting a bit deeper into the technicalities of Isolation on the Switch, I strongly recommend checking out their video!

It wouldn’t make sense to bring Alien: Isolation to the Switch without taking advantage of some of the Switch’s unique features! Thanks to the gyroscopic controls, Isolation comes with some motion controlled aspects. You can aim your pistol, or move the motion tracker around. Honestly, I didn’t really dig the motion control, as it was a little limited in its implementation.

However,  I did absolutely love the use of HD rumble when using the motion tracker or the weapons! I found that the shaking in your hands really immersive, and added to the tension! It was nearly enough to make me go out and buy a Pro controller for when I was playing it docked! 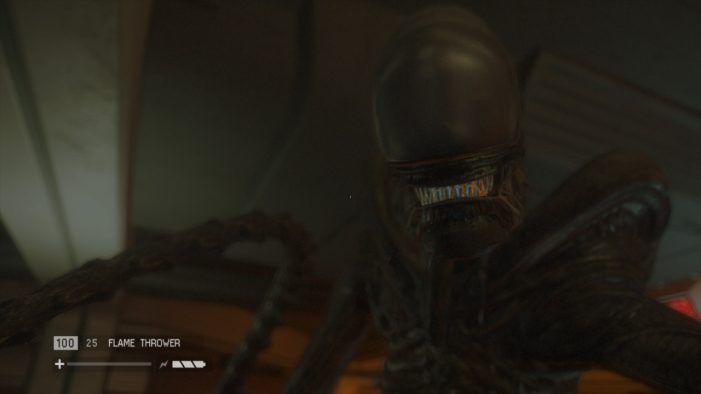 Like with the PC incarnation of the game, though, I feel that Isolation continues to benefit from being played with a good pair of headphones in the dark. So, unfortunately, I don’t think you’re really going to get much by trying to play with the handheld’s built-in speakers. But the portable feature of the Switch is something I’ve always loved about the console, and I’m thrilled to be able to take Isolation on the go with me. I’m just going to make sure I have some headphones with me too.

It may have just been me, but I also found getting to the menu to be awkward in handheld mode. I had to go back to the Switch’s home, continue the game, and then the in-game menu would pop up. I couldn’t find a way to bring it up otherwise. I thought this was a little finicky.

I’m a little disappointed that we haven’t seen a physical release for this incarnation. I appreciate being able to have tangible things, so I’m really hoping that we’ll see Feral Interactive team up with the likes of Limited Run to produce something I can display on my shelf.

But I absolutely love that the digital package comes complete with every single piece of downloadable content that was released for the game originally! It’s an absolute bargain from that front. The original game, 2 pieces of Alien focused story DLC, and then all the Survivor missions. I really cannot find a reason to grumble about that!

Feral Interactive’s release of Alien: Isolation is fantastic. If you loved the experience the first time around, and you’ve got a Switch and want to relive it, there’s really no real not to. It performs wonderfully on the Switch, and it looks fantastic too!