It started off as the brain child of Randy Stradley in 1990, thought up as a way to make use of the Aliens and Predator titles. And since that simple thought sparked in the mind of Stradley, Aliens vs Predator has sky-rocketed to popularity.

Over the 19 years since AvP’s creation it has grown to include novels, figures, games and finally in 2004, a movie franchise. But we’re looking back, way back to 1994 and the birth of AvP gaming as we know it.

Over the last 5 years or so companies have been breathing fresh air into Aliens and Predator, with Dark Horse set to revive Aliens vs Predator comics at the end of 2009. But Dark Horse isn’t the only company revisiting AvP. 2010 will see the release of a new Aliens vs Predator game for the Xbox 360, PlayStation 3 and PC. An AvP game from Rebellion.

So to celebrate the return of Rebellion, AvPGalaxy is taking a look at just how this innocuous British games developer has influenced the way we enjoy AvP gaming. 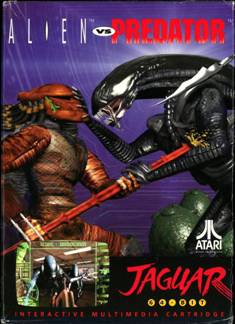 Welcome to 1994, the era of 32-bit gaming. In a world dominated by Sega and Nintendo, Atari struggles with its own Jaguar system. Enter Rebellion. They set out to create a game the likes of which hadn’t ever been seen. October 20th 1994 saw the release of Aliens vs Predator for the Jaguar.

“What an absolute butt-kickin’ game AVP is! A couple of years ago (when I saw the movies) I would have never imagined playing a game this good. If this is now Atari treats a big license, than every big movie should go directly to the Jag! Great sound, great graphics, great control…great game!” said GameFan Magazine.

AvP was unlike any other Alien or Predator game. It let you play through the game as an Alien in desperate search of the Queen, a Predator seeking to regain its honour or a marine trapped on board the station. Each species came with its own individual arsenal and story. Different objects and weaponry allowed for different play styles which really set the game apart from others out there. The Aliens had this amazing ability to cocoon enemies which would act as lives and save points.

Spread throughout the missions where logbooks which you could read to reveal the events before the game (something Monolith used for their Aliens vs Predator 2). Also hinted at in the logs was another alien species that you unfortunately never encountered. 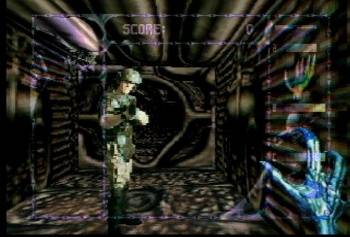 And importantly it had atmosphere. This wasn’t just your Wolfenstein or Doom. This was a game to be scared of. The sound effects (“…over here…”) and 32-bit graphics gave the gamer something to be frightened of. It wasn’t quite living through the movies, but it was step towards there.

Following the success of the first AvP, Rebellion was to bring Aliens vs Predator to the Atari Lynx in latter half of 1994 but the consoles demise made sure a complete game never saw the light of day. It wasn’t to be a direct port of it’s Jaguar brother but Rebellion was confident it could create a game just as challenging for the hand-held platform. Like its bigger brother, the Lynx version would have allowed the gamer to play as Aliens, Predator or Marine with a brand new storyline. Despite the Lynx demise, an incomplete demo of the game was circulated.

The demo let players try their hands at the Marine and the Predator with one simple objective: Get to the bomb and get out. Various websites got their hands on this hard to find demo. Atari HQ said: “Think of Jaguar AvP as a BMW M5 and the Lynx one as a BMW M3 — smaller, yes, but just as thrilling to play with.” But all that’s left of this game with so much potential is a glitchy demo that shows just what could have been. You can still play what was released via Rom and Emulator. If you’re lucky enough, copies of the cartridge do show up on Ebay from time-to-time. 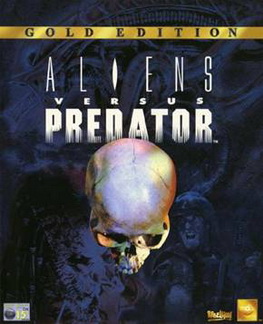 And this is where the future begins… While previous games let you choose your side, 1999’s AvP for the PC took the gameplay to a whole new level. Aliens could walk on walls. They had the speed. The Predator had strength, a functional cloaking device and a grizzly array of weapons. The marines had to rely on their motion tracker and flares to navigate the abandoned colony of LV426.

This brought Aliens vs Predator to a whole new generation of gamers. The separate stories for each species gave it the sense of being three separate games. When the Gold Edition of the game was released in 2000, it added more bonus levels to the campaigns as well.

The game featured amazing reconstructions of Hadley’s Hope, of a Nostromo-like ship and even took you to the now Alien infested Fury 161. And to keep things fresh Rebellion threw in new locations such as the Temple of Unknown Origin and finally took us to Gateway station.

But where AvP truly shone was in the way that it made you feel like you were playing the movies. The Alien movies, at least. The Predator fans did indeed get left in the dark with AvP as the game mostly focused on Aliens, bringing the Predator into the Alien timeline much in the way the original Alien vs Predator comics did.

The tone and atmosphere the game created was always something that gave it an edge. The tentative steps the players would take, not knowing what was around the corner. It was amazing! 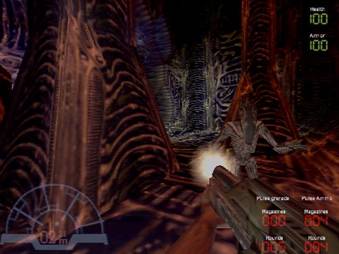 AvP also featured a skirmish system which proved to be very popular. Facing up against hordes of aliens was one way to get your blood pumping. Multiplayer was also in AvP. However, it used a more private method of online gaming where you had to know the server IP beforehand. GameSpy changed this offering up a server list. I could go on some more but I’ll save that all for the review. In short Aliens vs Predator (and the subsequent Gold Edition) was the game we’d been waiting for. It was atmospheric and accurate (to a degree). It’s something I hope Rebellion can build on to provide us with an even better next-gen experience.