Corporal Hicks – Now, more than ever, multiplayer is key to a game’s lifespan. Given the competition out there in games such as Halo3 and Modern Warfare, how have Rebellion ensured AvP is going to stand out amongst the crowd?

Phil Gresley – Well they’ve all got distinctive systems of mechanics for gameplay. We’ve brought the combat right into the players face. A lot of modern games, especially Call of Duty, you’re very detached from the action. There’s an opponent, a target, on the other side of the level. You pull you’re trigger, they drop down. What we’ve tried to do, even as the marine, is to bring everything together so the action is always in the immediate space, very up close, very intense. So you know the Alien is going to be lurking around the next corner, you know the Predator is gonna be sitting in the next tree you walk underneath. You’ve always got the tension and the fear as a marine that something unpleasant can happen to you at any moment.

Again, it helps the Aliens and the Predators as we’re trying to promote the melee combat and force everybody into really small areas so you get a very intense combat experience. And because the ranges are very short it gives you the opportunity to get very up close and personal with your targets and take great satisfaction in your kills.

Alex Moore – I think it also induces the most swearing I’ve heard during any multiplayer game played in the office. 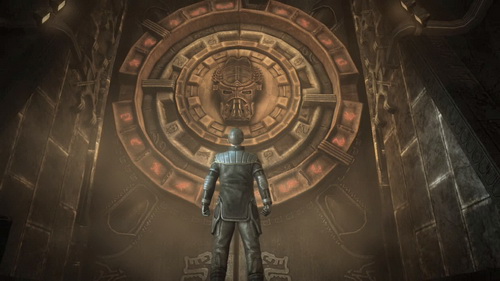 Corporal Hicks – Martin, what exactly is your role as animator?

Martin Kennedy – If something moves on the screen we did it. We’ve gotta go through and produce a suite of animations for every character. If people are going into cover we gotta make sure all the animations for that are sorted out, gotta do the in game cinematic. There’s no sort of separate divisions here, there’s just a bunch of animators who do the in game content. We just crack on, man. As soon as they come in we just try and get them back out again. Simple as that.

Alex Moore – So basically anything that moves has gone through the animators. Now with the humanoids, yeah there’s been some motion capture there that’s been worked up. You’ll get things where you’ve got people are in a certain cycle with the gun and then the actor won’t get the gun in quite the same place each time that he starts the next animation. So these guys have to tighten it all up and sync it up. But it’s really fucking hard to mark up an Alien…

Martin Kennedy – [laughs] So for that you’ve gotta actually do some hand animation. Personally I was mostly doing the humanoid side of animation like the marines and civilians. A massive amount of my job was taking mo-cap, tidying it up, making sure the poses match and they all seamlessly went into the next bit of animation.

The lead animator got, obviously being the lead animator got to choice his species so he took the Alien and then the guy with the next most experience took the Predator so that left me with the marine because I was the new guy at the time. But you gotta earn your stripes, gotta pay your dues. [laughs] I wanna do something else beside the marines now.

Alex Moore – And this is next gen now. You don’t just basically swap a weapon model out like you did with Quake 3 and bang it’s in the hand. You change the pose, you change the stance. You change the whole Goddamn shebang.

Martin Kennedy – I’ve been working with one of the main tech animators, he’s only just left actually, but Ken Turner, awesome guy. He helped to implement a whole new animation system so instead of seeing guys, you know how you see in some games, guys that just walk up to a spot and entirely rotate. We’ve got a really, really nice blended animation system so people will be looking at them until they reach their natural extreme and the rest of their body will adjust. It just makes them all that more believable. It’s really good.

Corporal Hicks – At the EuroGamer Expo I was informed that you would implementing a leaderboard system. How will this work? Based on XP like Call of Duty or based on skill like with Halo?

Phil Gresley – We have a number of different leaderboards depending on the game modes that you’re playing. The main ranked match system is an XP system, the more you play the more XP you gain for killing, assisting in kills, damaging your opponents. Trying to promote good gameplay in the game modes, you’ve got a variation with… capture the flag. If you work well and defend your capture points they’ll be rewards for that which’ll let you unlock skins as you work through.

So we’ve got an XP based leaderboard, we’ve got leaderboards for the number of matches you play and where you’ve done in each of those. Also a kills leaderboard so you can see how many people you’ve killed as an Alien, as a marine, as a Predator and of course, you’re overall standing in the global rankings.

On top of that, each of the Survivor levels has its own unique leaderboard. After you’ve played that you’re score will get uploaded so you can see how well you’re doing against your friends. So we’ve got the XP system there, full leaderboards but they only worked for the ranked matches. Survivor matches aren’t ranked but each level has its own leaderboard.

Corporal Hicks – Following the recent reveal of the pre-order skins and confirmation of DLC, fans are eager to know if we’ll be seeing any maps based off locations from the films? And I understand it’d depend on whether you were authorized to use their likeness or not but what about skins based on the characters like Hudson or Hicks?

Alex Moore – Yeah. That’s more the Colonial Marines territory than the Aliens or Predator territory. So no, you’re not gonna get any of that. But DLC, any big games have DLC integrated, making sure people hang onto the game rather than trading it back in. To get through submission these days you need to have a DLC pack ready for the release point so it can come out on time. Anything further into the future than that we’re still negotiating. Fingers crossed. 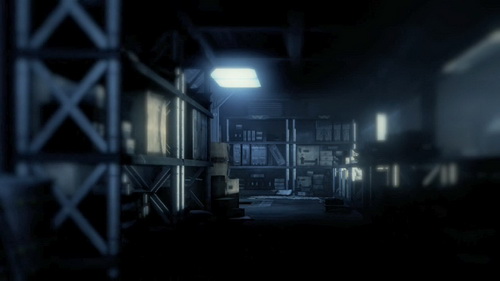 Corporal Hicks – And another one for Martin. Which would do you prefer working on? In-game or cinematic animation. Is there much difference, is one harder than the other?

Martin Kennedy – Well again, because it’s quicker, a lot of the stuff comes to us motion captured. A lot of cut scenes are motion captured and we just have to tidy them up and make them fit round our environments. Personally I prefer cut scene work because I like the theatrical side of animation. It gives you a chance to do some proper character animation. It’s all got its challenges, all got its good points and its bits that make you wanna kill yourself.

Alex Moore – That’s interesting because I asked Ken that exact same question. He said that he loves in-game, because to have your character move in-game, you’ve got hundreds of very small animations that are all linked together and I asked “how do you not go completely insane doing that?”. And he said the buzz of seeing that work in game makes it worth it…

Corporal Hicks – …It’s all worth the effort.

Martin Kennedy – Absolutely, yeah. There’s a lot of grey areas, it’s not just all in-game stuff but when you’ve got set pieces in the game that are essentially tiny little cut scenes that you just happen to walking through. I do enjoy doing the atmospheric stuff, just the little things that set the scene, giving you those little things to look at as you’re wandering through the levels. I like getting my teeth into a big chunk of theatrical animation.

Alex Moore – We’re really trying to show off the full body rig as much as possible. That sort of thing is really cool. The first time you see your hand pulling the levers…

Martin Kennedy – Even things as advanced as Modern Warfare 2, it’s a fantastic game but when you go to pick up the Intel, you hold X and it just disappears. And it works, it’s fairly obvious you’ve picked it up…

Alex Moore – Not really survival-horror though.

Martin Kennedy – I know, but just to have this experience of seeing an actual arm do something for you, it’s cool.

Alex Moore – We want you to connect to the world and you can start feeling scared when the world comes against you.

Corporal Hicks – It’s something you’ve really put effort into with this; the immersion effect. Especially compared to the first one when you essentially had 3 mini-games and no story.

Alex Moore – Games have moved forward a lot in the level of entertainment they deliver than they did ten, fifteen years ago. The budgets have really come in where you are getting some really good actors who come in and delivery really good performances. You get a full orchestra. The expectations from people as well… Bioshock, Half-Life 2. They’ve really raised the bar for what people can expect a game to deliver. We really wanted to pull people into the universe and re-create the films as best as possible.