The first-draft Alien screenplay by William Gibson, the founder of cyberpunk, turned into a novel by Pat Cadigan, the Hugo Award-Winning “Queen of Cyberpunk.”

William Gibson’s never-before-adapted screenplay for the direct sequel to Aliens, revealing the fates of Ripley, Newt, the synthetic Bishop, and Corporal Hicks. When the Colonial Marines vessel Sulaco docks with space station and military installation Anchorpoint, a new form of Xenomorph appears. Written by Hugo Award-winning novelist and “Queen of Cyberpunk” Pat Cadigan, based on Gibson’s never-produced first draft.

The Sulaco-on its return journey from LV-426-enters a sector controlled by the “Union of Progressive Peoples,” a nation-state engaged in an ongoing cold war and arms race. U.P.P. personnel board the Sulaco and find hypersleep tubes with Ripley, Newt, and an injured Hicks. A Facehugger attacks the lead commando, and the others narrowly escape, taking what remains of Bishop with them.

The Sulaco continues to Anchorpoint, a space station and military installation the size of a small moon, where it falls under control of the military’s Weapons Division. Boarding the Sulaco, a team of Colonial Marines and scientists is assaulted by a pair of Xenomorph drones. In the fight Ripley’s cryotube is badly damaged. It’s taken aboard Anchorpoint, where Ripley is kept comatose. Newt and an injured Corporal Hicks are awakened, and Newt is sent to Gateway Station on the way to Earth. The U.P.P. sends Bishop to Anchorpoint, where Hicks begins to hear rumors of experimentation-the cloning and genetic modification of Xenomorphs.

The kind of experimentation that could yield a monstrous hybrid, and perhaps even a Queen.

From the moment Pat Cadigan’s Alien 3: The Unproduced Screenplay by William Gibson was first announced, I had been incredibly curious about how I was going to react to it. At the risk of repeating myself from previously talking about the other recent adaptations of Gibson’s material, this kind of project is something I’m really enthusiastic about.

It was one of the things I pushed for when I had some regular contact with the people responsible for overseeing the expanded universe at Fox. And I remember being asked my opinion on Gibson’s scripts when these adaptations seemed to be becoming a reality.

Gibson is responsible for both my favourite and my least favourite unproduced scripts from Alien 3’s development hell. And I said that the second draft, while not quite there yet, would make for a better experience more in line with the films, whereas as the first draft was there for that crazy and insane out-there alternate experience. Dealer’s choice as to what they were trying to achieve.

Both Audible and Dark Horse Comics adapted the second draft. And they did so faithfully, warts and all of a not quite there yet script. But I still maintain it’s the better written out of all of Alien 3’s unproduced scripts.

So when Cadigan’s adaptation of the first draft was announced, I was both excited to see more of the alternative takes the franchise could have gone, but curious to see how I would react knowing that this particular draft was my least favourite. 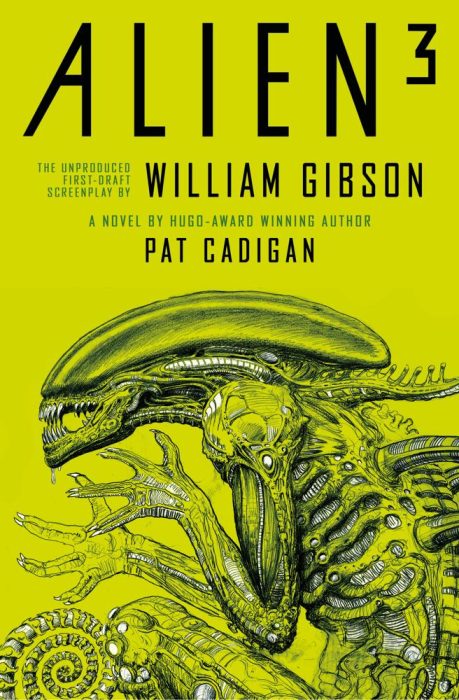 The first thing to note is that Titan’s Alien 3: The Unproduced Screenplay isn’t like Audible or Dark Horse’s. This isn’t a straight faithful adaptation; warts and all. Pat Cadigan did what I expect of any author adapting a film – she expands and she fixes.

Admittedly, I don’t know the first draft quite as well as I do the second, but I was noticing simple acknowledgements of some of the script’s unexplained elements – even just a “because it’s Alien, in every sense of the word” – and that alone was appreciated. It was also really interesting to see Cadigan explore details that Gibson would in the second, but weren’t here in the draft and to experience that alternate take helps this novel stand apart from the previous adaptations.

And while I felt like this novel wasn’t quite as insane as the original script – which likely contributed towards my enjoyment of the novel – there’s still enough differences between these two drafts and the adaptations that those who are now familiar with the second draft through the audio drama or the comic, will find the novel doesn’t feel like a retread.

One of the things that stood out to me from the very opening chapter and really made me take a shine to the novel from the outset, putting my feelings about the source material to the side straight away, was Pat Cadigan’s style. I absolutely love her sardonic and sarcastic writing style.

There’s just something about Ripley being referred to as a crazy cat lady – and not in an insulting fashion – that just works so well within the prose and it gives the novel its own character straight off the bat. While not quite the nihilistic feel of the final film, it gives the novel a “fuck the world” kind of attitude that I think worked very well. 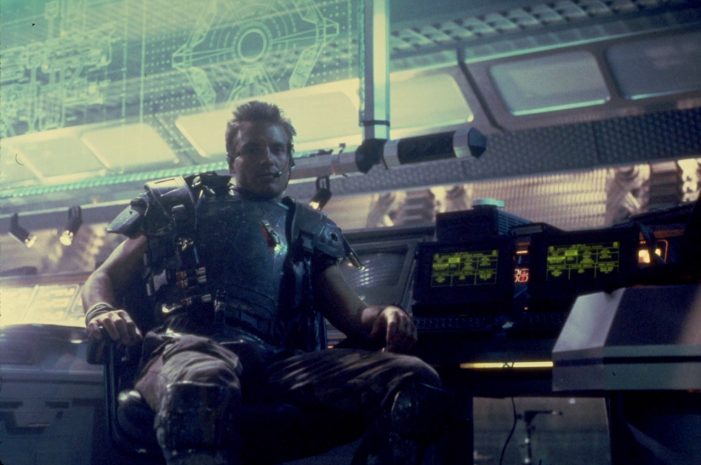 Another element that I found particularly effective that Cadigan carried throughout the novel was Hicks’ PTSD and survivor’s guilt. This is something that I always appreciate seeing in Alien sequels because it’s just so believable. Cadigan does it through Hicks frequent flashes of memory towards his old squad.

How they might react to the situation at hand. A memory from the Aliens. While I normally dislike repeating dialogue from previous films, within the context of this novel and what Hicks is going through I found it especially effective.

I’d also like to take a moment to mention the cover art of this novel. Sure, it’s Mike Worrall’s concept art for Vincent Ward’s Alien 3 and had nothing to do with William Gibson’s take, but it was nice to see some genuinely good artwork from an unproduced version of the film on the cover.

It’s difficult to separate opinions of the source material, but I am being very conscious of leaving my opinions of the original draft aside and focusing on what Cadigan has done. Pat Cadigan has crafted a fantastic adaption of Gibson’s original script with its own character that had me constantly turning the page to see how she handled the rest of the script.

I said it before with the previous adaptations, and I’ll say it again with Titan. I absolutely love these, and want to see Titan take on more. Give me Eric Red’s crazy script. Give me Neill Blomkamp’s Alien 3. If we’re looking at more notable ones, Vincent Ward’s take is well known enough to draw some attention if that was adapted. Just give me more of these What Ifs!

From Corporal Hicks here at Alien vs. Predator Galaxy I award Pat Cadigan’s Alien 3: The Unproduced Screenplay by William Gibson an 8 out of 10!