Along with the name Steve Perry, Alan Dean Foster is one the better known authors of Alien novels. AD Foster wrote the novelizations of the first three Alien movies and I had the chance to talk to him about them.

Corporal Hicks – Mr Foster, thanks for this interview. It’s always a pleasure to interview authors such as yourself. Straight off the mark, tell us a little about yourself.

Alan Dean Foster – My name is Alan Dean Foster, I was born in New York. Obviously, I write novels for a living. I mostly write Sci-fi: Both original novels and novelizations of films.

Corporal Hicks – For those who don’t know, what is your involvement in the Alien franchise?

Alan Dean Foster – I wrote the novelizations of the first three films.

Corporal Hicks – How did you actually come to write the first novelization?

Alan Dean Foster – I had gained something of a reputation for doing book versions of films. Warner Books, who had purchased the rights, contacted me with the request. I accepted.

Corporal Hicks – When during the films’ production did you write the novels? During production, or after?

Alan Dean Foster – All three books were written while the films were still in production and shooting was in progress.

Corporal Hicks – What sort of work goes into writing a novelization of a film? What is the process like?

Alan Dean Foster – Depends on the author. Myself, I approach it in a twofold manner: as a writer collaborating with another writer (or writers) and as a fan with the opportunity to ‘fix’ those mistakes and errors we all mutter while seated in the back of the movie theater. After reading the script, I set it up off to one side of my (then typewriter, today computer), read a line, try to visualize it, and then describe what I see. I write my original novels in essentially the same way. 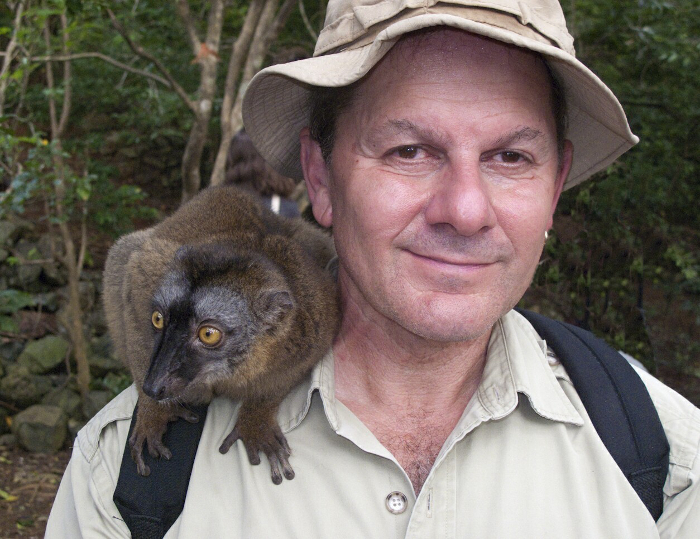 Corporal Hicks – Do the novelizations get edited later on? For dialogue changes made during shooting of the film or does it just stay based on the script?

Alan Dean Foster – There’s rarely any time to edit because the book has to come out just before or at the same time as the film is released. It does happen, occasionally. Sometimes the producers get involved. Very rarely does the publisher.

Corporal Hicks – One of the major differences between the novelization of Aliens and the film itself was the lack of profanities in the actual novel. Why was the language removed?

Alan Dean Foster – You would have to ask Warner books. I thought it was an insult to James Cameron’s screenplay. Having marines uttering childish inanities, for goodness sake! Anyone buying the book would know from the film’s previews what they were in for. And of course, younger readers never encounter such…such…offensive words. Not in real life….

Corporal Hicks – How did you come to write the second novelization? Was it just due to working on the previous novelization?

Alan Dean Foster – I suspect so, yes. Obviously, both Warner and Fox were pleased with the first book. So was I.

Corporal Hicks – The third novel, like the film itself, had quite a bit trouble coming into making. Would you care to explain just what problems you faced while writing the Alien3 novel?

Alan Dean Foster – So many things did not make sense, from character motivation to the science. For example, two characters trying to find still functioning batteries from a pile of same…as if D-cells will still be power sources three hundred years from now. And the killing of the little girl, Newt, was as big an obscenity as anything I’ve encountered in modern film. It also destroys Ripley’s motivation for wanting to stay alive.

Shaving Ripley’s head…one more visual excuse for scriptorial ineptness. If you can’t write plot and character, try to dazzle ’em with smoke and mirrors. My initial version included such things as histories and motivations for many of the convicts; why they had been sentenced to such a world, etc. I also invented a way to rationalize Newt’s not dying but also not participating in the story. The producers forced Warner and I to remove all of it, and more. Following the screenplay exactly ‘would make a better book’, as I recall the wording.

Corporal Hicks – Could you elaborate on how you rationalized Newt surviving?

Alan Dean Foster – I had both Hick’s and Newt’s hypersleep capsules arrive “damaged”, so that any attempt to revive them without more advanced tech and skill than was available on the prison planet would result in their deaths.  But as long as no attempt was made to open the capsules and/or revive them, they would both remain alive.  So I had their revival postponed.  In my original version, they therefore continued on in hypersleep throughout the story.

This kept both characters alive without in any way impacting the film story.  It also gives Ripley a powerful motivation to continue fighting to survive (to be able to look after Newt). 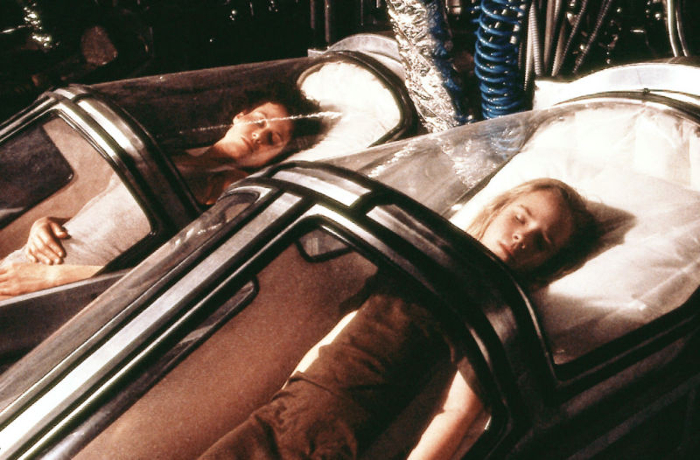 Alan Dean Foster has included a way for Hicks and Newt to survive the start of Alien 3 but not participate. He was forced to remove it.

Corporal Hicks – The production of Alien 3 was notoriously difficult with pages of the script being turned in on the day of shooting. How difficult was it trying to write such a novel when you didn’t know how it would end or what might happen to the characters?

Alan Dean Foster – Actually, I did know. But things often change during production, between the time the manuscript is approved for production and the film’s final cut.

Corporal Hicks – In the Alien 3 novelization you referenced back to the egg-morphing scene deleted from Alien. Why did you decide to reconcile the two methods in the book?

Alan Dean Foster – Insightful and necessary question.  The obvious (and I hope successful) attempt to rationalize two methods was necessary once the whole queen alien biology was put forth in Aliens. Otherwise, there’s no reason for the single alien in the first film to go through the whole coccooning business.

A good example of something a novelizer doesn’t have to worry about…but a science-fiction writer does.

Corporal Hicks – Was it something you’d been asked to do or was it a concern of your own?

Alan Dean Foster – Concern of my own.

Corporal Hicks – Did you get offered the Alien Resurrection or the Alien vs Predator novelizations? If so why did you turn them down?

Alan Dean Foster – I was asked to do Resurrection. Because of the problems I experienced in writing 3, I turned it down. I’m a bit regretful now (but only a bit). It was better than 3. I was not offered the A vs. P books, which is just as well. I would have disliked being a party to simultaneously demolishing not one but two important SF film franchises.

Corporal Hicks – With each Alien novelization you wrote, did you begin to get more freedom with adapting it? With developing the characters?

Alan Dean Foster – On the first two books I had complete freedom. On the third…well, I’ve already vented.

Corporal Hicks – Did you mean any of the cast or crew of the films while writing the novelizations?

Alan Dean Foster – No crew…but I did have a nice chat in Los Angeles, in my halting German, with H.R. Giger. And a very brief telephone conversation with Jim Cameron. If I had known at the time how interested he was in underwater exploration, we would probably still be on the phone. 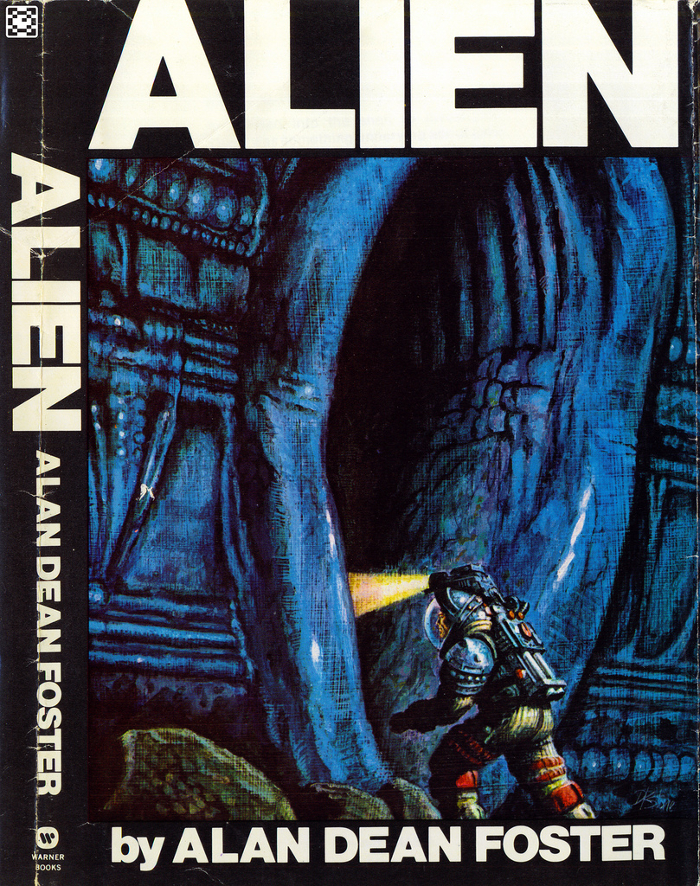 One of the many covers for Alan Dean Foster’s Alien novelization.

Corporal Hicks – Which of your three novelizations did you enjoy writing the most and why? Which did you think was the best?

Alan Dean Foster – I enjoyed #2 the most. The first was very difficult because I had only three weeks to write it, and because Fox would not allow anyone outside the immediate production to see what the alien looked like. So if you read ALIEN, there’s no description of the alien in it. That was difficult. Also, there was much more action in two and a more varied environment, which as a writer offered me more to work with.

Corporal Hicks – DH Press has started to release new Alien / Predator novels, will we be seeing you doing any novels for them?

Alan Dean Foster – I have not been asked, and as I mentioned earlier, it’s not a project that would really interest me.

Corporal Hicks – On that note, have you ever met any of the authors of the other Alien books? Steve Perry? Yvonne Navarro? Sandy Schofield?

Alan Dean Foster – Steve Perry, long ago. I go to few SF conventions. You’re more likely to find me in a jungle somewhere, or underwater.

Corporal Hicks – Have you read any of their books? If so which ones and what did you think of them?

Alan Dean Foster – I have poor reading eyesight, even with glasses, and have to conserve my reading time mostly for non-fiction.

Corporal Hicks – Have you seen the latest films, Alien Resurrection or Alien vs Predator? If so what did you think of them?

Alan Dean Foster – I quite liked Resurrection. Weaver did an amazing job with a difficult characterization. I have not seen A vs. P. and probably won’t. Too many ingredients spoil the soup (just my opinion). 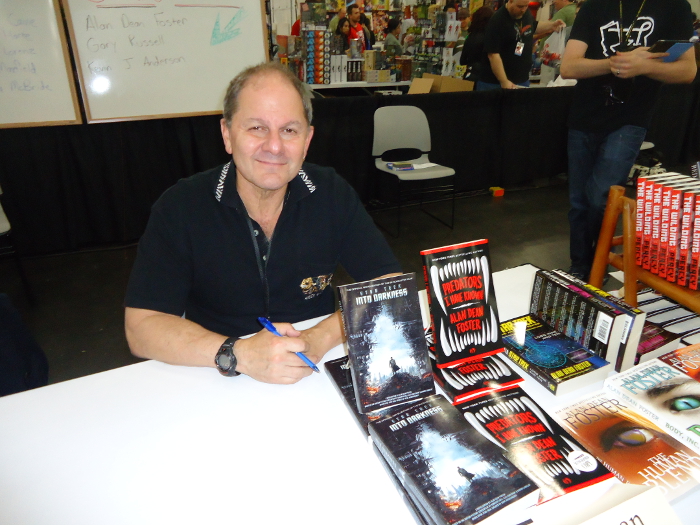 Corporal Hicks – My next couple of questions aren’t related to Aliens but work you did elsewhere. Do you get miffed that George Lucas’ name is on the Star Wars novelisation, even though you (ghost) wrote it? Does ghost writing affect how you are paid (if that’s not too personal a questions)?

Alan Dean Foster – It did not bother me at all. Not then and not now. It was George’s story, he wanted his name on it, and it seemed perfectly sensible to me. As to payment, ghost writing is no different from non-ghosting…it’s all a matter of what a publisher thinks something is worth and wants to pay.

Corporal Hicks – Nothing to do with Aliens, but you pitched the story for Star Trek: The Motion Picture – and as a Trek fan I feel I need to ask – where did that story come from.

Alan Dean Foster – A two-page outline called ‘Robot’s Return’ that Roddenberry had written. He handed it to me and said, ‘See if you can make something out of this’. I did what I could.

Corporal Hicks – What was your first novelization of a film and why did you decide to do novelizations?

Alan Dean Foster – A truly terrible Italian female-Tarzan film called LUANA. I threw the story away and wrote my own female Tarzan novel, inspired more by the Frazetta artwork that was commissioned to promote the movie than by the film itself. I decided to do novelizations because…I was asked to.

Corporal Hicks – What made you want to become an author in the first place?

Alan Dean Foster – I like to tell stories and share my experiences of new places with others. Also, the commute was short.

Corporal Hicks – Thank you for the interview, it was a pleasure interviewing such a well known author such as yourself. Any last words?

Alan Dean Foster – Maybe one of these days we’ll get lucky and someone at Fox or elsewhere will decided to make the Alien film we, as fans, all want to see. You know..the one where the origin of the crashed alien ship is explained, the nature of the eviscerated pilot, etc. But as a fan, I’m not holding my breath.