“Welcome to the former penal colony of Charon, where a labyrinth of underground tunnels offer shelter to an Alien hive. Professor Ernst Kleist rules — a paranoid tyrant who sees and hears all. His specialty is making humans disappear…

Captain Joyce Palmer — instantly recognizable in her yellow Harley-Davidson cap — is bound for Charon. Only she and a few hand-picked Marines can stop Kleist in his tracks. Only they can stop the professor’s most insane creation — the ROGUE.”

Published in 1995, Aliens: Rogue is an adaptation of the Dark Horse Comic series of the same name written by Ian Edginton and first released in 1993. The novelization was written by husband and wife writing duo Dean Wesley Smith and Kristine Kathryn Rusch under the pseudonym of Sandy Schofield.

Aliens: Rogue is the duo’s only venture into Alien literature. However, they would go on to novelization the Dark Horse Predator series, Predator: Big Game in 1999, which I have previously reviewed and I wasn’t a huge fan of.

Smith and Rusch’s novelization adheres very faithfully to Edginton’s original storyline. Aliens: Rogue revolves around the efforts of Professor Ernst (who at one point in the novel is referred to as Clive instead) Kleist’s efforts to selectively breed the Aliens so that they’re more docile. 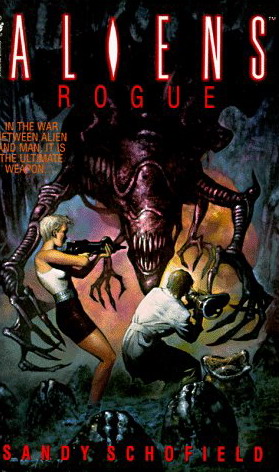 He’s already succeeded in breeding docile Aliens though. The main Alien-focused plot that drives the narrative is Kleist’s attempts to breed a docile Alien Queen to control his existing drones/warriors. And really, it’s this aspect of the story that is going to be drawing most people to Aliens: Rogue.

Aliens: Rogue is the only entry in the Alien expanded universe to feature the so-called King Alien. While initially bred with the intent to control Kleist’s docile Aliens, it becomes quite clear that the King is hostile to anything it perceives as a threat to itself when it rips multiple Aliens apart with its hands.

It’s at this point that Kleist decides to repurpose the King as a weapon against the Alien. With it being described as a hulking Alien comparable in size to the Queen and massively armoured, it’s not hard to conceive it’d be a match against other Aliens.

Kleist is understandably quite confident in his creation’s chances against the natural Aliens that he allows it to escape (endangering everyone else aboard the station) so that he can witness the effectiveness of the King. Naturally, it all doesn’t go to plan.

So being as the King is the main draw of Alien: Rogue it’d be relevant to talk about how interesting I found him. I love the idea of genetically engineering Aliens and despite that aspect of the plot not getting too much attention (I’ll talk about that later), I think it was awesome to see it succeed in some fashion!

I would have preferred it had Smith and Rusch further developed the science around the King. It’s left somewhat vague in the original comic series and it’s not expanded upon in the novelization either. Why are the newborn Queen’s failing? How can the process of selective breeding stunt their growth? And why, exactly, did using male hormones result in the success of the King’s birth? I know there’s some handwavey dialogue imported from the comic but it just feels like the main draw of this novel should have received a little extra attention.

Something that I do love is that the King doesn’t actually end up being the better Alien. On the face of it, it may seem like that Alien: Rogue achieves nothing because of it but it emphasises that mankind just isn’t going to get the better of the Aliens. 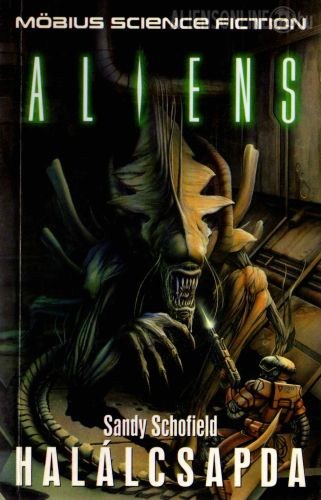 The Hungarian cover for Aliens: Rogue.

One of the things that Smith and Rusch really improved upon was the comic’s characters. I found myself unable to get involved with any of the characters in the original comic but the novelization really turned that around.

Captain Palmer, the main character, is given a much better expanded backstory that helped me to better understand her motivations in trusting Cray, a new arrival to Charon Base (where the novel takes place). It felt much more believable as a result. She (and pretty much most of the characters) come across as far more likeable and identifiable.

Cray was another character who was expanded nicely. While his backstory was a little on the typical side when it comes to this era of Alien lore, it was nice that Smith and Rusch refrained from making him some evil corporate stooge who was brand-loyal to the point of killing people. I would have liked a deeper delve into his corporate side but I’m happy with the sympathetic character we got.

Another thing I really liked about the novelization was that the local marine group was given more development too, especially early on. I really enjoyed that Smith and Rusch delved into Choi’s backstory and giving him even more reason to flip-out early on. A lot of the earlier characters were given a deeper background and it’s a shame they disappeared around the mid-point of the novel.

Instead Smith and Rusch forgot the earlier marines they’d established and created some new characters. They were all still likable but it felt like a missing opportunity to do more with their existing characters.

Despite the huge improvements to the characters from the comic series, one character in particular that I think was still lacking was Professor Kleist. While I think that Smith and Rusch do a fantastic job of making it clear that the station personal have a genuine reason to fear the man, I just don’t find him interesting.

Perhaps I’ve been spoiled by Paul Church’s detailed and very fascinating history with the Aliens but Kleist just comes across as a dull madman. His backstory wasn’t touched upon in the comic series and Smith and Rusch don’t elaborate on it in at all in the novelization.

I think he become a little interesting towards the end of the novel when he allowed the King to escape, regardless of the safety of everyone else, just to see if he was correct in his belief that the King was the answer to combating the Aliens. But still, outside of a desire to just want to be right there’s just so little to Kleist and his motivations.

The novelization also greatly developed some of the characters from the comic who received nothing more than a line or two of dialogue. Smith and Rusch added a completely new sub-plot that involved the staff of Charon Base actually rebelling against Kleist. I think this really worked because of the effort that Smith and Rusch put into making it clear that Kleist was a genuinely dangerous person. 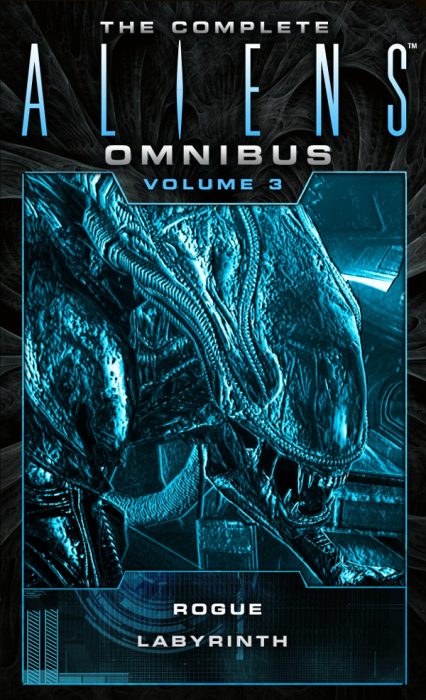 Something I love about both the comic and the novel is the concept of experimenting with the Alien’s DNA Reflex. It was introduced into the films with Alien 3 and Kenner produced a very colourful (sometimes literally) line of Alien figures that were hybrids of various animals.

It’s not something that’s really been taken advantage of in a lot of stories but it’s something I find interesting. The idea of using it to breed behaviour instead of weird and strange variations of the Alien design is also some restraint that I appreciate.

However, it’s just not something that gets really delved into in the original comic and unfortunately Smith and Rusch don’t expand on it in the novelization either. It’s not made clear what the point of these docile Aliens is. It would make sense that they’re just supposed to be more controllable Aliens and would still be used as bioweapons.

But with the emphasis placed on the Aliens as docile makes me think it wasn’t about the Alien’s use as a weapon. A few years later Alien: Resurrection would give us a line of dialogue, explaining that there’s more to the Aliens that simply “urban pacification.”

“New alloys, new vaccines.” The idea of things that the Aliens could provide to us outside of being biological weapons is fascinating to me and is something I’d like to see explored a little more. It’s a shame Smith and Rusch didn’t use the opportunity to delve into that possibility.

I did actually enjoy Aliens: Rogue. It was a really easy read and I didn’t find myself struggling to want to turn the page. In general I think Smith and Rusch did a great job adapting Edginton’s original series and expanding on the characters. I would have liked to have seen more effort in making Kleist interesting.

I also wish they’d have put the same amount of attention into building upon the Alien elements from the comic. There was a great opportunity here for some genuinely interesting expansion on Alien-lore and it feels like such a wasted opportunity.

From Corporal Hicks at Alien vs. Predator Galaxy, I award Aliens: Rogue with 6 out of 10.