“Available for the first time in years – the official novelization of the third movie in the highly successful Alien series. Ellen Ripley continues to be stalked by the savage alien race, after her escape pod, ejected from Colonial Marine spaceship Sulaco, crash-lands on a prison planet, killing everyone else aboard. Unknown to Ripley, an alien egg is aboard the ship. The alien is born inside the prison, and sets out on a killing spree.”

I’m going to tip my hand right away and say that regardless of what positives or negatives I may have about Alan Dean Foster’s books, I think all fans should read these novelizations if only to see the differences with the final films.

Much like the final film, Alan Dean Foster experienced many issues when writing the Alien 3 novelization. When we spoke to him back in 2006, Alan Dean Foster commented that he: “approach[ed] it in a twofold manner: as a writer collaborating with another writer (or writers) and as a fan with the opportunity to ‘fix’ those mistakes and errors we all mutter while seated in the back of the movie theater.” 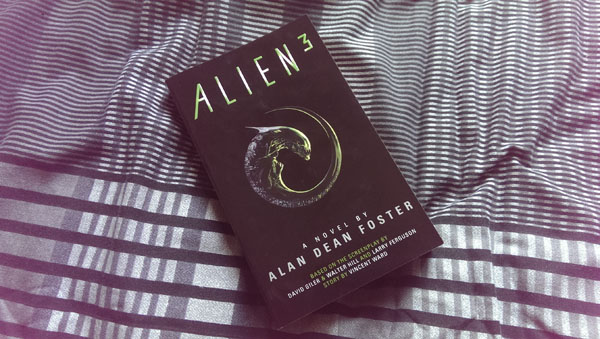 He also advised us that he had tried to correct many of these “mistakes” by adding significant backstories to the prisoners and the realization of a way to keep Newt alive but out of the story. He was forced to remove it all by Fox and had such a terrible experience that he turned down writing Alien Resurrection when he was offered the job.

That’s not to say that the novelization doesn’t actually offer any backstory or any enhancements or “fixes”. The first half of the novel features quite a few differences and added depth. Very early on we’re presented with a significantly more developed history of the Fiorina 161 facility, detailing its history as a mining facility that was eventually turned into the prison colony we see in the film after the market changed and the ore they mined was no longer worth the expense of keeping the mining facility operated.

It really helps make more sense of the location and the situation we find the prisoners in at the start of the film. Alan Dean Foster uses this history to explain the scavenging expeditions that Golic and company go on, searching for hidden stores or equipment left behind by the miners when they left. It also serves as larger world building information for the Alien series.

Clemens is also given a large amount of attention early on and the novelization presents him with some differences to the film. In the novelization Clemens is still a serving prisoner (I preferred the film to this) and his backstory is slightly different – and more in-depth. The details leading up to his crime are much better realized, added a slightly futuristic element to it (not being your standard morphine addiction but a different, fictional drug).

Not all the differences make the novel a better experience though. Foster kills off the face-hugger aboard the EEV before it has chance to implant anyone and offers no answers as to how Ripley or the Oxen (the book follows the Assembly Cut) became infected. He even throws in a dead face-hugger during the abattoir section but offers no details on it, separating it from the first face-hugger.

One small touch I really liked was the mention of some prisoners keeping their hair (despite the lice) as an act of independence and individuality and I quite liked the mental image of Dillion with a single dreadlock. Many of the prisoners featured in the earlier portions of the book were also given some slight backstory, making them more than just a face. It’s not substantial development but it’s much better than anything in the final film. 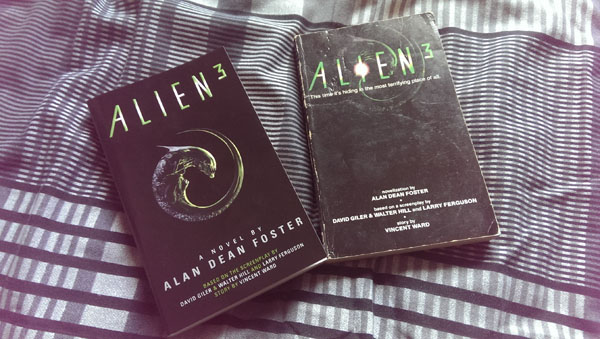 Titan’s new Alien 3 on the left, an old used Warner version on the right.

I also like how Foster references the previous film novelizations in things such as calling LV-426 Acheron and how he has Ripley mention the deleted egg-morphing scene from Alien. He also has Ripley reference the Alien’s behaviours more than in the final film.

The last half of the novel falls very much into the trap that the film did were prisoners show up as prisoner “random name” only to die a page later and so does nothing to make the climax of the novel make a big impact emotionally. It was almost as if you can feel that Foster has had enough at this point and is just rushing to get to the end of the book.

That was something that was ultimately lost during the translation from screen to page – the emotional impact. The beautiful cinematography and Goldenthal’s score aren’t here to add the impact to scenes such as the alien’s birth or Ripley’s sacrifice. It doesn’t seem like Foster was really interested in trying to make it matter to you.

One thing I have always loved about Alan Dean Foster’s writing is he often makes his narrative feel poetic in a way that is very reminiscent of 2001. This is something I’d always noticed in Alien and again in Alien 3. It would have been nice to see him use this poetic touch to bring some emotion into the book. Maybe even delve into the character’s heads a little more so that the events of the novel make some impact.

There is, however, something about his writing that I never liked though. Foster was always jumping his narrative around, moving from character perspective to character perspective without any obvious break. I always found it jarring and Alien 3 is no different. It has been some time since I read any of his work other than Alien so I can’t remember if this is something about his style that carries with him but it is something I really dislike. 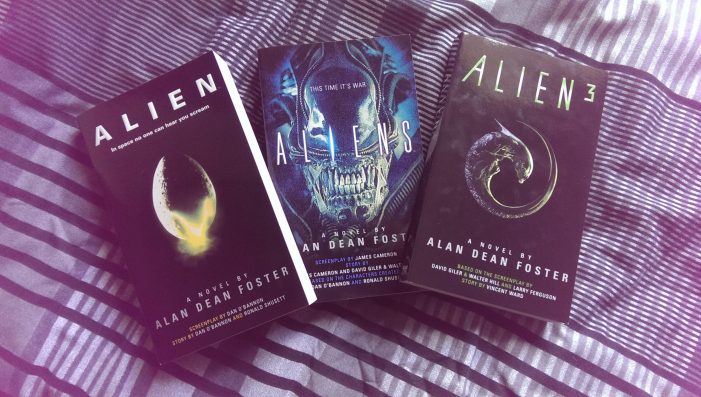 All 3 of Titan’s republished Alien novelizations. Alien 3 is the shortest.

I would have loved to have seen further backstory and to have been able to experience the “fixes” that Alan Dean Foster had in mind for Alien 3. Alas, that wasn’t meant to be though. But as I’ve already said, I think fans should read the novelizations regardless.  There’s just something fascinating about the differences in the Derelict in Alien, or Bishop encountering an alien in the duct and the backstory of the Fury 161 facility.

With Titan republishing the books, they’re really easy to find and purchase and well worth the effort to read.