It’s hard to imagine a world in which Alien wasn’t followed by Aliens. Not only an incredible film that did so much for the Alien mythology, it was a film that had a huge impact on cinema, video games and pop culture.

And yet it was a film that took 4 years and a change in management at 20th Century Fox to make happen. In fact, if you’d have asked Alien scribe Dan O’Bannon about the possibilities of a sequel in the 80s, he’d had told you it was a clear cut no. Talking to Starlog in June of 1983, O’Bannon remarked that

“the rights were altogether too divided among a number of us who can’t get along. As far as I know, there has never been any intention of doing a sequel.”

What may be more likely is that O’Bannon was just never included in any of those discussions by David Giler, Gordon Carroll and Walter Hill. O’Bannon and the Brandywine producers had a notoriously difficult relationship, one that continued on past Alien’s completion and involved months of arbitration with the Writers Guild of America.

Speaking at the start of Superior Firepower: The Making of Aliens David Giler said that they’d “been planning on doing a sequel right away” and by all accounts they started exploring story concepts as soon as Alien was released. 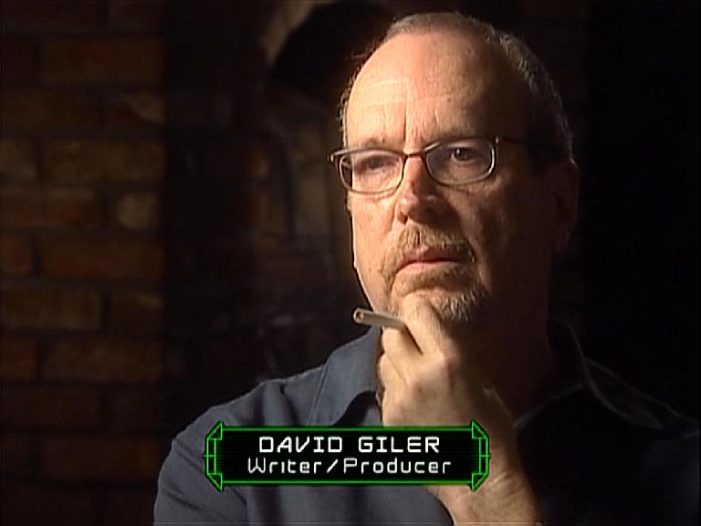 David Giler speaks on the behind-the-scenes documentaries from the Alien Quadrilogy.

In Cinefantastique’s 1979 Alien special, Giler told interviewer Glenn Lovell that they were “involved in preliminary discussion right now. But it’s still too early to say how it will unfold. Hill and I are working on it.” He also talked a little about what a potential sequel would not follow on from, and that was Jonesy.

“I know a lot of people who think we intended the close-ups of the cat in the shuttle as a hook for the sequel. Not so. It probably won’t have anything to do with the cat.”

This didn’t stop ideas for an Alien 2 being thrown around, though. Unfortunately, there aren’t too many details of whatever form an Alien 2 may have taken prior to James Cameron’s involvement. But there were occasional comments made that give us an indication of the various story directions being explored.

The first clues towards the potential direction for Alien 2 appeared in “The Officially Authorised Magazine of the movie Alien” published in December of 1979 . According to the Official Magazine, the following stories were being considered for Alien 2:

And like the eventual Aliens, some of these scenarios pointedly refer to increasing the number of Aliens in the potential follow-up but as for the specifics of these particular stories, the official magazine is the only time I can find where these possibilities are brought up. 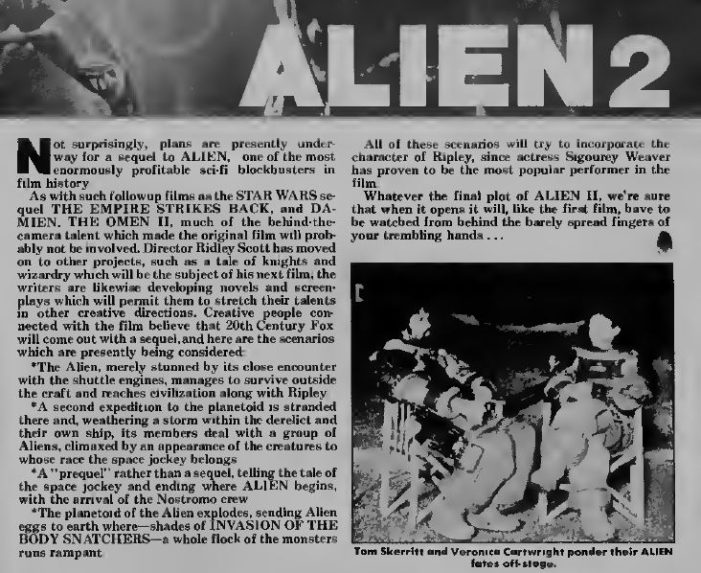 Page 61 of “The Officially Authorised Magazine of the movie Alien”

In an interview published by Starburst in January 1982, David Giler was asked about if they were working on Alien 2. Giler confirmed they very much wanted to make the sequel but Fox wouldn’t allow them. He went as far as to say they’d actually written a sequel (though that seems very unlikely) that didn’t follow on directly from the end of Alien. When pushed to elaborate, Giler said:

“Well, if you recall in that egg chamber, there were lots of other eggs down there. The other good part about the sequel is that all the other actors are gone except Sigourney. (Laugh). So we can start absolutely fresh.”

Later in August of 1986, during the promotional lead up to Aliens’ release, Sigourney Weaver recounted to Starlog some of the more “humorous” scenarios that had been considered for a potential Alien 2.

“The producers [Gordon Carroll, David Giler and Walter Hill] are friends of mine anyway, and we would get together over dinner and laugh about a sequel. The other idea was that would open Ripley’s little Narcissus tomb… and she would dissolve into dust. And then they would get someone else to star in the movie.”

Sigourney would also retell this story when she was interviewed for the release of Warren’s “Aliens: The Official Movie Magazine” in 1986.

When more committed work on the sequel to Alien was commenced and Brandywine began working with James Cameron, Cameron was given all the story notes that Giler and Hill had amassed over the years, suggesting that perhaps the duo had wanted to take the sequel in a more militaristic direction for some time.

While the Brandywine producers might have been interested in the military vs. Aliens, Sir Ridley Scott had always maintained an interest in going back to LV-426 to explore the Space Jockey. Whenever the prospect of Ridley and a new Alien film came up, it was always that interest that was talked about and this was the case as far back as Alien’s release.

Ivor Powell, one of Alien’s producers from Ridley Scott’s side, told Cinefantastique in 1979 that Ridley interest for a sequel lay in the Space Jockey.

“There was also some contention as to whether the space jockey on the planet was the next form of the Alien, but it’s a far better detail him being the victim. Ridley would like to return to that planet in the sequel. That’s where the follow-up would begin logically—to investigate the inhabitants of the derelict ship that was attacked by the alien forms in those eggs.” 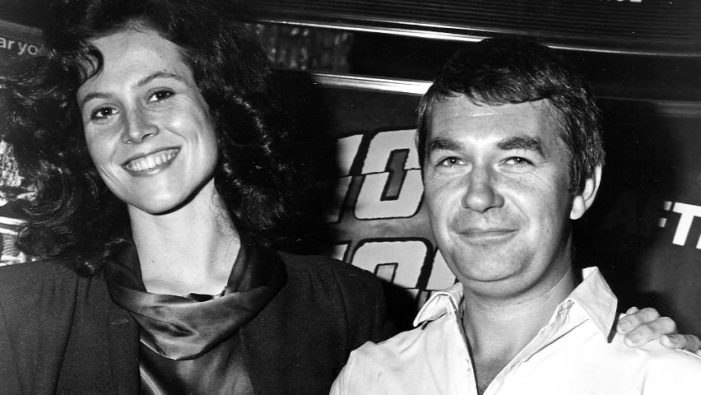 In fact, Ivor himself had written a 30/40 page treatment for an Alien prequel that would have explored more of the Space Jockey and the distinctly Gigeresque elements of the Alien universe. Speaking alongside Alien & Alien 3 editor Terry Rawlings at a special screening of Alien at the Genesis Cinema in August of 2014, Powell revealed a little about his treatment for an Alien prequel:

“I remember writing a thirty, forty page sort of thing, based on the prequel, because that’s the sort of thing that I found absolutely fascinating about was all Giger’s. There were a lot of things that you never saw in Alien.

There was the entrance to the derelict ship, and there were these sort of hieroglyphics and things like that. He [Giger] did at a certain sort of Egyptian / sort of galactic sort of alien background, and none of these things got seen, but all that fascinated me.

And I think that the little sort of bit of speech that the robot Ash gives about what this creature’s about that I just found really fascinating. And what was the Space Jockey? Where did he come from and all that? I know some of it got vaguely explained in Prometheus but for me it didn’t touch it at all.”

While Scott was never approached for Aliens, he had been considered pretty early on for the director’s chair of Alien 3. That never came to be. It would take several decades before he worked on an Alien film again and when Prometheus came out, it showed that Scott’s interest in where he wanted to take an Alien sequel didn’t deviate too greatly over the years. 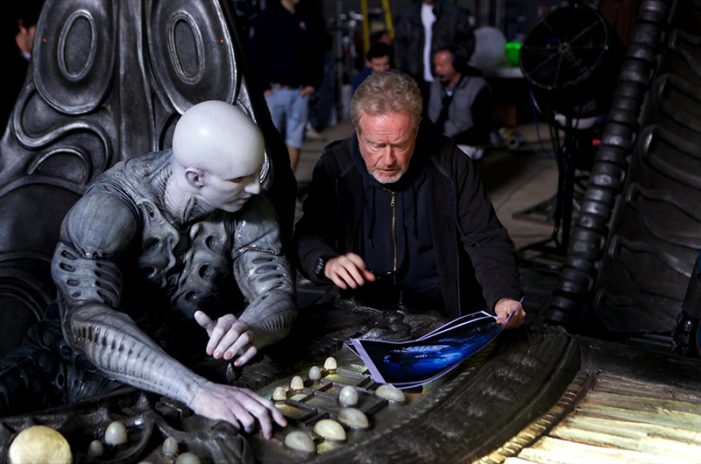 Sir Ridley Scott & Ian White as the Last Engineer on the set of Prometheus.

Talking to Omni’s Screen Flights/Screen Fantasies back in 1984, he commented on his desire to delve into the history of the Alien:

“It certainly should explain what the Alien is and where it comes from. That will be tough because it will require dealing with other planets, worlds, civilisations. Because obviously the Alien did come from some sort of civilisation. The Alien was presented, really, as one of the last survivors of Mars – a planet named after the god of war. The Alien may be one of the last descendants of some long-lost self-destructed group of beings.”

Though he would steer away from the direct Alien influence, Scott remained consistent in his desire to explore the Space Jockeys, something he would frequently comment on when asked about doing future Alien films.

In the commentary that Scott recorded for the 20th anniversary DVD of Alien for the Alien Legacy boxset, he talked about his ideas for the Space Jockey and its Derelict craft.

“I always wanted to go back and make an Alien 5 or 6 where we find out where they came from and go and answer the question “who are they?” Mars is too close, they can’t be Gods of War. But the theory was – in my head – that this was an aircraft carrier, a battle wagon of a civilization and the eggs were a cargo that was essentially weapons; like a large form of bacterial/biomechaniod warfare.”

Speaking to Fantastic Films in November of 1979, Ridley Scott had told James Delson that he thought expanding on the Space Jockey’s gave the sequel potential to be more interesting than Alien:

“There were no speculative scenes or discussions about what the Alien was and all that sort of thing either. I believe that audiences love those, especially if they’re well done. They give the threat much more weight.

If they make Alien II, and if I have anything to do with it, the film will certainly have those elements in it. From a certain point of view, Alien II could be more interesting than Alien I.” 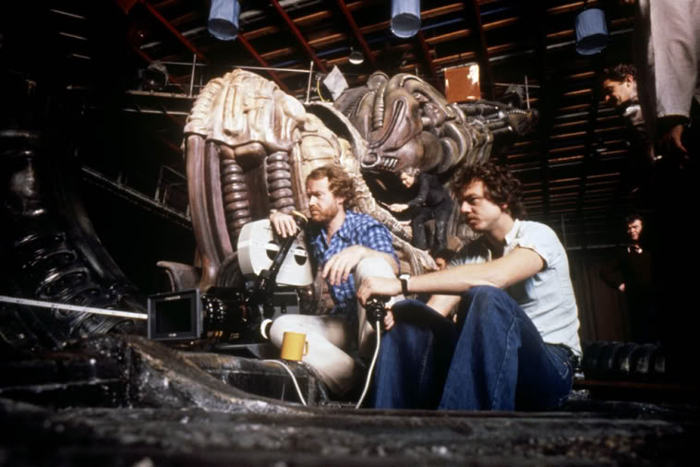 Sir Ridley Scott on the Space Jockey set of Alien.

Though Sir Ridley Scott would not get to explore the enigmatic Space Jockey in an Alien sequel, his return with Prometheus was a prequel which as mentioned earlier in the article was an avenue being explored at the time. According to “The Officially Authorised Magazine of the movie Alien” published in December 1979, the prequel concept was one of several ideas being kicked around for the next film.

“A ‘prequel’ rather than a sequel, telling the tale of the space jockey and ending where ALIEN begins, with the arrival of the Nostromo crew.”

Not long after the official magazine was published, it was even rumoured in the June 1980 issue of the famous horror magazine Fangoria that 20th Century Fox was shopping a concept for an Alien TV series to ABC.

“Two of 1979’s most successful horror productions are now being prepared as television series! No deal has been finalized in either case, but NBC has expressed great interest in Salem’s Lot as a series (the TV movie was a winner in CBS ratings), and 20th Century Fox is hoping that ABC will buy their idea for an Alien series.” 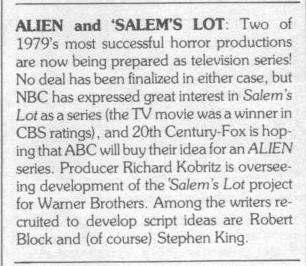 As with the sequel stories in the official magazine, no further details about this potential Alien TV series have emerged so just how true the claims are is still unknown.

Alien would eventually get a sequel when James Cameron was about to walk out of a so-far unsuccessful meeting with David Giler and Walter Hill when they brought up Alien 2. Of course, that wasn’t the title the sequel would be released under. As part of an interview for the “Aliens: The Official Movie Magazine” producer Gale Anne Hurd revealed:

“First of all, we, we thought that Alien II sounded as if there were going to be 35 Alien movies, and that it’s just going to go on and on and on until people are tired of it. That’s not what this film is about just as the Star Wars trilogy was not Star Wars 1, 2, and 3. On the other hand, we didn’t want to call it Ripley’s Adventure: Alien II, the way that Rambo was First Blood II. We thought that Aliens would signify that this picture goes beyond Alien, but is related to it. I think it says it all.”

And in July of 1986, the sequel to Alien was unleashed on the world and the Alien series continued to evolve.