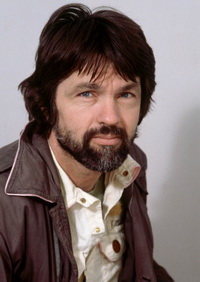 Dallas Koblenz Arthur was the captain of the commercial towing spaceship, the USCSS Nostromo. He was on the Nostromo in 2122 when it received a distress signal on LV-426 and they brought an alien organism back onto the ship. Dallas was taken by the Xenomorph in the air ducts and in the Alien Director’s Cut, Ripley finds him cocooned to the wall, transforming into an Alien Egg. In Alien, Dallas was played by Tom Skerritt.

Dallas was born February 27th, 2075 in Wolf Point, Montana but grew up in Port Arthur, Texas. He went onto study engineering at university and eventually acquired his pilot’s license. Dallas was part of the crew on the USCSS Shushett and then became the executive officer on the USCSS Anobile. He then became the captain of the Nostromo towing vessel.

In the year 2122, the crew of the Nostromo went into hyersleep and the ship’s computer woke them up because it detected a distress signal coming from a nearby planetoid. Brett and Parker weren’t happy that they were brought out of hypersleep to check out a distress signal but both Dallas and Ash stated that they had to check out any sign of intelligent life as it was in their contracts. The Nostromo landed on Lv-426 and received some damage as it went through the atmosphere. Dallas, Kane and Lambert ventured out to the distress signal and found a huge derelict spacecraft.

Inside, they found the Space Jockey creature and Kane was lowered into the cargo hold while Lambert and Dallas stayed near the Space Jockey. Kane was injured and Dallas and Lambert carried him back to the Nostromo. Dallas ordered Ripley to open the ship’s door but Ripley followed quarantine procedure by refusing them entry. Ash overrode the door manually and let them in. Dallas ordered the ship to leave LV-426 despite it not being fully repaired.

After Kane was killed by the Chestburster, the crew agreed to search for the creature. Once Brett was killed, Dallas realised that the alien was moving the air ducts to move around the ship. Dallas asked the ships computer, MU-TH-UR for help but to no avail. He came up with a plan to force the creature into the airlock so they could release it into space. Parker rigged a flamethrower and Ash made a motion tracker. Ripley first volunteered to go into the vents but Dallas stated he wanted to do it as he was the captain of the Nostromo.

Dallas went into the air ducts while Lambert and Parker watched the Xenomorph on the motion tracker. As Dallas moved through the air ducts, Ripley was closing the shafts behind him so the alien couldn’t attack from behind. The motion tracker temporarily malfunctioned and the alien appeared to appear and disappear just as fast. When the tracker started working again, the alien was moving right towards Dallas. He panicked and went down a ladder despite Lambert telling him not to and was grabbed by the xenomorph. Parker later recovered Dallas’ flamethrower but found no sign of his body.

In the 2003 Alien Director’s Cut, there’s a sequence towards the end of the film that shows what happened to Dallas. In a part of the Nostromo, Ripley discovers Dallas cocooned to the wall with Brett next to him, slowly transforming into an Alien Egg. Dallas begs Ripley to kill him and she unleashes her flamethrower on both of them.  There is an extended deleted scene that shows more dialogue between Ripley and Dallas where Ripley tells him that she will get him out and onto the Narcissus but Dallas refuses. The scene also takes place a little earlier before Ripley sets the self-destruct mechanism.

Dallas was shown to be quite a laid-back captain and wasn’t happy to be making important decisions hence why he was in charge of a commercial vessel. Dallas seemed to ignore basic quarantine procedure when Kane had an unidentified organism attached to his face and left LV-426 before essential repairs were complete. Both decisions basically led to the deaths of all the crew apart from Ripley on the Nostromo.  He was, however, quite brave, overruling Ripley and going into the air ducts alone to find the xenomorph. He eventually panicked and ended up ignoring what Lambert was telling him, which got himself attacked by the alien.

NECA released their first figure of Dallas in 2015 as part of Aliens Series 4 and then again in 2020 for the 40th Anniversary Series 1.