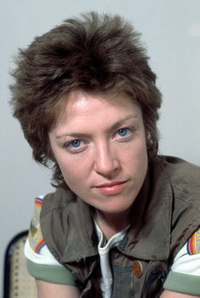 Joan Marie Lambert was the navigator on the commercial spacecraft, the USCSS Nostromo. She was on the Nostromo in 2122 when it received a distress signal on LV-426 and they brought an alien organism back onto the ship. Lambert was killed by the Xenomorph when she was getting oxygen tanks with Parker. In Alien, Lambert was played by Veronica Cartwright.

Lambert was born November 7, 2093 and grew up in Arkansas. She studied astronavigation at the Florida Aeronautics Institute  and Nostromo was her first assignment.

In the year 2122, the Nostromo’s computer systems woke up the crew because it detected a distress signal coming from a nearby planetoid. The Nostromo lands on LV-426 and Lambert, Dallas and Kane are part of the team that tracks down where the signal is coming from.  They come across a huge Derelict Spacecraft and inside, find a fossilized pilot in a chair. Lambert and Dallas lower Kane into the cargo hold who gets attacked by something. They manage to carry Kane back to the Nostromo but Ripley refuses them entry citing quarantine protocols.

Ash ignores her and overrides the door manually, allowing them entry. After Lambert comes aboard, she confronts Ripley and slaps her for not opening the airlock door. After Brett is killed, the crew come up with a plan to flush the creature into the airlock. Dallas goes into the vents while Lambert watches the creature on the ship’s motion tracker, communicating to Dallas where it was. As Brett and Dallas are subsequently killed by the xenomorph, Lambert breaks down and says they should escape in the Narcissus shuttle but Ripley explains that it doesn’t have life support for four people. 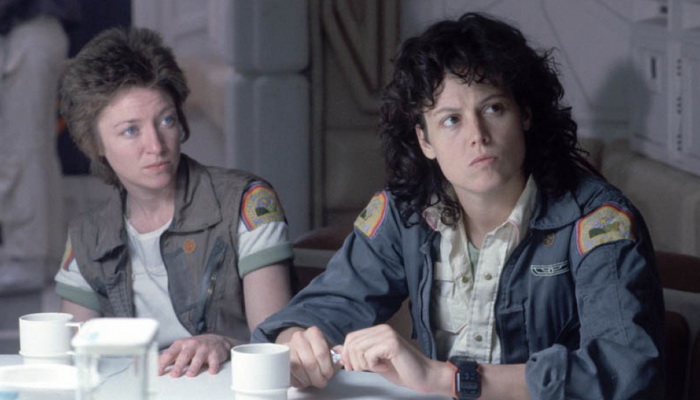 Lambert wasn’t exactly comfortable taking any unnecessary risks and wasn’t happy about having to track down the distress signal with Kane and Dallas. She also wasn’t content when Ripley refused to let them back onto the Nostromo when they returned. Lambert didn’t exactly fair well under pressure and as the bodies started piling up, she became increasingly manic. When Parker was killed by the creature, she just froze instead of running or trying to fight the xenomorph. A common theory by fans of the series is that Lambert was actually ‘raped’ by the Xenomorph as the creature’s tail wraps around her legs and everything is implied offscreen with the audience only hearing her screams over the intercom.

Lambert’s death was altered numerous times throughout the production of the film. In some early drafts of the script, the Xenomorph twists her head and takes it off. Another has her taken by the alien while Dallas tells Ripley in the Eggmorphing scene that the alien ate her. Yet another death sequence is where Parker accidentally burns her to death with his flamethrower as they are getting coolant for the shuttle.

Another idea was to have her body sucked out into space but this proved too costly though the idea was later used in Alien Resurrection. During filming, Lambert was supposed to crawl into a locker and die of fright but there’s wasn’t enough time to film it. Instead, we see the alien’s tail wrapping around Lambert’s legs (these are actually Harry Dean Stanton’s legs who plays Brett) and we hear Lambert’s death over the intercom.

NECA released a figure of Lambert in 2017 as part of Aliens Series 11 and then again for the Alien 40th Anniversary Series 4.