The first of Aliens vs Predator’s downloadable content has been released to the public. Those of you who shelled out for the Survivor or Hunter edition will already have these maps but to everyone else they’re new. The DLC, entitled Swarm Map Pack, is available on X-Box Live, Playstation Network and Steam for around  £5. The pack contains 4 maps: 2 for Survivor and 2 for the other multiplayer modes.

Hive is one of the two Survivor maps and it is a welcome addition. Survivor is a fantastic mode and offers a lot of fun experiences with your friends. However, its major failing is the severe lack of maps at time of release. The Swarm Map Pack has now bulked up the modes map count to 4. Hive is based on a segment of the Refinery level. For the marines, it’s the section when you find Van Zandt and for the Predators, it’s when you’re looking for the Elite in the hive. For those like me who have eagerly been awaiting a hive/industrial map this map will satisfy no end. 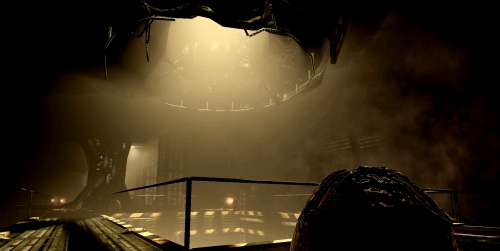 Your area of play is limited to a platform suspended above the hive floor. While not being a huge area, it’s also not so small as to slow down the flow of gameplay. Conveniently located are pulse rifle and shotguns, giving you a regular supply of ammunition. The hive sections and the platform give the Aliens plenty of manoeuvrability and plenty of camouflage and result in some fantastic and jumpy moments. A brilliant addition to the map is the inclusion of eggs and face-huggers that spawn. They can be a shock when you’re in the midst of a group of Aliens and the face-hugger attacks you. I found the level to be extremely atmospheric and made for some brilliant teamwork moments. It is easily my favourite Survivor map at the moment. The map is bordering on an addiction for me.

The last additional Survivor level is Machine. It’s based on the generator room from the Refinery levels. It’s a large level that definitely requires the use of a four map team. The size of the map and the way in which it is set out gives the Aliens a lot of shadows and machinery to get close enough to you to make you jump. 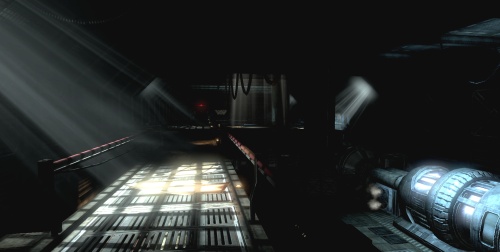 Having played it both alone and as part of a team, this map is definitely one for you and the buddies. Splitting up in two allows you to separate the alien swarm and make it more manageable. Even more interesting is that the map includes a rather powerful flamethrower that devastates the aliens. The only issue is making sure you put some distance between the alien and you, as when they go Pop(!) it can take you out with it: Suicide Aliens.

For me, one of the disappointing things about the multiplayer maps included in the standard retail edition of Aliens vs. Predator was that the maps all seemed to be focused around the Predator: Jungles and temples. The only level I thought truly reflected the Alien franchise was Refinery. Docks bring a good industrial and Aliens inspired map to the game. The map is set on the edge of a lake, featured a small complex that shares the same prefabricated appearance as the main colony in the marine campaign. 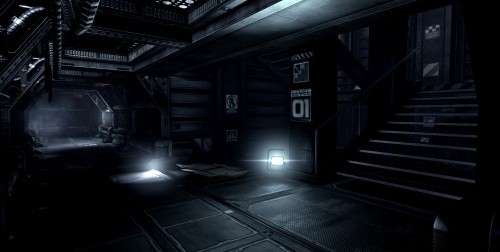 The map is medium sized, with environments ranging from the close and confined corridors of the facility to roof tops and huge, gaping dark garage ways. The level is very friendly to all three species and offers some tense battles. As a marine it is vital to keep moving in the corridors. As long as you have distance, you’ll be able to take out the aliens or predators in those confined spaces but the moment that alien gets on the ceiling, his tail attack can devastate you at those ranges. For the Aliens, the corridors and shadows add some amazing ambush points. And the Predator is catered to quite nicely with the huge open rooftop and outside. It’s an extremely fun and intense map to play on and could easily become a popular one.

Outpost is absolutely huge. It’s a massive map with underground tunnels and the destroyed remains of a marine complex. It’s based somewhat loosely on the ruins at the end of the first Predator mission. 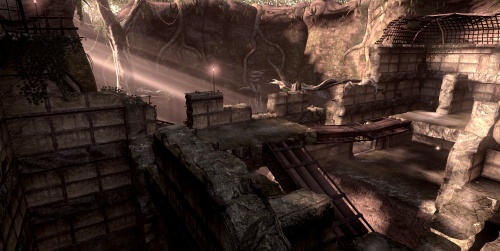 Due to the size of the map and the many different levels in it, it isn’t enjoyable unless you’re playing with at least 12 people. Otherwise you’ll often find yourself running around the map like a headless chicken trying to find someone. These games of hide-and-seek really slow the pace of the game down and ruin the map.

While I could criticize Sega’s decision to not release these maps with the retail release of the game, I won’t. They are a company after all and I welcome these additional maps. I thoroughly enjoyed both Survivor maps and Docks was fantastic. I just hope Sega and Rebellion continue to churn out the new DLC as Survivor currently only has 4 maps and that mode’s lifespan will depend on new maps. I think the Swarm  Map Pack is well worth the meagre amount of £5 just for the 2 fantastic Survivor maps alone.