Rebellion is no stranger to the Aliens vs Predator series. They first developed Aliens vs. Predator on the Atari Jaguar back in 1994 as well as the Aliens vs. Predator for PC in 1999. Now, they have been developing a new Aliens vs Predator first-person shooter for next-generation consoles and PC, due for release in early 2010. We interviewed Tim Jones, who is head of art and design at Rebellion, about the upcoming game. This interview was made after giving the community the chance to submit their own questions. We then selected the most popular questions to ask in our interview. Special thanks to ikarop for handling the interview with Sega and Rebellion. 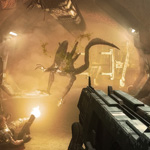 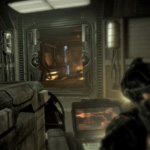 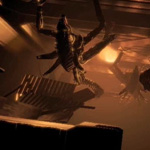 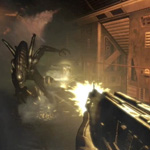 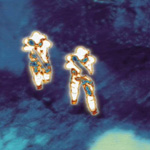 AvPGalaxy – Thanks for doing this interview. Can you give us a brief update on the game’s development?

Tim Jones – We’re pretty far on in development for the game, on track for our early 2010 release date. Currently we’re working on getting everything together for GamesCom in Cologne in August when we’ll be doing our next reveal for the game so keep an eye out for what we show!

AvPGalaxy – One of the most important aspects in a game is the soundtrack. Can you tell us who will be doing it?

Tim Jones – We’ve been developing it in-house in conjunction with a very talented composer named Mark Rutherford.  It’s all designed so that the tracks can adapt dynamically to the action in the game, with different threads in the mix being added and subtracted fluidly in real time.  We’ve just completed the recording with a full orchestra and the results are pretty stunning.

AvPGalaxy – From what we’ve seen so far, there are a number of AvP Requiem references such as the mines the Predator uses or the Predalien ripping out its victim’s spine in the E3 demo. How much input did the Strauses have in making the game?

Tim Jones – We’ve taken inspiration from elements in all the movies and the Strauss brothers brought some interesting new ideas to the franchise.  I had the pleasure of meeting them while they were still editing AvP Requiem and showed them some very early footage from the game, but otherwise I think they are very busy on other projects of their own.

AvPGalaxy – Are weapons from the original Predator films going to reappear in the game? For example, the Smart Disc or the Net Gun?

Tim Jones – Fans can expect to see familiar weapons from the Predator movies in the game. To date we’ve shown the Predator’s wrist blades, shoulder cannon and mines. There’s more to come so you’ll have to just wait and see….

AvPGalaxy – Is the Predator’s HUD seen in the E3 demo finalized? Is it customizable?

Tim Jones – The Predator’s HUD has evolved a little from that seen in the E3 demo, but the look and functionality is largely the same.  We have no current plans to make it customizable.

AvPGalaxy – Regarding the Aliens, how many types will there be? Are you including new ones?

AvPGalaxy – How are you implementing the alien life cycle?

Tim Jones – The Alien life cycle is fully represented in the game, but you will have to wait and see exactly how we approach it!

AvPGalaxy – What new abilities will the Aliens have?

Tim Jones – We’re working hard to ensure that the Alien character will retain its unique approach to navigating the environment but with an intuitive control system that will allow gamers of all abilities to pick and play as the Alien without any difficulty. The Alien as a playable character is genuinely unique with its ability to cling to any part of the environment, for example allowing it to track an enemy by following it from the roof above. The gruesome kill moves we’ve added will definitely raise some eyebrows… It’s particularly fun to play as in multiplayer and we think the fans will love it.

AvPGalaxy – How do you think the marine campaign will differ from “Aliens: Colonial Marines”?

Tim Jones – That’s really a question for SEGA, we’re developing the game that we want to make ensuring that it’s consistent with the previous AvP titles and evolving the franchise. From our understanding Aliens: Colonial Marines is very much about tactical squad gameplay, whereas with our game it’s much more of a solo survival experience – this is where we’ve found the real atmosphere and horror is for AvP. 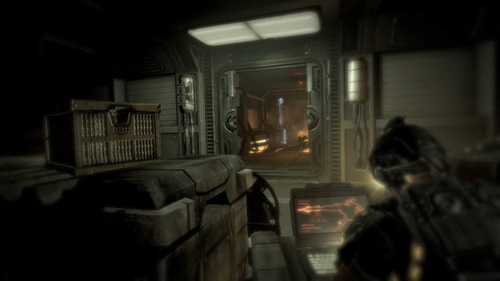 AvPGalaxy – Will the Marines feature any weapons or abilities they didn’t have in previous games? If yes, which ones?

Tim Jones – The game is set 30 years after the events of Alien 3 so all the technology has moved on since the weaponry from the movie Aliens so you can expect to see the familiar guns like the pulse rifle but with a little twist. And, yes, there will be new weaponry in there that you haven’t seen before but we’re keeping that under wraps for now…

AvPGalaxy – ‘Aliens‘ described pulse rifles as firing explosive, armour piercing rounds. Will we see Predators getting ripped apart as easily by these as Aliens are?

Tim Jones – Of course, you’ll see Predators being torn into by the Marine’s gunfire. It’ll takemore firepower than your average Alien but you’ll be able to take them down provided they don’t get to you first. As Dutch famously said: “If it bleeds, we can kill it…”

AvPGalaxy – Does the game’s storyline follow a linear path, or are there multiple ways to complete the game? Will there be multiple endings?

Tim Jones – The story will be linear for each of the three species, and each species has its own different ending. Each species has its own distinctly different and story driven single player campaign so to understand the whole story it’s recommended that you complete the campaign for all three. The three stories are all also interlinked so you will see cross over in the narrative between them.

AvPGalaxy – Tell us about character customization. Is there going to be any way of customizing your characters in SP or MP? If possible what can be changed in terms of aesthetics, character classes and skill proficiencies?

Tim Jones – We’ve decided to focus on making sure the balance between the 3 species different playing styles is just right so we aren’t planning on different classes as such right now, however you will be able to select from a number of cool character model variants in multiplayer.

AvPGalaxy – What modes are you working on for the multiplayer mode? Are Survival and Evac in your list?

Tim Jones – I can’t talk directly about multiplayer as we’ll be revealing more info on this later in the year. Suffice to say, multiplayer involving the three different species, each with their own unique playing style and abilities, is very interesting and will offer gamers something they’ve never experienced before online. 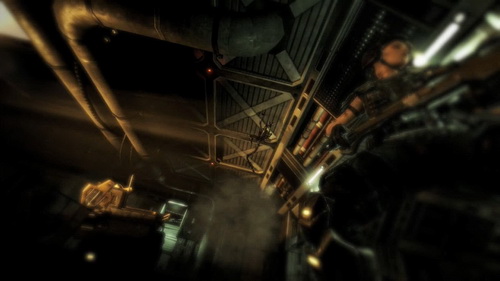 AvPGalaxy – The previous AvP games had a long life cycle thanks to toolsets and modifications. Do you have any post-release plans to further extend the game’s life with expanded toolsets or any other community-focused content-creation tools?

Tim Jones – We’re concentrating on making the game everything it can be right now – it is definitely our aim to make sure the game has as long a life as possible.

AvPGalaxy – At this point, has SEGA thought of releasing a playable demo?

Tim Jones – We’d love to release a playable demo for the game, it’s definitely something we’re very keen to do. I’m afraid I can’t tell you anymore, you’ll have to wait and see.

AvPGalaxy – Which future conventions do SEGA have in mind for showing this game?

Tim Jones – Our next reveal for AvP is at GamesCom in Cologne in August. It’s going to be a big one so definitely keep an eye out for what we’ve got to show on the game. There’s still plenty more to come, especially our multiplayer where all three species can face off against each other, so we’re very excited about the coming months leading up to our release date.

AvPGalaxy – Thanks for your time. We look forward to learning more about AvP very soon.