Aliens is considered by many to be one of the best sequels ever and it’s not hard to see why if you’ve seen it. Director James Cameron did something extremely rare for most directors. He made a sequel that surpassed the original whilst keeping many great elements from the original movie.

The story begins with Ripley being discovered in a deep salvage ship in space after being in hypersleep for 57 years. She soon learns that the planet where the original alien was found has been turned into a colony for people. When the company loses contact with the colony, Ripley is persuaded to go to go on a mission to the planet, but this time she’s not going along as a few marines armed with weaponry are also going. When they reach the planet, they explore and find signs that there was a struggle at the colony and the only survivor is a young girl called Newt. After their first encounter with the aliens, the marines soon find out that the hunters have become the hunted. When their pickup ship is destroyed, they seek refuge in a compound. From here on in, the mission turns into a life and death situation and there are a lot more thrills along the way. 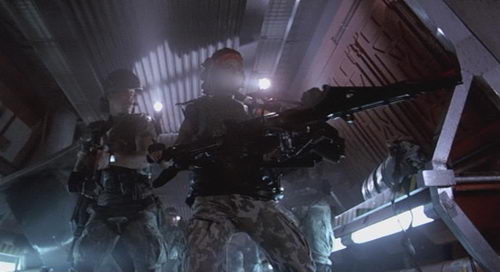 The film is directed by the legendary James Cameron who had just finished directing Terminator when he started work on Aliens. He’s directed some hugely successful movies since Aliens including Terminator 2, The Abyss and Titanic. Not only is James Cameron a great director, but he’s a great writer too given the interesting story and characters. Moving in a different direction since Alien, Aliens is an action film which works great and there are plenty of thrilling moments. The film is like a rollercoaster ride – which never runs out of steam.

The characters are all well-written and well-acted. The main characters include Ripley (Sigourney Weaver), Newt (Carrie Henn), Hicks (Michael Biehn), Hudson (Bill Paxton), Bishop (Lance Henriksen) and countless more talented actors. Bill Paxton also comes out with some memorable one-liners. There’s a lot of chemistry between the actors in the film. There’s also the Ripley-Newt relationship where Ripley acts as a surrogate mother towards Newt. Sigourney Weaver also received her first Academy Award nomination for Best Actress for this film. 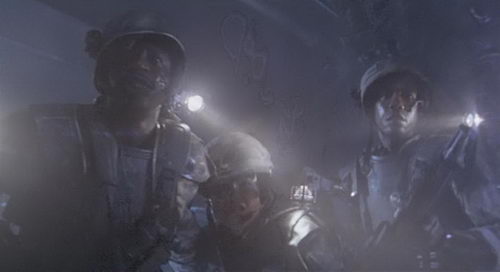 Aliens is very similar to Alien in that we don’t actually see an alien until an hour into the film. Most of the first half is taken up by story and characterisation. After that, it’s non-stop action. As you’ve probably guessed by the name, there’s more than one alien in the film – in fact there’s a whole hive of them. The creature designs aren’t quite as good as the creature in the original picture but that could be put down to the fact, the aliens are part of a hive with a Queen. Speaking of which, that’s one of the big surprises in the film. Stan Winston was responsible for creating the queen alien and the design and effects are brilliant. It’s possibly one of the best science-fiction creatures ever created. The final fight at the end of the movie between the Queen and Ripley in the powerloader is amazing.

There is also a special edition version of the film that was released in 1991 and there is 17 minutes of extra footage. This adds a whole lot more to the film in my opinion and ties up a lot of loose ends. For example, we find out how Hadley’s Hope was infected by aliens by showing Newt’s parents. Another scene reveals that Ripley had a daughter who died which perhaps explains her attachment to Newt. This is also the version I’ve seen the most over the past few years. 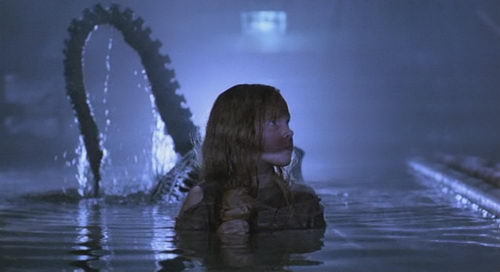 Not many sequels are as good as or even surpass the original film but Aliens does exactly that. No other Alien film could ever beat the level of quality that’s found in this film. You can watch this movie so many times and never get tired of it.