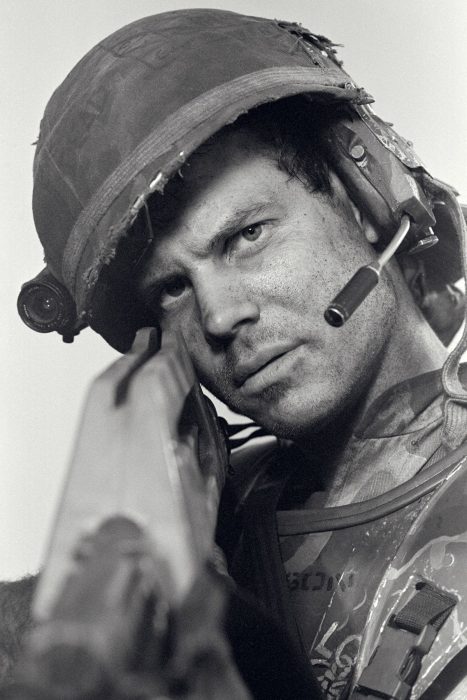 Private William Hudson was a member of the United States Colonial Marines Corps who was part of a team sent to Acheron to investigate the Hadley’s Hope colony. He is eventually killed when the Xenomorphs flood the facility and is dragged under the floor grates by a Xenomorph. Hudson was played by Bill Paxton.

As soon as Hudson awakes from hypersleep aboard the Sulaco, he makes sarcastic comments to Sergeant Apone and later to Vasquez doing pull ups. As the crew are having something to eat, Hudson asks Bishop to do his knife-trick. Drake then restrained Hudson while Bishop placed his hand over Hudson’s hand and performed the knife-trick, scaring Hudson in the process. When Gorman gives his mission briefing about the loss of contact in the Hadley’s Hope colony, Hudson makes fun of Vasquez again. He says she signed up to the mission when she saw ‘Illegal Alien’ thinking it was about immigrants.

The team descend onto the Hadley’s Hope colony on LV-426 in a dropship and make their way to the colony in an APC vehicle. Hudson bypasses the door to the main building and enters, making sure the way is clear of any Xenomorphs. His motion tracker initially detects something moving but this is only the result of hamsters moving. Hudson and Vasquez soon come across an acid-burnt hole in the floor grating which means Xenomorphs have infested the colony at some point. The team rescue a little girl called Newt who had been surviving in the colony on her own. 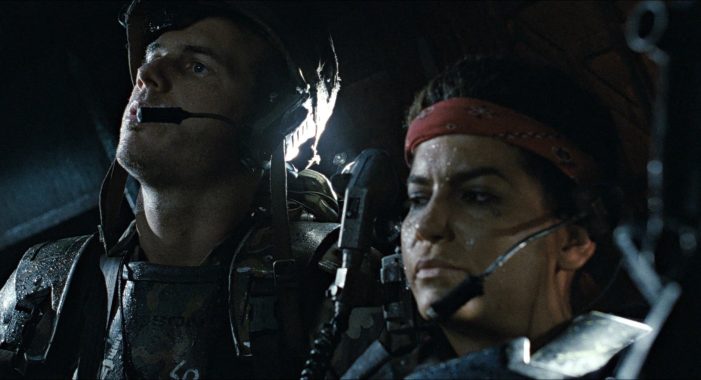 When the team regroup, Hudson accesses the main computers and realises the colonists wear all near the Atmosphere Processing Plant. The marines make their way to the colonists while Gorman, Burke, Ripley and Newt remain in the APC. The area appears to be covered in some sort of resin. As Burke realises that gunfire could rupture the Plant, he informs Apone who confiscates all the marine’s ammunition. The group come across a female colonist cocooned to the wall. She regains consciousness and begins to convulse, and a Chestburster bursts out of her chest. The marines burn it with their flamethrowers before it has a chance to escape.

This awakes all the Xenomorphs currently hibernating within the hive and attack the marines. Chaos ensues, marines are grabbed and attacked by the Xenomorphs. One of them almost takes Hudson but Hicks helps him just in time. The surviving marines make their way back to the APC. Hicks blasts one of the Xenomorphs attacking the APC with his shotgun which in turn injures Hudson’s arm with acid. After the survivors escape the complex, Hudson is dead against rescuing any more colonists. 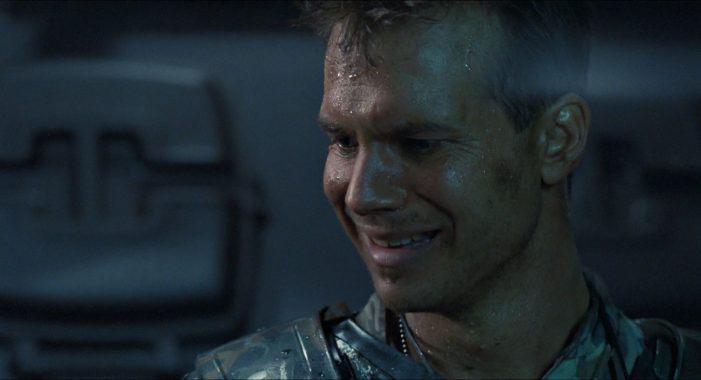 The team decide to escape in a dropship and nuke the site from orbit. After the dropship crashes, Hudson completely breaks down. The group return to the operations center to figure out what to do next. Ripley calms Hudson down and he helps set up sentry guns at key points in the building to stop the surge of Xenomorphs. When Ripley and Newt are asleep in the med lab, Burke unleashes two Facehuggers into the room. Ripley triggers the fire alarm and Hudson and Hicks come to the rescue. When Burke’s plan to smuggle a Xenomorph back with them, Hudson agrees with executing him right now.

Just before they do, the Xenomorphs cut power to the building. Hudson and Vasquez monitor the corridors with their motion trackers but they then realise they are vastly outnumbered. They fall back to the operation center and seal the doors. The group realise the Xenomorphs are in the ceilings and before they know it, the Xenomorphs descend into the room. Hudson manages to hold as many off as he can before he is dragged under the floor by an Alien. He is dragged off through the sewer system and cocooned. 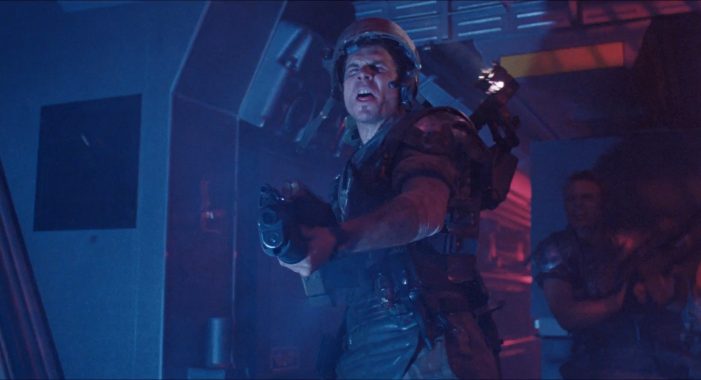 Right from the off, Hudson appears as a loud and sarcastic member of the Colonial Marines, always making jokes at other people’s expense. Before the Xenomorphs make their appearance, Hudson is extremely confident in the marine’s ability to handle anything that is thrown at them with their advanced weaponry and superior firepower at their disposal. He soon began to break down as they were ambushed in the hive and when the dropship crashed. Thanks to Ripley, he managed to regain his composure and set up defences before the Xenomorphs stormed the operations center.

Hudson carried the standard assault rifle, the M41A Pulse rifle and a M314 Motion Tracker to detect moving objects. He also had a field technician kit in a pouch which contains small tools and electronic devices which helped to bypass locked doors. He had standard issue M3 Pattern Personal Armor and an M10 Pattern Ballistic Helmet, with a TNR Shoulder Lamp attachment. Like most marines in the team. he has customized his armour. His chest plate had an image of a dagger and a skull and crossbones with the words ‘or Glory’ beneath it. He had written the name ‘Louise’ over his heart and the phrase ‘Contents under pressure, dispose of properly’ on his armor’s back plate

Bill Paxton previously worked on The Terminator with James Cameron and when Paxton was in London, he heard they were casting at Pinewood Studios for Aliens. Paxton went to the audition and read for the part of Hudson. He later returned to his London flat and thought he had done okay but didn’t think he would get the part. Paxton later returned to the United States and searched for other work. He then got a call from Cameron and told him he had got the part of Hudson. Paxton said he was excited to work with Cameron and producer Gale Anne Hurd again and the script was so good. The actor said he loved the mother-daughter relationship between Ripley and Newt and the “Grunts in Space” element in the story.