Following the announcement of the new mobile game Alien: Blackout, 20th Century Fox’s FoxNext has reached out to Variety to clarify their plans for the Amanda Ripley #ReadPlayWatch initiative:

“Alien: Blackout,” the mobile survival horror game revealed earlier this week, is part of a broader 20th Century Fox initiative to tell new stories in the franchise around Amanda Ripley. The initiative, branded around the “ReadWatchPlay” slogan, won’t include any other games, nor is it tied to a new feature film, 20th Century Fox’s FoxNext tells Variety.

“ReadWatchPlay is referring to individual entries for each one,” said TQ Jefferson, vice president of external development at FoxNext. “It’s exploring different elements of Amanda Ripley’s saga. ‘Alien: Blackout’ is a standalone premium mobile game. It’s not promotional for any other component of the Alien franchise.

While TQ Jefferson, vice president of external development at FoxNext said #ReadPlayWatch is referring to single media entries per word, we can’t help but think of both the upcoming Alien: Resistance comic as well as the Alien: Isolation novel, which feature Amanda Ripley. 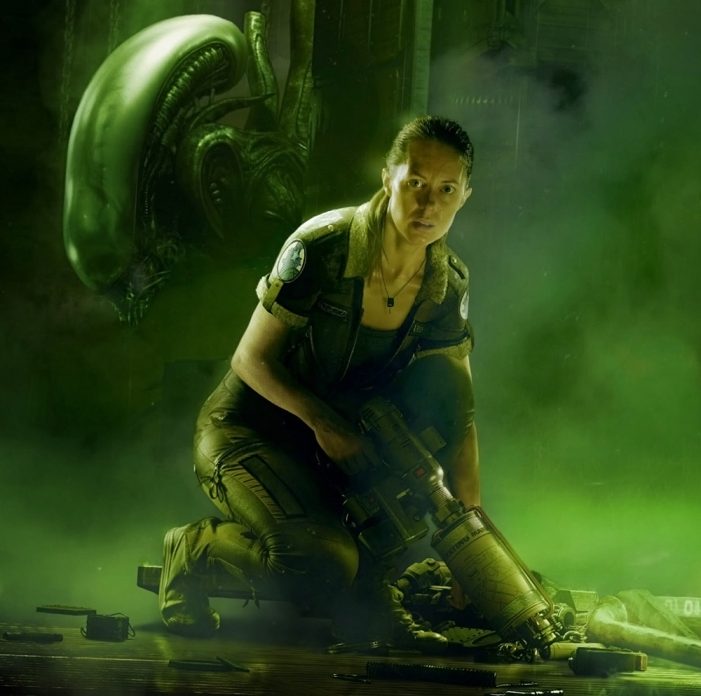 Many were disappointed in the revelation that the ‘Play’ part of the #ReadPlayWatch campaign referred to the soon to be released Alien: Blackout mobile game, rather than a AAA sequel to 2014’s Alien: Isolation, and took to Twitter and other social channels to voice (loudly) their displeasure at the news.

Some compared the announcement of Blackout to the blunder of Blizzard’s reveal of Diablo Immortal, a mobile title, to a room full of hardcore PC fans at BlizzCon in November of last year, but Jefferson doesn’t think that’s a fair comparison:

“I can see some people making a connection between ‘Diablo’ and this, but I think it’s a bit of a leap,” he said. “The ‘Diablo’ backlash was focused on free-to-play and mobile, our game is a premium mobile game where you pay one price and you’re done. It’s a contained experience.”

Jefferson said that he believes 20th Century Fox and the stewards of the Alien brand believe they are in touch with their fan base’s expectations and that they were aware that some wanted the news to be about “Isolation 2.”

“But it’s not that binary,” he said. “There are a lot of stories we can tell in the franchise. We can tell more stories about Amanda Ripley without it being an ‘Isolation’ game.”

He added that “Isolation 2” is not in development, but that the PC shooter from Cold Iron Studios is still in the works.

As you can see from the quote there, it seems there will be no microtransactions as part of the Alien: Blackout experience. This will certainly be welcome news to many, as microtransactions have become quite the controversial topic in the gaming industry recently, with some European countries outright banning certain forms of them.

While we are not surprised by the news that Alien: Isolation 2 is not in development, It’s still disappointing to hear it confirmed. It seems obvious that the marketing campaign led the wider gaming community to get their hopes up for a sequel. Hopefully with this backlash being what it is, Fox will see the reputation that Alien: Isolation has as a modern cult classic and consider a full-fledged follow-up.

Make sure you keep checking in with Alien vs. Predator Galaxy for the latest Alien news! You can follow us on Facebook, Twitter, Instagram and YouTube to get the latest on your social media walls. You can also join in with fellow Alien and Predator fans on our forums!