In a new article from Dual Shockers (via Den of Geek) FoxNext Games’ Vice President TQ Jefferson was asked about the possibility of taking Alien: Blackout from the portable screen and onto a console, specifically the Nintendo Switch.

“I think Switch is a good one to bring up and we’ve certainly seen many games go from mobile to console or more likely console to mobile. If I had to pick a platform to put it (Alien: Blackout) on, I’d pick Switch.”

While not confirmation of anything but it’s nice to know that FoxNext isn’t opposed to the idea of taking Alien: Blackout onto a console. Five Nights at Freddy’s, a series that Alien: Blackout seems particularly influenced by, was originally released on the PC but was also released on Android and iOS. It is also about to make the leap to console. 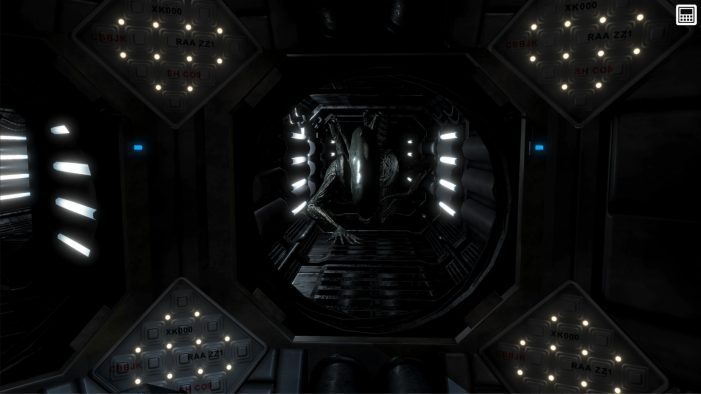 Alien: Blackout was built from the ground-up as a “premium” mobile game. A few days ago the official Alien Universe website shared a short Q&A with Blackout developers Rival Games Ltd.

What parts of the game are you most excited to see the fans react to?

We’re keen to see how well they think we’ve captured the feel of the original film as we really wanted to capture that for everyone! It’s going to be exciting to see how players use the gameplay mechanics to help the crew survive since there are so many ways to accomplish this feat.

Thanks to Eurisko on Twitter for the news. Make sure you keep checking in with Alien vs. Predator Galaxy for the latest on Alien: Blackout! You can follow us on Facebook, Twitter, Instagram and YouTube to get the latest on your social media walls. You can also join in with fellow Alien and Predator fans on our forums!