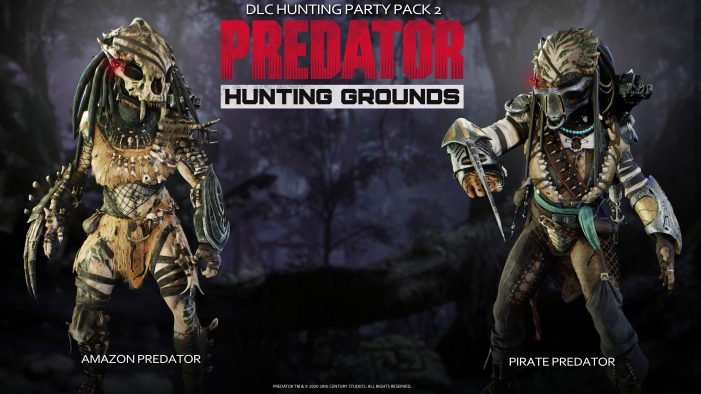 An incredibly prolific hunter first observed operating deep in the jungles of Brazil. She’s notable for her number of confirmed non-human kills, indicating she has either a resolute hunting code or is easily bored.

A rare, perhaps unique, Predator, she eschews the protection of the jungle for the challenge of the open sea. A scourge of great ocean hunters, she’s inspired more than one seafarer’s tale of monsters from the deep.

There was a question among fans as to if things have fully wrapped up with Predator: Hunting Grounds, as it had passed the usual every other month timeframe for updates. Though with Illfonic launching their new Ghostbusters: Spirits Unleashed game, it was likely all hands on deck for that one during October. But it seems as though the battle continues with these new Preds joining the fray.

These new Predators release with Patch 2.44 but they are the only updates in the patch. Two additional Predators – Celtic & Tank – as well as the Tracker Predator’s mask have previously been datamined, so hopefully those will be making an appearance next.

We’ll be keeping an eye out for new concept art of these Predators from Ivan Dedov, who did conceptual work for all of the game’s original Predators.

Hunting Party DLC Pack 2 is available for purchase on the PlayStation Store, Steam, and the Epic Games Store for $6.99/£5.79.

Thanks to MikesMonsters for the news! Be sure to keep your targets set on Alien vs. Predator Galaxy for all the latest Predator: Hunting Grounds news! You can also follow us on Facebook, Twitter, Instagram and YouTube to get the latest on your social media walls. Be sure to join in with fellow Alien and Predator fans on our forums as well!