It’s been a little quiet on Predator: Hunting Grounds front, with the last patch for the game back in June, enhancing the Wolf Predator model, adding an original mask, and implementing fixes. The last paid DLC class was the Emissary in April.

But now a new piece of Paid DLC has arrived in Predator: Hunting Grounds, The Bionic Predator! This is an original cyborg Predator that reminds us of the old ‘Lasershot’ Kenner figure! It’s also been some time since we’ve seen one of the original designs from Illfonic, with the last being the ‘Exiled’ Predator that released last October. 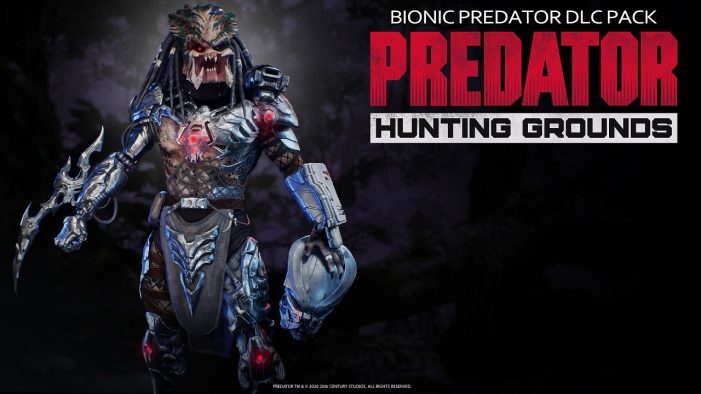 “Despite sustaining serious injuries in the field, this Predator’s will to live fueled its return to the field. Now, you can become an evolved hunter as the new Bionic Predator. This DLC pack includes the Bionic Predator premium class.

I actually really like the look of this original Predator. The model, predlocks, and mask are all intricately detailed, the Predator even sporting cybernetic prosthetic limbs and a glowing red eye.

Also part of this update is a new mask which is free for all players, the bone mask worn by the ‘Feral’ Predator in the recently released Prey! 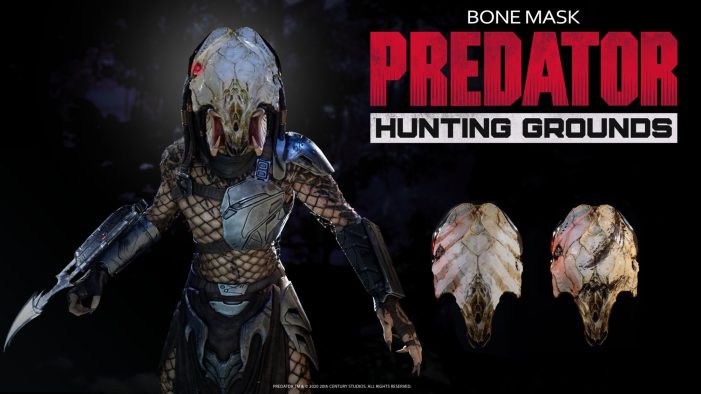 While it’s great to have this mask in the game, we can’t help but wish for a full Feral class!

The 2.42 update is live to download. The patch notes are pretty minimal for this one:

There are four additional Predator classes which have been datamined but have yet to appear in the game: Celtic, and three original Predators: ‘Tank,’ along with two new Female Predators ‘Pirate’ & ‘Amazon.’ Hopefully we’ll see these additional classes next! Beyond those classes we’ve seen more datamines including the Scar and Tracker masks that still haven’t shown. We’re continuing to enjoy the game so here’s hoping there’s more to come!

The Bionic Predator is available for purchase on the PlayStation Store, Steam, and the Epic Games Store.