Dropping today is the December update for Predator: Hunting Grounds! And this time we have a whole trio of Predators releasing as The Hunting Party DLC Pack!

The update was announced this morning on the PlayStation Blog. 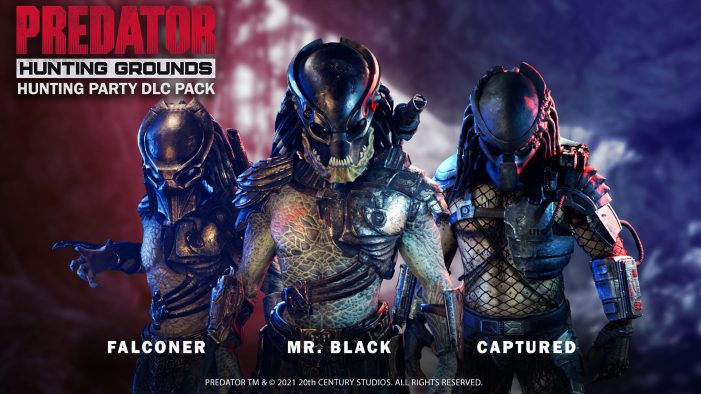 The Hunting Party pack features the long fan requested Mr. Black, as well as Falconer, and ‘Captured’ (aka Classic or Crucified), all Predators from the third film, 2010’s ‘Predators’.

“The Hunting Party includes Falconer, Captured, and Mr. Black Predators. This fearsome trio is sure to raise heart rates in the jungle over the upcoming holiday break. (Note the Falconer and Mr. Black include the bodies only since the masks have already been released in-game.)*

These three members of the Yautja race have been roaming the world for some time. Mr. Black, also known as a super, or berserker, Predator, was identified by Isabelle Nissenbaum while stranded on the Game Preserve Planet, and was involved in the first known instance of Predator subspecies conflict. Falconer, also part of the breed of Super Predators, employs unorthodox tactics and masterful reconnaissance on the hunt, but has shown a willingness to face his enemy on an even field. And then there’s the Captured Predator, a prisoner and victim of the evident blood feud happening on the game reserve planet, he is rumored to have belonged to the same clan as the original Jungle Hunter. An unfortunate encounter with this group of super Predators led to this Yautja being held captive, with a tarnished mask.” 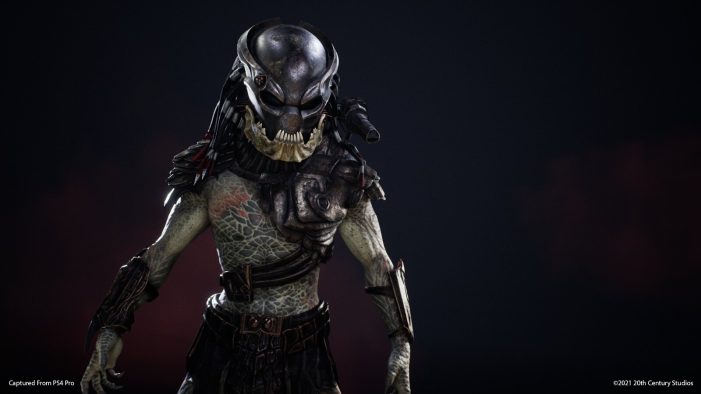 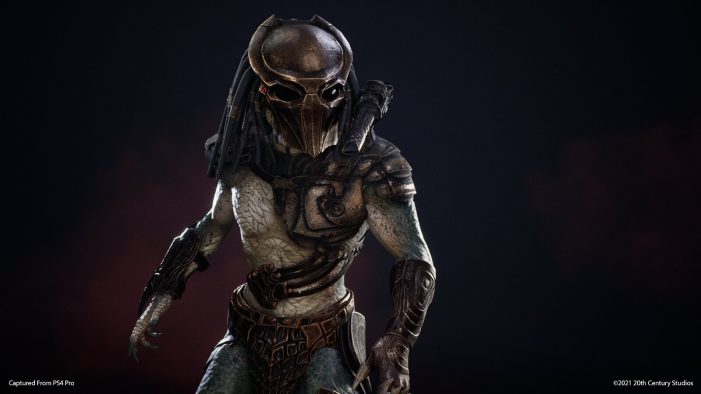 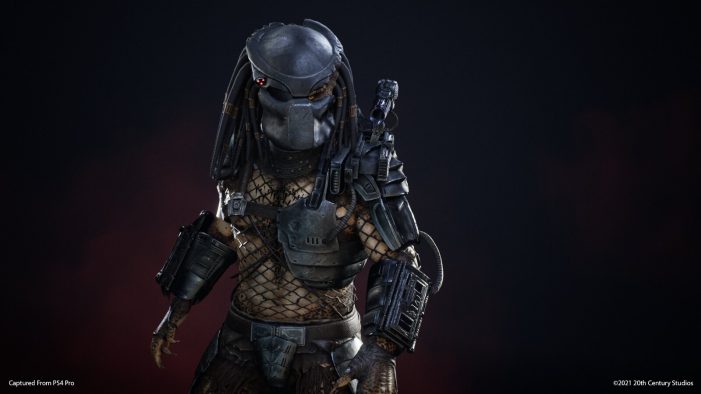 The Captured Predator essentially gives those who missed the pre-order offer of Jungle Hunter a chance to recreate that Predator by applying the Jungle Hunter’s mask unlocked via field lockers onto the new Predator.

This update also includes the Exiled Predator’s hook weapon from the October update, a combo-altering skin for the War Club. The weapon skin is available for everyone via gameplay progression at Level 95.

Also part of this update is a new cosmetic option for Predator masks, metallic scarring: 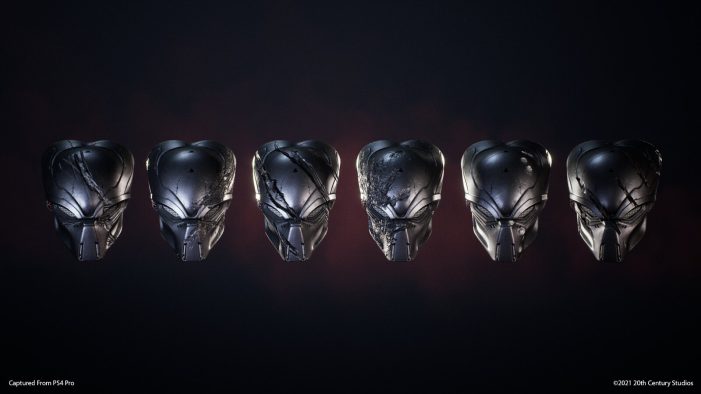 “we all know that Yautja are not invincible, and these new cosmetics show that they can definitely bleed. This update also contains the Predator Mask Scars cosmetics. We are pretty certain that the Predators wear their scars with pride. Now you can choose which war wounds to show off too.”

Releasing with this DLC offering is Patch 2.32 which includes various fixes including one for a visual issue which occurred when using the Predator’s heat vision on night maps.

Here are the full Patch Notes which were posted on the Illfonic Forum.

In the blog, the roadmap for new content was also updated, and Illfonic made it certain that more content is to come in 2022: 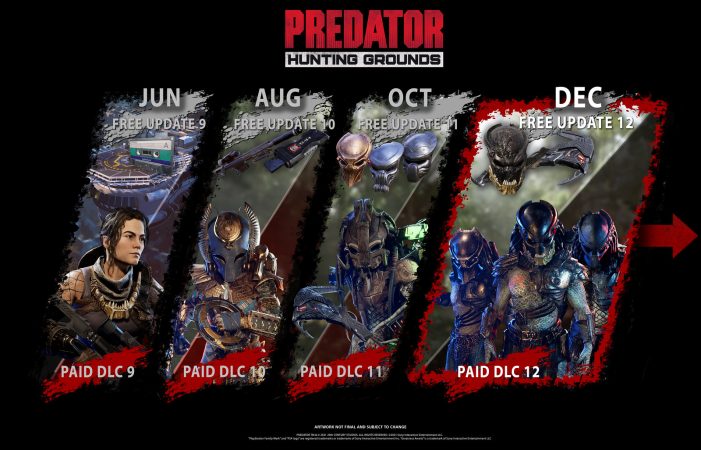 “All of us here at IllFonic want to wish you a wonderful holiday season! We hope to see you in the jungle over the break! And as we round the corner into 2022 and make our way to the 3rd Anniversary of Predator: Hunting Grounds we are honored to continue hunting next to you all! We have more coming in the New Year and cannot wait to share details in the future.”

Thanks to illfonic for all the great additions to Predator: Hunting Grounds this year, and we can’t wait to see what comes to the game next!

If you’d like to play as the Hunting Party, you can purchase the DLC pack on the PlayStation Store, Epic Games Store, and Steam.
Be sure to keep your targets set on Alien vs. Predator Galaxy for all the latest Predator: Hunting Grounds news!