Dutch is back! Today marks not only the release of a new patch for the game, but also the release of the first piece of downloadable content for Predator: Hunting Grounds. And it’s none other than the original Predator killer, back to tear it up alongside your Fireteam!

Purchasing the Dutch DLC will also get you early access to his QR5 and his knife, these are new weapons that are coming to the game. These weapons won’t be available to other gamers until later in June. These unique weapons have been used by  Dutch over the years while on the hunt for Predators. The QR5, Hammerhead, is a new weapon to the universe. It is a fully automatic assault rifle equipped with an underbarrel grenade launcher. The knife is a custom blade, taken from the gauntlet of a slain Predator and repurposed as a human weapon. Use this arsenal and play as the one and only Dutch on his mission to hunt down and kill the species who wiped out his team. I can’t wait to see Dutch face off against the Predator once again. See you in the jungle!

If you head on over to the PlayStation Blog, Illfonic’s CCO Jared Gerritzen has shared an article talking about the process of bringing this particular character back into the lore since his big screen debut and then disappearance.

We don’t know about you, but that was the longest two weeks from announcing to playing new game content for us. We are so excited the day is here and you get to experience Dutch’s story now with us with the free update. When we were looking to add Dutch into the game it wasn’t lost on us that 38 years would have passed from the ‘87 film to this game’s timeline, and that means a lot of life lived and stories to tell. It was really great to throw a bunch of ideas around and work with the team at 20th Century Studios Games to make sure everything made sense in the Predator universe. A lot has happened since then, literally and figuratively; comic books, more movies, new characters in the universe, etc. It was important to all involved that we could weave Dutch’s story throughout.

This update also comes with an exciting new lore drop (that you don’t need to purchase the Dutch DLC for) in the way of more recordings! Unlike the OWLF Recordings though, Dutch’s Tapes are all free and unlock as you progress in rank, rather than having to be found while you play. 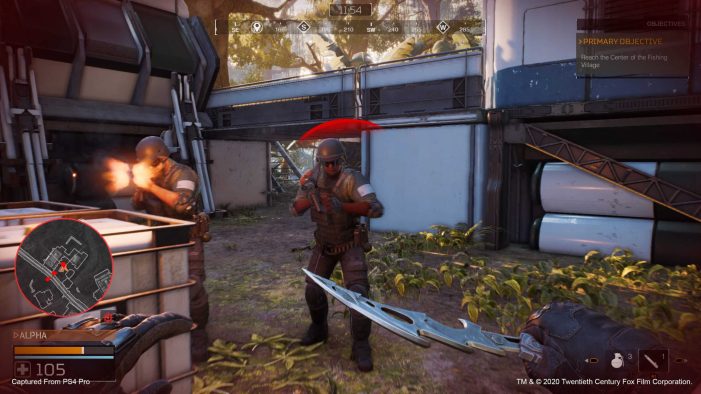 Dutch’s debut is made alongside the release Patch 1.08 which not only adds daily and weekly challenges, but the much revered Clear All Notifications button! You can find the full patch notes below!

What are your thoughts on the latest patch, and being able to step into the shoes of the legendary Dutch himself?