After the Hunting Party DLC dropped in December, we were told in the announcement on the PlayStation blog that updates for Predator: Hunting Grounds would continue into the new year.

Now we have our first DLC for 2022: The Wolf Predator has come to the Hunting Grounds! This marks the first time an AVP Predator has been included in the game. Wolf is a Predator character we were hoping for back in our Wishlist posted early last year, so it’s great to finally see him! 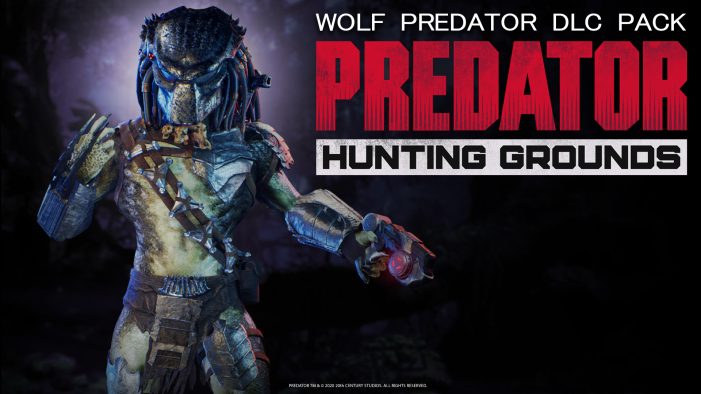 “With a track record of bringing down multiple Xenomorphs, and even a Predalien, this Predator has proved to be one of the most lethal foes your enemies will face in combat. Now, you can become a master hunter with the new Wolf Predator DLC pack.

Also unlockable for all players at Rank 250 is a new cosmetic Fireteam mask, “Noland,” which you might recognize from the film Predators!

Here are the patch 2.36 notes posted over on the Illfonic Forum:

Unlike previous DLCs, it doesn’t seem like we have a PlayStation Blog post with an updated roadmap to go with this one. We’ll update this post if that changes. If you’d like to play as the Wolf Predator, you can purchase the DLC pack on the PlayStation Store, Epic Games Store, and Steam.

The 2nd Anniversary of the game will be arriving later in April, so we’ll be keeping an eye out for another potential update around then.